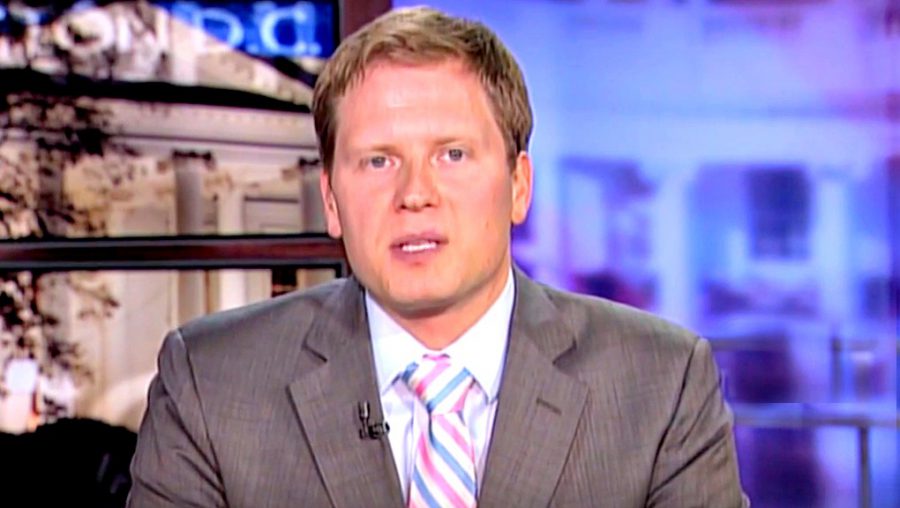 In February, Donald Trump quietly hired James Sherk from the Heritage Foundation to handle labor and employment policy. The appointment came with little public fanfare, as controversies over his then-nominee to helm the Department of Labor, Andy Puzder, swirled.

He’s a 2003 graduate of the Koch-funded Hillsdale College who has helped advance the corporate agenda of ALEC, the American Legislative Exchange Council, to undermine the rights of workers. He began his career with Heritage as a “Bradley Fellow,” a position named for the rightwing foundation in Milwaukee. Shortly after ALEC was created in 1973 and for several years afterward, ALEC was housed within the Heritage Foundation, which was launched by the rightwing activist Paul Weyrich with funding from the rightwing Coors family.

As the Center for Media and Democracy has documented, Sherk has many ties to the Koch-funded ALEC. For example, at ALEC’s winter meeting in DC after the 2012 election, Sherk gave a presentation titled “how to limit union influence and expand worker choice.”

Sherk has also been a paid professional advocate for changing U.S. laws to limit the power of workers and unions, testifying for ALEC bills designed to undermine unions and worker rights.

For example, in 2015 anti-labor activists targeted Wisconsin’s private sector unions. With core components lifted word for word from an ALEC bill, ALEC legislators in Wisconsin rushed through a so-called “right to work” bill in less than two weeks, despite widespread business and grassroots opposition. That bill also delivered on a promise made by Scott Walker to billionaire Diane Hendricks, who has been part of the Koch network of billionaires, in his infamous “divide and conquer” plan that was caught on film.

Sherk was flown into the state as an “expert,” to try to help legitimize the unpopular effort. The only others that testified in favor of the bill were corporations, which stood to gain from lower wages, and paid advocates like Sherk, representing the corporate- and rightwing billionaire-funded Heritage Foundation. Sherk claimed that the bill will “drive down labor costs,” in other words lower the wages of workers in the state.

Sherk has also joined ALEC in what Heritage has grandiosely dubbed as a “movement to experiment with local right-to-work laws,” an effort to use local measures to get around regulation of unions that had been delegated to the states under federal law. In 2014, Sherk urged local governments to limit the power of unions through local right-to-work ordinances if a state had not taken action, despite the language in the National Labor Relations Act.

As CMD has documented extensively, ALEC launched its American City County Exchange (ACCE) project along with an effort to push such measures locally, in Kentucky and other states.

As CMD noted, ALEC/ACCE worked with Brent Yessin, a Kentucky native and anti-union lawyer who created a nonprofit called “Protect My Check” to push such measures. Yessin reportedly approached Sherk with the idea in 2014.

One of their objectives was to draw labor into numerous, resource-intensive fights: “There are literally thousands of targets for the initiative,” Yessin said of the effort as reported in the New York Times, “Doing this county by county, city by city is more time consuming, but it’s also more time consuming and draining for the unions to fight.” This component of ALEC’s corporate agenda was featured on the front page of the paper in the article “Foes of Unions Try Their Luck at the County Level.”

The ALEC/ACCE “Local Right to Work Ordinance” was adopted by the ALEC Board of Directors in January, 2015 and was quickly adopted in twelve Kentucky counties. However those measures, which were subject to an unsuccessful legal challenge, were basically supplanted by the recent actions of the Kentucky legislature. After Republicans took control of the state political branches in the November elections, Kentucky became the 27th “Right to Work state.”

As CMD has noted: “The ultimate goal, according to speakers at the 2014 ALEC/ACCE conference, was to defund labor unions, which are one of the few counterweights to corporate political influence. Right to work laws themselves cut off union funding by allowing workers to avoid paying for the costs of union representation, even as they benefit from union-negotiated wages and benefits. But pursuing Right to Work on the local level additionally draws unions into dozens or possibly hundreds of costly battles, further depleting labor’s resources and with it, their influence.”

With the appointment of Sherk, ALEC has another ally with the president’s ear. In his new role, Sherk will be in a position to try to move national labor laws to look more like Kentucky and Wisconsin.

In November, Trump advisor Newt Gingrich predicted as much, “it will just be like Madison, Wisconsin, with (Gov.) Scott Walker. The opposition of the government employee unions will be so hostile and so direct and so immediate, there will be a continuing fight over who controls the country.”