› News › Groups, Members of Congress Call for Scrutiny of Gorsuch’s Record on Money in Politics 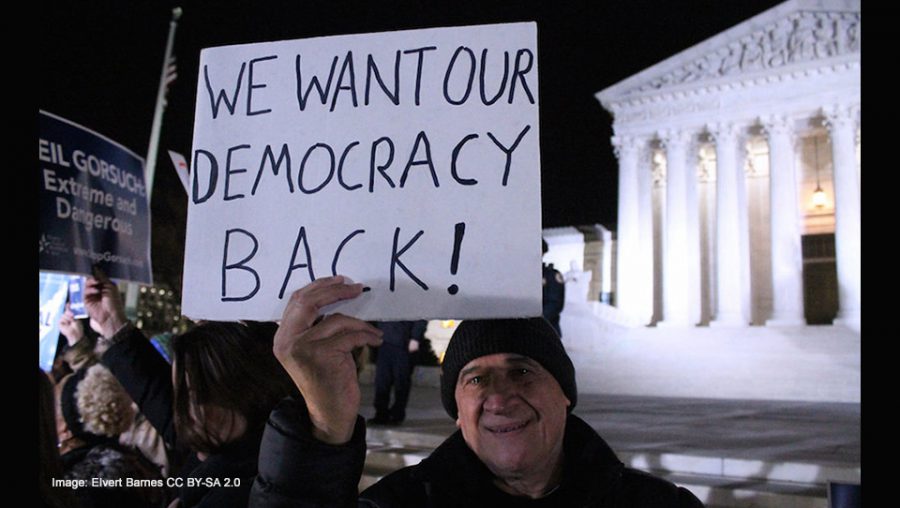 The Center for Media and Democracy joined 120 other democracy reform and advocacy organizations yesterday in a letter to Senate leadership and the Senate Judiciary Committee calling for close scrutiny of Supreme Court nominee Neil Gorsuch’s stance on Citizens United and the escalating influence of big money in politics.

The groups asked senators to “vigorously pursue this essential question:”

Will Judge Gorsuch’s legal philosophy lead him to strike down even more protections against the use of corporate or personal wealth to influence elections, such as candidate and party contribution limits, or will he permit sensible limits on political money in order to ensure the voices and will of all Americans are fully represented within the political process?

The House letter proposes several specific questions for Gorsuch’s confirmation hearing, including whether he supports common sense limits on political spending, whether he would support broader justifications for limits than quid pro quo corruption (bribery), and how he would have ruled in the controversial Citizens United case that unleashed unlimited corporate political spending in U.S. elections.

Both letters can be found below.