› Featured Investigations › ALEC › Reagan vs. Cities: The Battle Over South African Apartheid and Lessons for the Trump Era 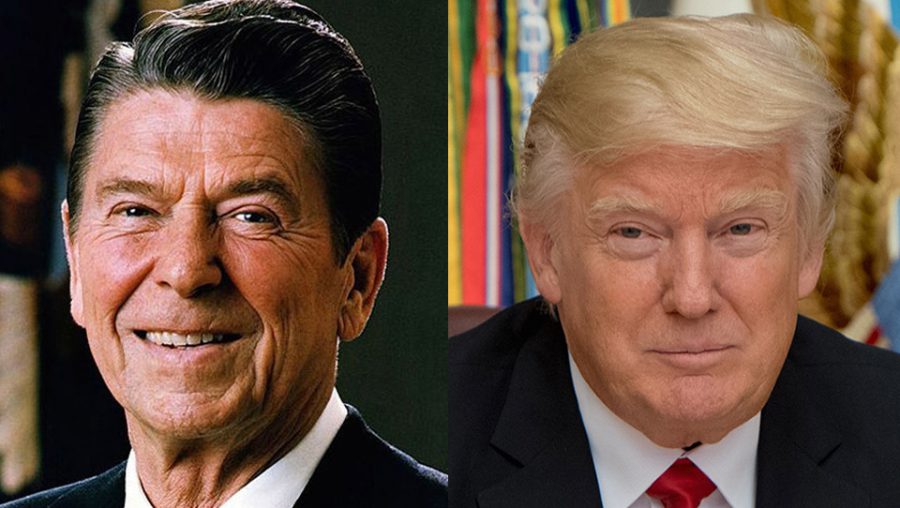 The report “Reagan vs. Cities: The 20th Century Battle Over South African Apartheid & Lessons For The Trump Era” provides historical examples of how cities and states can wield power in the face of threats of retaliation for local policies that defy a president’s political agenda.

Between December 2016 and June 2017, researchers from Jobs to Move America combed through thousands of pages of declassified documents from the Ronald Reagan Presidential Library — legal memos, policy guides, court briefings, and correspondence between companies and the Reagan administration.

“Reagan Vs. Cities and States: The 20th Century Battle over South African Apartheid” tells the story of how cities and states joined the fight against apartheid in South Africa and won even as the Reagan administration and special interest groups like the American Legislative Exchange Council (ALEC) sought to suppress those efforts.

ALEC was an early opponent of divestment efforts, distributing a report against divestment to federal, state, and local officials. As this new report details, ALEC was imbedded in the Reagan Administration’s push back on the sanctions movement and was considered by White House insiders to be crucial to providing the intellectual “firepower” for the push back in cities and states. ALEC opposed divestment throughout Reagan’s entire term and up until the dismantling of the apartheid regime, applauding Oregon for rolling back divestment in 1991.

ALEC has never apologized for those activities. ALEC has also long opposed socially responsible investing by states and cities, and to this day has been opposing shareholder responsibility efforts.

Now, the Trump administration is borrowing an idea from the ALEC playbook, threatening “sanctuary cities” with the removal of federal funds if they continue to aid immigrants. ALEC has long had a “model bill” condemning sanctuary cities.

By 1991, 28 states, 1 territory, and 92 cities had imposed sanctions, divestment, or other measures on companies doing business in South Africa, costing U.S. corporations substantial sums — in order to stand up for the human rights of black South Africans repressed by a white supremacist regime. The Reagan administration continued to oppose these local efforts, as it had in the case of the New York City law, by implementing measures to undercut cities and states including the threat to withdraw federal funding for many local initiatives.

Notwithstanding the Reagan administration’s efforts, sustained opposition to the apartheid system caused its downfall in 1991. The sanctions and divestment movement is credited for playing a critical role in apartheid’s demise.

In 2017, President Donald Trump’s advisors have revisited the Reagan playbook to advance his bid to engage in mass deportations of undocumented immigrants working in the U.S. A few days after assuming office, Trump signed Executive Order 13768, “Enhancing Public Safety in the Interior of the United States.” The Order requires state and local officials to share information about individuals’ immigration status with federal immigration officials. Trump threatened to withhold federal funding from cities that provide “sanctuary” to undocumented immigrants and do not abide by the Order. Although San Francisco and several other U.S. cities brought legal challenges to the order, the Trump administration continues to look for ways to implement their policies.

In the Trump era, as cities and states around the country prepare to challenge the White House, they can look to the example of the anti-apartheid movement, when grassroots groups and activists joined together with cities and states to fight the federal government’s threats and together helped the movement of black South Africans triumph over a repressive regime.

The report was written by Jobs to Move America, a national organization uniting community, labor, faith, civil rights, philanthropic, academic and environmental groups and the Center for Media and Democracy. CMD’s Executive Director, Lisa Graves, JMA’s Madeline Janis, and Dr. Mary Frances Berry, a leader of the Anti-Apartheid movement, participated in a call to announce the findings of the report this week.