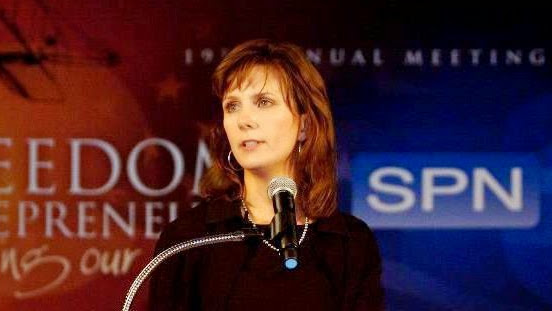 The remnants of Hurricane Harvey are still generating devastating floods in South Texas and Louisiana. While the Texas State Association of Firefighters and the Houston Police Officers Union and countless other public workers are working night and day on search and rescue — and a fleet of union nurses start to arrive from around the country — a little know ally of the American Legislative Exchange Council (ALEC) is meeting in rain-soaked San Antonio planning an attack on public sector workers nationwide.

The $80 million network of state “think tanks” and other right-wing organizations known collectively as the State Policy Network (SPN) is holding its annual meeting in San Antonio this week with Koch operatives, corporate donors, and ALEC staff to coordinate an assault on American unions. SPN is bankrolled by many of the same companies as ALEC and receives funds from the Charles G. Koch Foundation.

What else is SPN planning to do while the impacts of Houston historic and catastrophic flood is still being felt? Why roll back renewable energy and promote the interests of their fossil fuel funders of course.

These priorities and more are on the schedule for SPN’s 25th anniversary meeting at San Antonio’s swank JW Marriott San Antonio Hill Country Resort & Spa where participants can recover in a sauna or hot whirlpool if they get caught in the rain.

SPN Wants to Deal a “Mortal Blow” to the “American Left”

In public, SPN “think tanks” claim to be “independent,” “non-partisan,” “charitable organizations.” Behind closed doors, its all politics.

SPN’s secret campaign to get rid of public sector unions was brilliantly exposed yesterday in the Guardian as part of a political effort to deal a “mortal blow” to the “American left” and the Democratic Party.

“A network of conservative thinktanks with outposts in all 50 states has embarked on a ‘breakthrough’ campaign designed to strike a ‘mortal blow’ against the American left. The aim is to ‘defund and defang’ unions representing government employees as the first step towards ensuring the permanent collapse of progressive politics,” writes the Guardian‘s Ed Pilkington.

Documents uncovered by the Madison-based Center for Media and Democracy, including a SPN secret “toolkit” of bills that can be used to destroy unions and a fundraising letter for a $8 million campaign (documents also attached below), do just that. As a point of comparison ALEC is only about an $8 million dollar organization; it works hand in hand with SPN peddling state laws, like the anti-worker “right to work” and Voter ID, that rig the system in favor of Republicans and disadvantage Democrats.

SPN’s union-busting “tool kit,” a series of bills including one borrowed from Governor Scott Walker’s Act 10 bill. It requires unions to annually re-certify by a vote of 50 plus one of the bargaining unit (not just the majority of those voting like in a normal campaign). With poll-tested spin, SPN is pushing this law in the name of “worker voting rights,” but it really a poison pill that forces unions to spend all their time and energy on internal elections. Imagine if a law was passed forcing corporations to reincorporate annually in the name of “shareholder rights.”

As SPN tweets about its numerous panels focusing on the destruction of unions, over 1,000 registered nurses from 49 states and Puerto Rico have answered the call from one of the largest nurses unions in the country National Nurses United for Hurricane Harvey volunteers. How can all those wonderful nurses afford to head to Texas? Why because their union is paying for it of course.

Rigging the Game in Blue States and Red

A panel titled “Blue State Strategies for Local Right-to-Work” suggests that SPN members are taking a page from ALEC’s American City County Exchange (ACCE) playbook to pass a local version of the union crushing measure in states controlled by democrats. ACCE is an attempt to recreated ALEC’s network of legislators and lobbyists at the local level to pass cookie-cutter corporate legislation.

F. Vincent Vernuccio, senior policy advisor at the Mackinac Center who patted himself on the back for passing anti-union “right to work” legislation though a lame duck session in Michigan will also be on the panel along with Rebecca Friedrichs, the plaintiff in the union busting Friedrichs v. California Teachers Association case.

Other anti-worker panels at the SPN meeting:

You can be sure that when SPN is talking about the “forgotten American worker” some revisionist history is in of offing. SPN groups and ALEC have pursued a relentless campaign to promote job killing free trade agreements, crush any effort to raise wages, privatize pensions to benefit cut-throat corporations, and strip Americans of health care.

And as explosions occur at a chemical plant in South Texas due to the floods, SPN has other goals as well — attacking renewable energy and promoting fossil fuels.

Virginia’s Thomas Jefferson Institute for Public Policy will once again host the State Policy Energy Summit on the sidelines of the SPN meeting with support from the Bradley Foundation, the fossil fuel funded Consumer Energy Alliance, and the coal funded E&E Legal Institute.

The Summit is held under tight security and the public agenda is not very informative. There are panels on offshore gas and oil development, electricity generation and “Dealing with the Trump Administration Energy/Environment Policies,” plus another on an “Issue Update,” but no speakers are disclosed.

SPN and ALEC have consistently worked to continue fossil fuel development and oppose regulations that may hurt the bottom line of polluting companies. In 2015, ALEC and SPN joined together to fight the Environmental Protection Agency’s “Clean Power Plan,” a set of rules limiting carbon dioxide pollution from coal plants. And at this year’s ALEC meeting in Denver, a Resolution Regarding Property-Assessed Clean Energy Programs was considered that opposes state funding for green energy projects on private buildings.

A panel at the SPN meeting following the Energy Summit titled, “Take the Power Back: Ending State and Local Energy Subsidies” with James Voyles of the “Consumer Energy Alliance” pushes the same agenda. Voyles wants to help SPN “push back” on renewable energy programs including roof top solar, net metering, rebates, grants, and the highly popular Property Assessed Clean Energy program. Who does that benefit? Only the coal, gas and oil companies that underwrite this nutty agenda.

Other SPN panels that target the environment:

With good friend Betsy DeVos at the helm of the Department of Education, SPN members will also advance the privatization of the American public school system. The panel titled, “In it Together: Take Advantage of Federal Education Policy Opportunities and Stay Principled” best details how the network will not let this opportunity pass.

From offering financial incentives to lifting charter school caps to encouraging school choice options for students in failing schools, the federal government has presented states with new opportunities to serve students. Hear what opportunities exist now through the “Every Student Succeeds Act” and what else is coming. A more education reform-friendly Administration and Congress needs to hear from you, as well, so come armed with your best ideas that would release states from federal rules and regulations that negatively impact students, teachers, and school leaders.

The charter school pusher Lisa Graham Keegan, Executive Director at A for Arizona and former Arizona Superintendent of Public Instruction and Brad Thomas, Senior Policy Advisor at the U.S. House Committee on Education and the Workforce will speak.

Other panels attacking education include:

And let’s not forget one final panel — “Is Your Organization Prepared for the Next Leftist Attacks on the Network?” will teach SPN members how to fight back against groups exposing their true agenda. “State Innovation Exchange (SiX), Center for Media and Democracy, Indivisible Guide, Progress Now . . . these are just a few of the many leftist organizations seeking to undermine the state think tank network,” writes SPN.

CMD’s research team contributed to this article. Learn more about SPN at ExposedbyCMD.