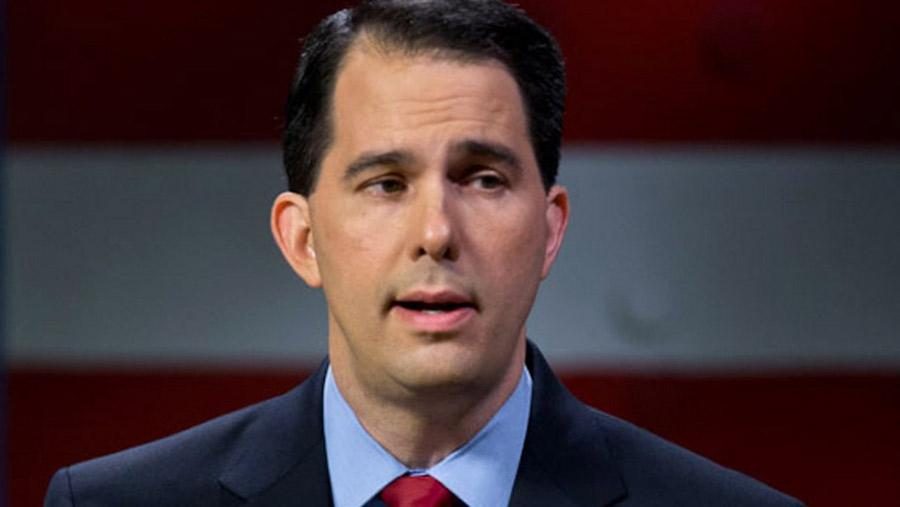 Dear Bill Lueders and the FOIC Board,

We urge you to rescind the “Openness” award you gave to Gov. Walker earlier this year.

Recent revelations by two of Walker’s former cabinet secretaries, along with other examples of his sorry performance when it comes to openness, make it vital that the FOIC set the record straight.

In his new book, Unethical, Walker’s former Department of Corrections Secretary, Ed Wall, reveals the lengths to which the governor and his staff went to dodge the open records law:

Was I instructed to craft emails and letter responses that would be sent by email to intentionally create a charade of public records? Yes. Were we instructed to fax information to the governor’s office to avoid creating a traceable record? Yes. Were we provided the personal cell phones of other cabinet secretaries and the governor’s staff to avoid using state phones? Yes. Was I ever chastised for using state email to communicate with the high-level officials or the governor’s office? Yes. Did I believe it was a ridiculous waste of taxpayer dollars to avoid public transparency? Yes.

On top of this, Peter Bildsten, formerly Walker’s Secretary of the Department of Financial Institutions, just this week confirmed Wall’s observations, saying, “I was told to avoid creating electronic records.”

These accounts, in and of themselves, would be enough to disqualify Walker from meriting any “openness” award.

But his other actions to thwart disclosure make the case for rescinding his award even more compelling.

Consider how, for six years now, Gov. Walker has refused to disclose the identity or identities of those who contributed over $446,000 to a criminal legal defense fund. He used these anonymous funds to pay attorneys he retained in the course of investigations of political corruption in his campaign and among close aides and associates.

Not content to keep information about his own finances from public view, Walker has actively sought to expand this lack of transparency to others. With his signing of the disastrous campaign finance rewrite of 2015, Walker eliminated the requirement to disclose the name of the employer of each donor who gives more than $100. This makes it much harder to find out if there are special favors being given to those employers in return.

Walker’s new law makes it much harder to track who is trying to influence our elections by exempting from registration requirements independent expenditure groups or PACs that don’t spend more than 50 percent of their expenditures in Wisconsin during a campaign year.

His signature also allows candidates to secretly coordinate with outside issue advocacy groups that can receive unlimited donations and spend unlimited amounts without ever having to disclose the names of their donors.

The public pays for the mansion where Gov. Walker now lives. But in response to a request for the log of comings and goings at the mansion made by One Wisconsin Now that took nearly half a year to fulfill, Gov. Walker’s administration claimed they had no records for a six-month period and, deeming them “transitory records,” claimed it had no obligation to even maintain them.

Perhaps most shocking of all, for more than a year, Walker refused to disclose his own public records relating to his attempt to destroy the mission of the University of Wisconsin system. Only after a judge ordered him to do so, in response to a lawsuit by the Center for Media and Democracy, did Walker disclose his emails showing that it was his own bright idea to remove “the search for truth” from the mission statement of the UW System.

Please do the right thing and rescind this award. Walker doesn’t deserve it.