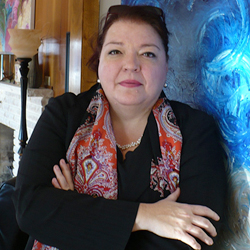 The court’s new majority is being asked by billionaire Charles Koch’s nonprofits to expand on the notion that “money is speech.”

A new review of grant documents, first published on the dark web, provides a snapshot of how groups tied to Leonard Leo–the man who put Amy Barrett on President Trump’s list for the Supreme Court–have been secretly funded to file briefs with the Supreme Court to overturn U.S. laws, including the Affordable Care Act.

A last minute spending blitz by the RSLC in Wisconsin’s spring 2019 Supreme Court election played a key role in tipping the scales of the election in favor of Brian Hagedorn. Mere days after Leonard Leo’s Judicial Crisis Network gave $1 million to the group, it dropped $1.2 million in ads in just the final week of the election.

He should be impeached, not elevated.

The Center for Media and Democracy joins more than 350 news outlets across the country in denouncing Trump’s attacks on a free press.

The Bradley Foundation underwrote new efforts to undermine popular public policies that help women and families, such as paid sick leave laws through funding for the controversial Independent Women’s Forum.

The Academy of Motion Picture Arts and Sciences has nominated Ava DuVernay’s film “The 13th” for an Oscar!

Written Statement of Lisa Graves on Behalf of the Center for Media and Democracy Submitted to the U.S. Senate Committee on Foreign Relations.