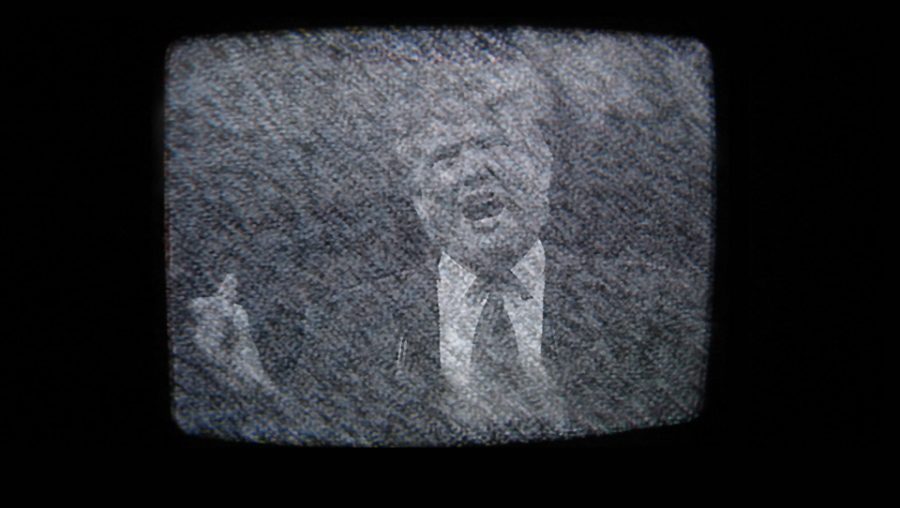 Donald Trump’s attacks on the freedom of the press are truly despicable and unworthy of an American president of any political party.

His penchant for lying so regularly about verifiable facts, and about the outlets and reporters who report facts he does not like, is unprecedented.

This pattern started the day he officially became president of the United States, the day he swore an oath to defend and protect our Constitution and then pushed petty lies aggrandizing the size of his diminutive Inauguration crowd.

I doubt the 45th president has ever read through our Constitution, let alone the 45 words in our First Amendment.

The enforcement of that amendment–and the public respect his predecessors in the White House have given that part of our Bill of Rights–is one of the things that has distinguished our nation as a beacon of freedom across the globe.

These first freedoms are what generations of brave Americans have fought and protested for–for human rights, for human dignity, for the right of humans to practice their faith, to speak their conscience, and to have a press that is free to criticize the powerful, including the president. So it was especially appalling when Trump used his July 24 speech to the Veterans of Foreign Wars in Kansas City, Missouri, to vilify the press and incite the crowd to boo the reporters covering the event.

Every patriot and American president, at least until now, knows that a free press is crucial to a free and open society.

Trump is the most un-American of American presidents in history, not just because he has alienated America’s closest and longest allies in favor of corrupt demagogues in league with kleptocrats, but because he purposefully incites attacks on the press by his followers, despite his duty to uphold the First Amendment and protect our Constitution.

Needy for positive reinforcement for his hateful insecurities, he arouses the bile of his cult-like rageaholics with his lies about a press in America that dares to expose him. That’s because most in the media defy his efforts to construct a Trumpian “reality” (show) built on lies he has uttered or tweeted or has had his sycophantic minions in the White House or on Fox echo. Like a cult leader, he tells them not to believe what they see but to believe only him.

As if taking his cues from the fake Great and Powerful Oz, he fumes at anyone who does not bow down before him. As the President of the Board of the Center for Media and Democracy, I can tell you that we won’t. Ever.

Fortunately, Trump’s time using the bully pulpit of the presidency to peddle his white supremacist, sexist, greedheaded extremism will be limited. He will be even more reviled in history than in the present, for his utter contempt for our Constitution and the values it protects.

We stand by the words the U.S. State Department has published to mark World Press Freedom Day for the past several years–including this year–in spite of Trump.

The United States values freedom of the press as a key component of democratic governance. Democratic societies are not infallible, but they are accountable, and the exchange of ideas is the foundation for accountable governance. In the U.S. and in many places around the world, the press fosters active debate, provides investigative reporting, and serves as a forum to express different points of view, particularly on behalf of those who are marginalized in society. The U.S. commends journalists around the world for the important role they play, and for their commitment to the free exchange of ideas.

The U.S. in particular salutes those in the press who courageously do their work at great risk. The press is often a target of retaliation by those who feel threatened by freedom of expression and transparency in democratic processes. Journalists are often the first to uncover corruption, to report from the front lines of conflict zones, and to highlight missteps by governments. This work places many journalists in danger, and it is the duty of governments and citizens worldwide to speak out for their protection and for their vital role in open societies.

Today the Center for Media and Democracy joins more than 350 news outlets across the country in unequivocally denouncing Trump’s attacks on a free press as the “enemy of the people.” Please join us in speaking out.

Lisa Graves is President of the Board of the Center for Media and Democracy and co-founder of Documented Investigations.