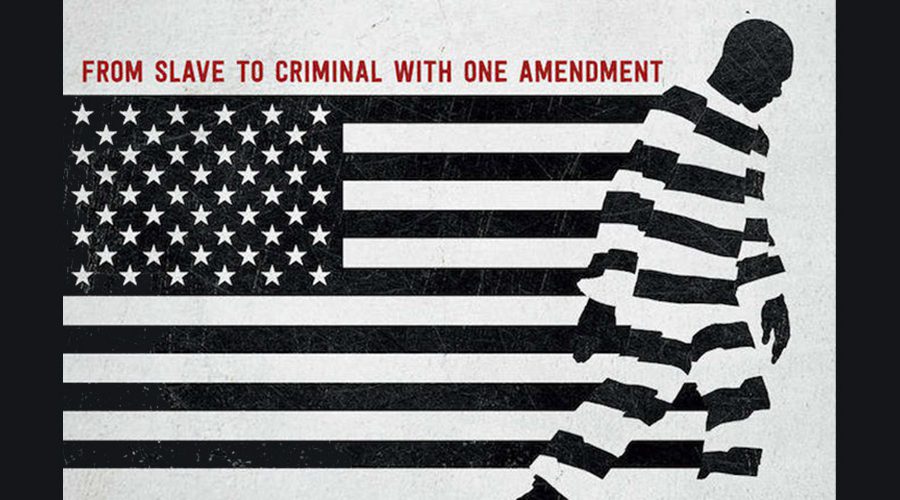 The Academy of Motion Picture Arts and Sciences has nominated Ava DuVernay’s film “The 13th” for an Oscar.

Her film is a magnificent, heart-wrenching, shocking, and inspiring meditation on the American criminal justice system and racial discrimination from the Civil War to the modern day.

And it includes CMD’s research.

At their best, documentaries have the power to galvanize movements, and “The 13th” is documentary filmmaking at its finest.

The more exposure “The 13th” receives, the more people will learn the truth.

In the film, I was honored to talk with Ava about the role of the Koch-funded American Legislative Exchange Council (ALEC) in peddling prison privatization along with scores of bills to put more people in jail and keep them in jail for longer.

These ALEC bills fueled the profits of ALEC’s private prison benefactors, and are essential to understanding the rise of America as the world’s largest jailer. As you know, the U.S. accounts for 5 percent of the world’s population but has 25 percent of its prisoners, 40% of whom are African American men.

My conversation with the wonderful and so talented Ava did not occur in a vacuum.

Our work was featured in her documentary because we at the Center for Media and Democracy have spent countless hours connecting the dots between corporate influence and public policy, between the Koch Brothers and the powerful institutions like ALEC that they fund.

These connections matter, and as “The 13th” shows, they have real world effects with lasting and often devastating impacts on people’s lives.

So please help spread the word about this remarkable film, which is available for free through Netflix.

And thank you for your continued support for our breakthrough investigations, which help support changes to make our world a better place.

We have a lot of work to do together to make progress, but we are undaunted and I know that together we will succeed in turning the tide!

Please watch and share Ava’s film, which will help open more people’s hearts to take action for justice and dignity.

This is an editorial note from the Center for Media and Democracy’s Executive Director, Lisa Graves. She formerly served as Deputy Assistant Attorney General in the Office of Legal Policy at the U.S. Department of Justice and as Chief Counsel for Nominations for the U.S. Senate Judiciary Committee, in addition to other posts.