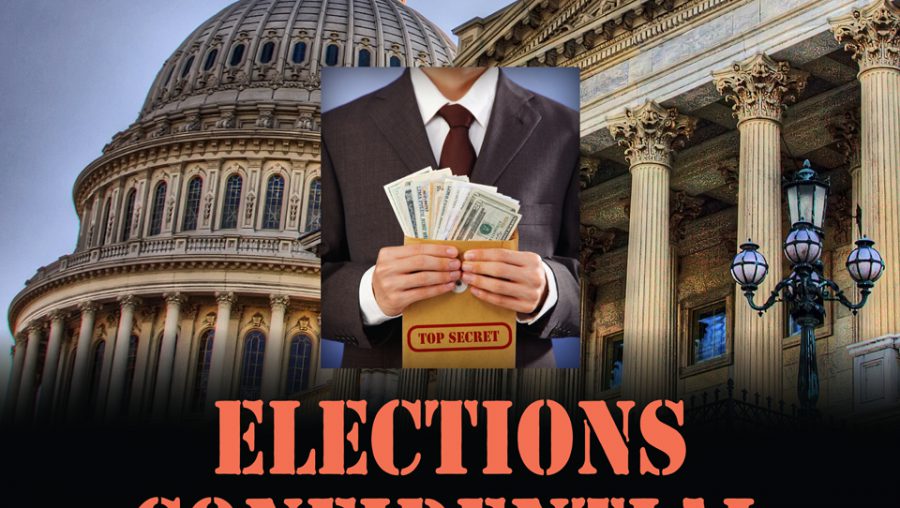 MADISON, WI — Mystery donors poured hundreds of millions of dollars into the 2012 elections via nonprofits and shell corporations, despite widespread public support for disclosure and decades of legal precedent supporting the public’s right to know the sources of election-related spending. A new report from the U.S. PIRG Education Fund and the Center for Media and Democracy found that contributions from phony for-profit corporations accounted for nearly 17 percent of all business donations to Super PACs.

“We know that a handful of wealthy donors attempted to exert extraordinary influence on the 2012 election, but we don’t know who—or what—actually provided much of the funding, or even if those funds came from American individuals or corporations,” said Brendan Fischer, Staff Counsel at the Center for Media and Democracy.

“When voters can’t track money in elections, they can’t make informed decisions at the ballot box. When billionaires and corporations are able to sneak money in our elections through shady back channels, it conceals the undue influence of big money and prevents citizens from taking action to correct this distortion of our democracy,” added report co-author Blair Bowie, Democracy Advocate for the U.S. PIRG Education Fund.

Thanks in large part to the U.S. Supreme Court’s 2010 decision in Citizens United v FEC, the 2012 election was the most expensive in the history of the world. While the Citizens United decision did open the door for increased campaign spending, the majority of justices in the Citizens United case also strongly reaffirmed the long-standing notion that the identity of campaign donors must be disclosed. Despite this agreement that transparency was important, voters could only learn the source of two-thirds of all reported outside spending in the 2012 election. And when non-reported spending is added, the level of secrecy becomes even more extreme.

“Dark money” nonprofits that do not disclose their funders reported spending over $299 million in the 2012 election. In addition, because these groups largely ran “issue ads” that need only be reported when aired directly before primaries or on Election Day, the actual spending by nonprofits was certainly much higher.

“Electoral intervention is not supposed to be a non-profit’s main activity, but these dark money groups are abusing their tax-exempt status by existing primarily as vehicles for corporations and wealthy donors to secretly influence elections,” Fischer noted, adding, “Some dark money non-profits might now use lobbying as an accounting trick to balance their books between electoral and non-electoral spending, leading to a spiraling cycle of non-stop campaigning and special interest influence, but with zero transparency or public accountability.”

Unlike political nonprofits, Super PACs must disclose the identities of their funders, but some donors sidestepped these transparency rules by forming “shell corporations” and using them to funnel close to $17 million to Super PACs. Of all Super PAC donations from business corporations, nearly seventeen percent came from shell corporations that appear to have been formed for no reason other than to filter money into elections and keep the true sources of the funds secret.

“These shell corporations undermine the integrity of our elections with their opacity, which, at best, circumvents campaign finance law to shield donors from accountability and, at worst, may launder foreign, criminal, even terrorist funds into U.S. elections,” noted Bowie.

The authors conclude with recommendations for every level of government to increase transparency and accountability in our elections.

The full report can be viewed here.

The Center for Media and Democracy (CMD) is a nonpartisan, non-profit watchdog and investigative reporting group based in Madison, Wisconsin, which publishes PRwatch.org, ALECexposed.org, and SourceWatch.org.

U.S. PIRG Education Fund conducts research and public education on behalf of consumers and the public interest. Its research, analysis, reports and out-reach serve as counterweights to the influence of powerful special interests that threaten our health, safety or well-being.

At publication, Brendan Fischer was general counsel/writer for the Center for Media and Democracy (CMD).

All articles by Brendan Fischer