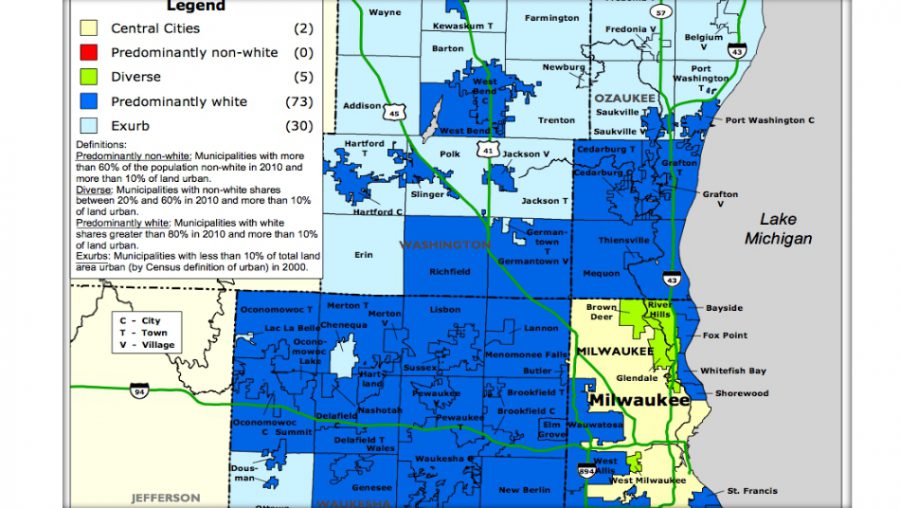 School vouchers were never about helping poor, at-risk or minority students. But selling them as social mobility tickets was a useful fiction that for some twenty-five years helped rightwing ideologues and corporate backers gain bipartisan support for an ideological scheme designed to privatize public schools.

But the times they are a-changin’. Wisconsin is well on its way towards limitless voucher schools, and last month, Nevada signed into law a universal “education savings account” allowing parents to send their kids to private or religious schools, or even to homeschool them—all on the taxpayers’ dime. On the federal level, a proposed amendment to the Elementary and Secondary Education Act that would have created a multi-billion-dollar-a-year voucher program was only narrowly defeated in the U.S. Senate.

The American Federation for Children (AFC), chaired by Amway billionaire Betsy DeVos, estimates that vouchers and voucher-like tax-credit schemes currently divert $1.5 billion of public money to private schools annually. But that is not enough. By expanding “pro-school choice legislative majorities” in state houses across the country the organization hopes that $5 billion a year will be siphoned out of public schools by 2020 and applied to for-profit and religious schools.

With vouchers gaining momentum nationwide, the American Legislative Exchange Council (ALEC), which is meeting in San Diego today, has decided to drop the pretense that vouchers have anything to do with social and racial equity, and is now pushing vouchers for the middle class—a project which, if pursued enough in numbers, will progressively erode the public school system and increase the segregation of students based on race and economic standing.

ALEC Comes Clean, Vouchers Are for the Middle Class

Perhaps more importantly, ALEC’s revisions to three of its “model” voucher bills make clear that it is changing focus from underserved inner-city schools to middle-class suburbia. The talking points at the end of the bills state:

As if to further nail down the point that school vouchers are not about equity, ALEC also advises legislators against including language “banning discrimination in hiring.” But if they choose to do so, they should “take care not to interfere with the ability of religious institutions to hire individuals who share their religious beliefs.”

ALEC is not the only organization coming clean on vouchers.

At the American Federation for Children’s National Policy Summit held in New Orleans, lobbyist Scott Jensen—who, before being banned from Wisconsin politics for violating the public trust served as chief of staff to governor Tommy Thompson, and was a prime mover behind the first voucher program in the nation—admitted that vouchers were really all about “pursuing Milton Friedman’s free-market vision” even though the ideological agenda was nowadays sugarcoated with “a much more compelling message … of social justice.”

So what exactly was the brave new world Milton Friedman envisioned when he first floated the idea of school vouchers? While lecturing rightwing state lawmakers at a 2006 ALEC meeting, Friedman jumped at the opportunity to explain what his vision was all about. It had nothing whatsoever to do with helping “indigent” children; no, he explained to thunderous applause, vouchers were all about “abolishing the public school system.”

Here is an excerpt from Friedman’s ALEC speech:

If I were to ask everyone here, what would be your idea of the right way to conduct, to have an educational system constructed, you would say the ideal would be to have parents control and pay for their school’s education, just as they pay for their food, their clothing and their housing. That, of course, would leave some indigent and problems of charity. Those should be handled as charity problems, not educational problems. The reason we cannot do that is because taxes are used to pay not for education, but for schools, for teachers.

How do we get from where we are to where we want to be—to a system in which parents control the education of their children? Of course, the ideal way would be to abolish the public school system and eliminate all the taxes that pay for it. Then parents would have enough money to pay for private schools, but you’re not gonna to do that. So you have to ask, what are politically feasible ways of solving the problem. The answer, in my opinion, is choice, that you have to change the way government money is directed. Instead of it being used to finance schools and buildings, you should decide how much money you are willing to spend on each child and give that money, provide that money in the form of a voucher to the parents of the children so the parents can choose a school that they regard as best for their child.

By shifting the focus from poor, minority children to the predominantly white middle class, ALEC has come full circle. Vouchers were first proposed in the 1950s as a way for white families to get around the desegregation resulting from the Brown vs. Board of Education Supreme Court Decision. ALEC first pitched vouchers to legislators in 1984 as a way to “introduce normal market forces” into education and to “dismantle the control and power of” teachers’ unions. While there was a narrative of parent “empowerment” at that time, there was not even a passing mention of children—let alone minority children.

But when William Bennett joined Ronald Reagan’s cabinet in 1985, vouchers soon gained a unique selling point. In the words of The Black Commentator:

Former Reagan Education Secretary William Bennett understood what was missing from the voucher political chemistry: minorities. If visible elements of the Black and Latino community could be ensnared in what was then a lily-white scheme, then the Right’s dream of a universal vouchers system to subsidize general privatization of education, might become a practical political project. More urgently, Bennett and other rightwing strategists saw that vouchers had the potential to drive a wedge between Blacks and teachers unions, cracking the Democratic Party coalition. In 1988, Bennett urged the Catholic Church to “seek out the poor, the disadvantaged…and take them in, educate them, and then ask society for fair recompense for your efforts”–vouchers. The game was on.

Conservative think tanks and advocacy groups across the nation soon launched massive whitewashing campaigns; they started churning out policy reports and books purporting to show how school vouchers would actually benefit minority students. Examples include: We Can Rescue Our Children: The Cure for Chicago’s Public School Crisis (Heartland Institute, 1988) and Liberating Schools: Education in the Inner City (Cato Institute, 1990).

By proposing schemes with vouchers weighted to boost racial diversity, or restricted to children from low-income families, the organizations pushing vouchers were able to kill two birds with one stone. They made them acceptable by obscuring the segregationist history, and, crucially, they could now cast themselves as the “new” civil rights movement.

In state after state, politicians were in on the trick. They would sign limited voucher programs into law as “civil rights” measures only to gradually expand the programs to higher-income white families. The Milwaukee program—the first in the country—was originally restricted to families learning less than 175 percent of the federal poverty level. But under Gov. Scott Walker, the income ceiling was recently upped to 300 percent. A married couple with two children can currently earn $78,647, which is far more than the median U.S. family income of $52,250, and still send them off to private schools at the public’s expense. Most students receiving vouchers last year were already attending private schools–meaning vouchers were being used a taxpayer subsidy for private education rather than as a way for students to escape underperforming public schools. Walker’s newest voucher expansion in the state budget could suck some $600-800 million out of public schools over 10 years.

“They have high-jacked the program,” Annette “Polly” Williams, an African-American lawmaker who co-sponsored the original bill, told the Milwaukee Journal Sentinel.

This is a pattern across the country. The voucher-like corporate tax credit program in Georgia was originally billed as a way of helping African-American and Latino families, but most scholarships have been awarded “white students from upper income families,” the Southern Education Foundation wrote in a scathing report. In 2013, Governor Mike Pence of Indiana raised the income requirements of the voucher program in the Hoosier State, and last year, Florida’s Republican governor Rick Scott lifted the income bar for the state voucher program, allowing a family of four making up to $62,010 a year to participate—$20,000 higher than the previous ceiling.

With upped income ceilings in multiple states—not to mention the universal “Education Savings Account” system signed into law in Nevada last month—ALEC seems poised to ditch the civil rights “marketing plan,” (as the rightwing Heartland Institute aptly put it in a 1991 paper) and get back to basics: school vouchers are for privatizing public education.

ALEC makes this abundantly clear when it recommends in its talking points that legislators not adjust the amount granted based on family income. The upshot of this is that vouchers will be a welcome bonus for well-off families whereas poor families may not be able to afford private school tuition even with the extra money.

This, in turn, will lead to increased segregation “based on race, socio-economic status, disability, English language proficience,” as public school watchdog Educate Nevada Now warned when Gov. Sandoval signed the universal ESAs into law in June—a prospect that does not seem to faze ALEC legislators who are set to renew and refresh these policies in San Diego today.

At publication, Jonas Persson was a writer for the Center for Media and Democracy (CMD) focusing on education policy.

All articles by Jonas Persson