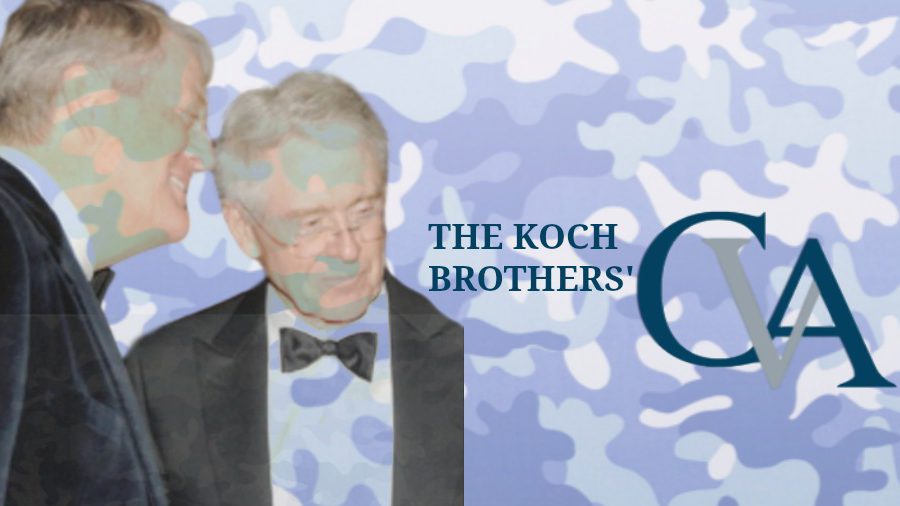 The Koch brothers’ group targeting veterans gave a secret briefing to U.S. House Republicans on “Reforming Veterans Health Care” last week, according to an invitation to the meeting provided to CMD.

The Kochs’ Concerned Veterans for America (CVA) has been in the news lately for a six-figure ad campaign in Nevada supporting Rep. Joe Heck’s campaign for Senate.

The politically-active nonprofit does not disclose its funding sources, but tax documents reveal that since 2011 CVA and its related organizations have received nearly $21 million from Freedom Partners, the Koch brothers’ “secret bank,” and almost $2 million from the Koch-linked TC4 Trust.

CVA’s major focus is privatizing healthcare provided by the Veterans Health Administration, a radical goal it cloaks in patriotic rhetoric about freedom and veterans.

That appears to have been the theme of the House members-only meeting CVA held on Capitol Hill last Wednesday.

According to the invitation provided to CMD, CVA planned to “brief Members on their plan to modernize and reform VHA, bringing it into the 21st century through structural reforms while providing additional health care choices for veterans.”

It is not entirely clear what the phrase “structural reforms” could indicate. But if previous comments by CVA “senior VA adviser” Darin Selnick are any indication, the VHA may have a target on its back.

“We’ve got to blow it all up and rethink it,” Selnick told the Arizona Republic in 2014.

Selnick was the executive director of a “task force” on veterans health care CVA created in 2014, and also served as the director of the Center for Faith-Based and Community Initiatives under President George W. Bush.

In addition to Selnick, the briefing was to be led by two co-chairs of the CVA task force:

Four more CVA staffers rounded out the list of attendees: