› News › Education › Colorado’s Not Quite Independent Oversight of Charter Schools 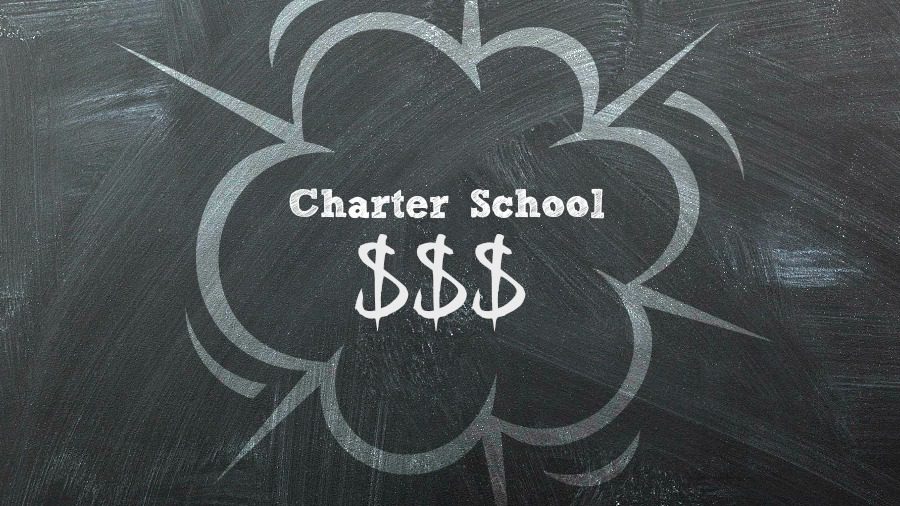 A new review of documents provided to the Center for Media and Democracy/PRWatch from the state of Colorado shows close relationships between the agency charged with administering public education and the growing charter school industry.

The new grant approved in September 2015 is for a shorter period and thus amounts to increased federal funding for Colorado charters.

This increase comes at a time when traditional public schools for all children are facing many budget challenges—due in part to continuing problems caused by the “TABOR” law, a controversial budget law peddled by the American Legislative Exchange Council. ALEC is a pay-to-play operation funded in part by proponents of privatizing public education, such as ALEC corporate board members K12 Inc., a for-profit virtual school corporation, and Koch Industries, which is controlled by billionaires Charles and David Koch who have spent decades peddling policies hostile to even the idea of public schools. (ALEC recently held a session that included how to promote the TABOR bill under a different name since it has caused so many problems.)

The new grant announcement for Colorado and seven other states was marred by the fed’s decision to approve such grants despite major scandals over the misuse of charter funds in several states–including in Ohio where poor charter testing results had been manipulated by a state official—Dave Hansen—who previously worked as a top lobbyist for the National Association of Charter School Authorizers (and whose spouse, Beth Hansen, is the manager of Gov. John Kasich’s presidential campaign).

Colorado is slated to receive more than $11 million in 2015-2016, the first year of its renewed CSP-SEA grant.

CMD has requested materials from the CDE about its handling of the initial set of CSP-SEA grants and charters, as part of an examination of accountability for those taxpayer monies. CMD found that the federal government has spent more than $3.7 billion in Americans’ taxes fueling a charter school industry in the states that is exerting increasing political influence on state and federal agencies. Colorado is complying with state sunshine laws in providing timely and responsive documents.

CMD’s review of the emails and documents from Colorado reveals that the charter school industry and the state oversight agencies are even more intertwined than initially believed.

“Volunteers” Reviewing Who Should Get Charter $$$ Hail from . . . Charter World

For example, the records show that “volunteer” reviewers who evaluate and recommend which Colorado charter schools get to share the state multi-million dollar federal grant have direct connections to charter schools and are proponents of the charter school movement.

Based on an email recently disclosed from October 2014, here are the names and brief bios of people receiving an email from the state to Colorado Charter School Program grant reviewers who would be scoring charter schools seeking funding from taxpayer moneys. There are two main categories of people on the list: 1) people who worked directly for charters or the charter school industry and 2) people who worked for state or county agencies in support of charters.

In fact, the only person on that email from Gina Schliemann to charter grant reviewers who was not either working for a charter school or to promote or aid charter schools from a state and county office was April Lanotte, a Senior Instructor at the University of Colorado Colorado Springs who also works as a STEM curriculum consultant. Additionally, one of the emails mentioned “myrandas,” which may be Myranda S. Marsh, who was with CDE and also continues to serve as Executive Director of the James Jordan Middle School, a charter in California.

All volunteer reviewers for the CDE are required to sign conflict-of-interest releases stating they will not review applications in which they have “a personal or financial interest regarding which an (sic) organization or school district is recommended for CCSP,” the Colorado Charter School Program. The release then lists eight examples of what might constitute a conflict of interest to make it clear to reviewers that they should not judge applications from the charter schools they work in.

CDE’s release does not consider working for other charter schools to be a conflict of interest. The background of the reviewers on the 2014-2015 provided to CMD raises the question of whether all reviewers chosen by the state are part of the charter school industry. Is everyone involved in the review already a cheerleader for charters, uncritical of the concept of sending taxpayer dollars to private and quasi-private schools designated as charters?

Such close connections between charter advocates/protectors within the state with the charter industry contributed to scandal in Ohio and to the much-criticized decision of the feds to award that state huge sums for charters despite hiding and downplaying poor charter school results. Or as the famous Roman saying goes: “Quis custodiet ipsos custodes,” who guards the guardians?

Colorado has almost 100,000 students enrolled in charters. Since the inception of charters in Colorado, more than a dozen schools have been closed, for reasons including sexual misconduct, financial mismanagement, illegal hiring practices, inflated enrollment, and poor academic results. These problems suggest that the process for approving charters that can receive public tax dollars has deep flaws.

CMD’s review of CDE emails shows that some state officials are overtly solicitous of charters and quite forgiving of applicants’ errors and omissions.

Similarly, when lobbyists from the Colorado League of Charter Schools in a December 2014 meeting discussed with state education department employees draft legislation that would require charter authorizers to submit annual applications in order to advance oversight and accountability, Gretchen Morgan, the executive director of the State of Colorado’s Innovation and Choice Unit, objected.

She opined, “I think that is politically ridiculous, and also creates a giant bureaucratic process… I would go for a more robust process on 5-year cycles.”

The time-frame preferred by the pro-charter office for the state would allow millions to flow to charters without annual applications to help protect against fraud, misuse, or squandering of public moneys.

The CDE’s solicitous approach to charters has allowed taxpayer money to go to charters without core protections for compliance with the laws on the books.

As CMD documented in its Charter School Black Hole report last fall, it was a former business manager at the Children’s Kiva Montessori School in Cortez who sounded the alarm in a message to the state in 2014: “Does anyone directing the school actually have some knowledge about federal and state employment laws?” he asked. “They had no means to actually process and pay a payroll. The CCSP Grant that had been approved is a reimbursement grant and they only had $1,000 +/- in the bank.”

According to emails CDE’s Schlieman formulated a draft response regarding the failings at the Kiva Montessori School that agreed with the whistleblower that this “is not typical or appropriate.”

But, she then emailed the draft statement to the Colorado League of Charter Schools (CLCS), a private non-profit group, for “potential feedback … to consider for your quality criteria document.”

CLCS disliked the phrase “not typical or appropriate.” Schlieman’s finalized response was much different after this consultation with the “industry experts,” in which she modulated by saying “Some of this may not be out of the ordinary, especially depending on the exact wording that covers these areas contractually. Charters are always so interesting!”

That is not quite the same meaning as inappropriate. If the state agency charged with monitoring charter compliance with the law were not so close to the industry it is overseeing, it would be difficult to imagine a legal regulator clearing a response to a whistleblower with the regulated industry or noting that failure to follow legal requirements for workers is merely “so interesting!” (Colorado now notes in its guidelines that charters must demonstrate that they have payroll systems in place.)

Other Examples of Close Ties with Charter School Industry in Colorado

Another example of the close ties between state charter overseers and the industry is how the CDE handled the issue of giving “automatic waivers” to charters.

In 2014, when the Colorado state Board of Education was doing its rulemaking process for such waivers, Schlieman described how the charter school industry’s CLCS had helped the state develop the list for waivers.

Later in that same hearing, in a discussion of whether such automatic waivers from district and state policies and union contracts should be given to so-called “innovation schools” (which are school district-run neighborhood public schools that are not represented by the CLCS), the charter school league’s Dan Schaller stated that it is good to have automatic waivers so there are no bureaucratic hoops or requirements of replacement plans and so many charters request such waivers.

The full audio of that public meeting is available here (at the 37 minute mark and at the 55 minute mark).

Initially created as an amendment to the reauthorized Elementary and Secondary Education Act (ESEA) in 1994, the federal Charter Schools Program provides funding to states where charters are largely exempt from democratic oversight and control when it comes to deciding on a curriculum, student admission and discipline, and staff hiring and firing policies.

In 2010, following President Obama’s then-reauthorization of ESEA, his Education Secretary Arne Duncan pledged in a blueprint on school choice that charter schools receiving funding under the program would purportedly be held to even higher standards of accountability than traditional public schools. New evaluations required states to submit plans for systems that would hold charter school authorizers accountable.

But as CMD reported last May, that mandate for accountability–which is at odds with the original purpose of the charters as extolled by ALEC and some other charter proponents– operates mostly as a rubber-stamp.

State departments of education, like the CDE, are tasked with conducting independent reviews of applications for funding for charter schools, but it turns out the federal government and the state are enlisting unaccountable charter advocates to review state CSP-SEA applicants, and SEAs are also enlisting unaccountable charter advocates to review the charter school grant applicants.

The situation in Colorado is symptomatic of flaws endemic to the program nationwide.

Reviewers considering the applications, as well as the company contracted by the U.S. Department of Education to monitor how states comply with the program requirements, are closely aligned with the same charter industry that is fighting against transparency and accountability while lobbying hard for more of the limited funding for public schools to be given to charters.

This irony of reviewers being beholden to the industry they are tasked with reviewing is borne out by the U.S. Department of Education’s 2015 call for peer reviewers for applications for the next CSP grant cycle. The job posting makes clear what the feds are looking for: charter school funders; charter school and charter management organization leaders; social and education entrepreneurs; and grant makers or managers with experience in the charter sector.

The U.S. Department of Education said it would also consider applications from “state or district education officials,” so long as the reviewers “have a solid understanding of the charter school movement” and experience in “designing, evaluating, or implementing effective charter school models.” Criteria such as these effectively rule out anyone who is not a charter school advocate or who may be critics of charters from within traditional public schools.

Indeed, when the fed’s Charter School Program described itself in a presentation in December, it said evaluating the effects of public charter schools is only the second of “four statutory purposes.” The other three are, “Providing financial assistance for the planning, program design and initial implementation”; “Expanding the number of high-quality charter schools available to students across the United States”; and “Encouraging states to provide support to charter schools for facilities planning.”

With evaluation largely outsourced to charter school cheerleaders in the states and nationally, even that second-tier priority of evaluation is hardly a truly independent one.

Dustin Beilke is a freelance writer from Madison, WI.

All articles by Dustin Beilke