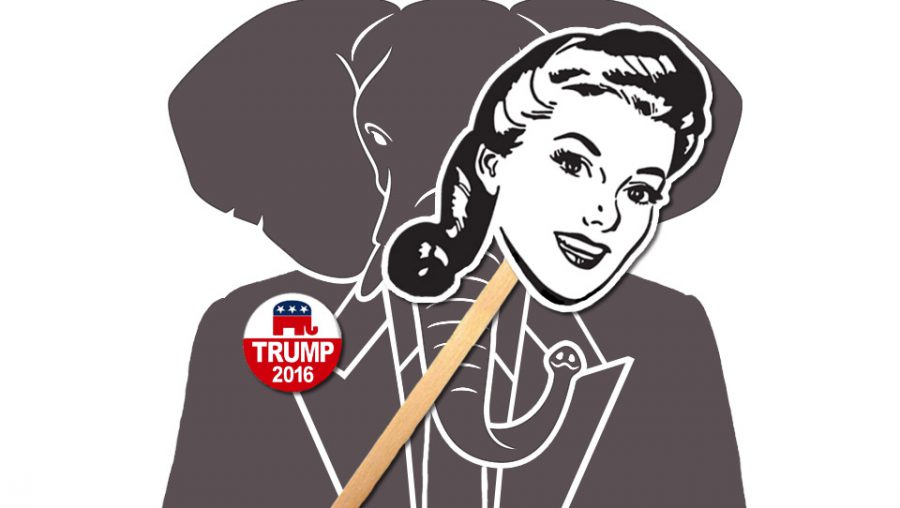 In 2016, IWV Has Vocally Supported Trump without Disclosing Its Partisan Ties

WASHINGTON—Independent Women’s Voice (IWV) has violated the law by spending millions of dollars to influence federal elections without registering as a political committee, a new complaint to the Federal Election Commission charges. The complaint filed today by the Center for Media and Democracy (CMD) alleges that IWV’s major purpose is to influence federal elections, and details how the group has dodged disclosing its funding sources and more than $6.4 million in spending to support Republican candidates for federal office.

“We are calling on the FEC to investigate IWV, rule that it must disclose its operations as a political committee, and impose penalties for the group’s evasion of disclosure in the past three election cycles,” said Arn Pearson, CMD’s general counsel.

In the complaint, CMD alleges that IWV’s spending to influence federal elections comprised at least 71 percent of the group’s total spending in 2010, at least 79 percent in 2012, and at least 56 percent in 2014. Spending more that 50 percent of a group’s budget on federal elections in a given year is typically considered sufficient to satisfy the FEC’s “major purpose” test and trigger registration and reporting requirements.

The complaint also charges that IWV violated the law by failing to report approximately $250,000 in independent expenditures on behalf of Scott Brown in the 2010 special election to fill the Massachusetts U.S. Senate seat left vacant by the death of Senator Ted Kennedy.

These charges come at a time when IWV’s President and CEO, Heather Higgins, has been stumping for Trump and attacking Clinton on the talk show circuit and social media, under the guise of an “independent,” “nonpartisan” group “that supports women and families.” A recent Tweet by Higgins asks, “Which is the greater disrespect: unsolicited kissing, groping, or being lied to, country corrupted?”

Trump’s current campaign manager, Kellyanne Conway, served on the board of IWV’s 501(c)(3) affiliate, Independent Women’s Forum (IWF), until she took a leave of absence to join his campaign.

“Higgins and Conway have become leading female apologists for Trump’s outrageous behavior toward women,” said Lisa Graves, CMD’s executive director. “For years, Independent Women’s Voice has been deceiving voters by promoting itself as a nonpartisan group supporting women and families while funneling money to support GOP candidates without properly filing with the FEC. IWV is a wolf in sheep’s clothing and a key cog in the GOP’s machine intentionally designed to sell extreme policies to female swing voters.”

In a 2015 presentation to conservative donors and activists, Higgins explained IWV as “what is needed in the Republican conservative arsenal,” to package and sell conservative policies to female swing voters and pass with the media as a nonpartisan women’s group. Higgins has also boasted they have a 90 percent win rate in races it takes on.

IWV and IWF routinely attack policies popular with a majority of women, including equal pay, earned sick leave and paid family leave as well as Title IX and protections against domestic abuse. In the past few months, IWF has dismissed the gender wage gap as “false” and advocated for Personal Care Accounts that require workers to provide 100 percent of the funds for family leave. Trump’s own child care plan cites IWF and Koch-affiliated proposals.

The Federal Election Campaign Act requires any group that has as its “major purpose” influencing federal elections (and that spends more than $1,000 per year to do so) to register as a political committee and report all of its receipts and disbursements over $200. By evading registration, IWV has been able to hide its donors and only reported limited independent and electioneering expenditures.

In the complaint filed today, CMD alleges that IWV meets the “major purpose” test and has operated in violation of campaign finance laws for the past three elections. The complaint documents that:

• IWV’s spending has soared during federal election years, but the organization has only reported a relatively small percentage of its expenses to the FEC. IWV’s 2010 spending was eight times greater than 2009 spending; 2012 spending was five times greater than 2011 spending; and 2014 spending was more than double 2013 spending.
• IWV’s president has boasted publicly about the group’s electoral purpose, political awards, and success rate, detailing how IWV’s polling and message testing operations are used to develop ads and robocalls that move targeted swing voters and win races. IWV has made reportable expenditures in dozens of House, Senate, and presidential races since 2010, but reports that it spends $0 on lobbying.
• In the 2010 Mark Sanford race, IWV touted its work as “the only independent expenditure of significant size on the winning side of the ledger” including “4 days of [message testing]” that accounted for $250,000 in spending the last week of the campaign. IWV only reported $160,287 for political advertising and live GOTV calls, but did not report its extensive message testing.
• IWV boasted about partnering with Let Freedom Ring on a $7.4 million online ad buy targeting women against Barack Obama in 2012, but only reported spending $154,900 on the presidential race to the FEC.
• IWV claimed it spent approximately $250,000 on radio advertisements and robocalls in support of Scott Brown in the 2010 Senate race, but failed to report any of those independent expenditures.
• Higgins has paid herself a $100,000 bonus in each of the last two election years, for total compensation of $226,000 in 2014, almost double the average CEO salary for nonprofits of IWV’s size.

Earlier this year, an investigation by CMD found that between 2001 and 2014, Donors Trust and Donors Capital Fund – funding entities with ties to the Koch network of billionaires – gave IWF a total of $5,344,000 in donations. In that same period, Koch-controlled foundations gave IWF roughly $825,000. The investigation also unearthed an account of a meeting of the secretive American Legislative Exchange Council (ALEC) in July, at which IWF President Sabrina Schaefer offered to help ALEC members running for office “sell” women voters on corporate-backed alternatives to publicly popular paid sick leave, equal pay, quality childcare and workplace flexibility policies.