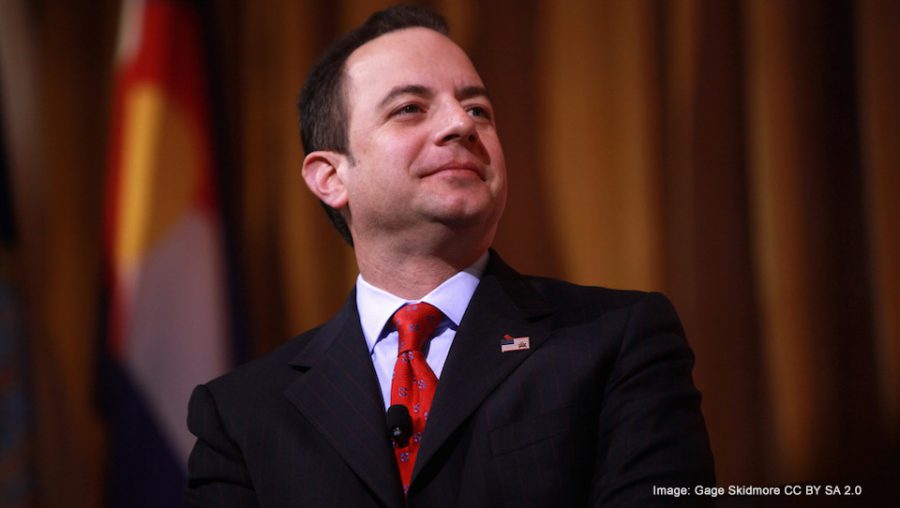 The Center for Media and Democracy joined a bipartisan list of democracy reform groups and ethics experts today in a letter calling out Donald Trump’s incoming chief of staff, Reince Priebus, for threats he made against the director of the Office of Government Ethics (OGE) on Sunday.

Just days after OGE Director Walter Schaub called Trump’s plan for handling his business empire conflicts “wholly inadequate,” Priebus went on ABC’s “This Week” to say, “The head of the government ethics ought to be careful because that person is becoming extremely political.” Priebus then proceeded to make factually incorrect accusations against Schaub for being political and attacked his competence.

The implications were clear: Speak up for the clean government and the rule of law at your own risk.

The letter to Priebus, signed by former White House ethics lawyers for both George W. Bush and Barack Obama, states that,

Your comments were highly inappropriate and an obvious attempt to intimidate Director Shaub, who is properly doing his job. . . . Instead of threatening the OGE director, we would urge you to focus your attention on persuading President-elect Trump to eliminate the ethics and conflicts of interest problems facing him, just as former presidents have done for the past four decades.

Priebus’ statements are the latest development in a troubling war on ethics being waged by Republican leadership in Congress and the incoming Trump Administration.

You can see the full text of the Priebus letter below.