› News › The Men Who Sold the World: Kochs Call the Tune for Trump, GOP on Climate 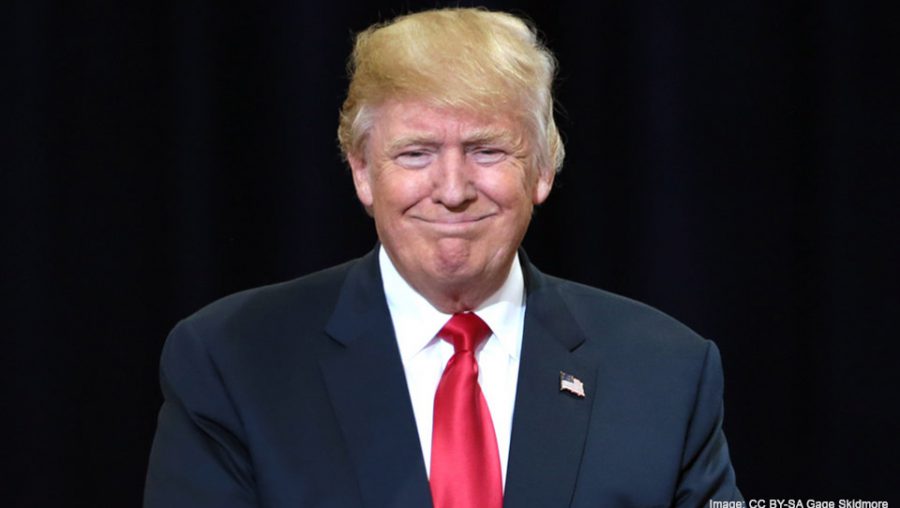 When he withdrew from the Paris Accords last week, Donald Trump gave a speech so filled with falsehoods that it triggered detailed rebuttals by publications ranging from Politifact to Scientific American. The Washington Post‘s “Fact Checker” column, which hands out “Pinocchios” for false or misleading statements, was forced to note that “we do not award Pinocchios in roundups of speeches.” But by then Trump probably had more Pinocchios than the Disneyland gift shop.

But Trump is not the only truth-denier in the Republican Party. In a front-page story by Coral Davenport and Eric Lipton, the New York Times documented the GOP’s transformation from a party with leaders like John McCain and Newt Gingrich, who accepted the scientific consensus on the climate, to one whose leader believes it is a hoax perpetrated by China.

When Trump pulled the United States from the Paris accord, “the Senate majority leader, the speaker of the House and every member of the elected Republican leadership were united in their praise.”

And the Times laid this transformation squarely at the feet of the Koch Brothers:

“Republican lawmakers were moved along by a campaign carefully crafted by fossil fuel industry players, most notably Charles D. and David H. Koch, the Kansas-based billionaires who run a chain of refineries (which can process 600,000 barrels of crude oil per day) as well as a subsidiary that owns or operates 4,000 miles of pipelines that move crude oil.”

The Koch network of funders spent an estimated $1 billion over the last few election cycles telling the Republican party what to do. “It is, perhaps, the most astounding example of influence-buying in modern American political history,” wrote Jane Mayer in the New Yorker.

You could call Trump, Paul Ryan, and Mitch McConnell “the men who sold the world,” after the David Bowie song of the same name.

Trump and his party have been marching in lockstep with the fossil-fuel industry for some time now. Even before Trump took office, the Washington Post reported that “the fossil fuel industry is enjoying a remarkable resurgence as its executives and lobbyists shape President-elect Donald Trump’s policy agenda and staff his administration.”

That influence can be seen in Trump’s appointments, in his deeds, and now in his budget.

The head of the Environmental Protection Agency is the person responsible for protecting our air, land, and water. Trump chose Scott Pruitt, a longtime ally of the fossil fuel industry, to lead that agency. Pruitt is known for his unusually close ties to the that industry, which are extensive even by Republican Party standards.

As Oklahoma’s Attorney General, Pruitt sued the agency he now runs many times. A CMD review of Pruitt’s emails showed that he allowed the industry to write the comments that he filed with federal agencies. The Koch Brothers’ network of shell “advocacy groups,” which CMD has analyzed at length, turned out in force to support Pruitt’s nomination.

The fossil-fuel connection runs deep in the Trump Administration. The Sabin Center analyzed lower-level appointments in agencies responsible for energy, the environment, and natural resources. It found that more than half of those appointed “appear(ed) to lack expertise and/or experience” related to their new responsibilities, while more than one-quarter “had close ties to the fossil fuel industry.”

In March, Trump signed an executive order and made a number of other moves that helped the fossil fuel industry by cutting the EPA, easing up on regulations, approving the KXL pipeline, and overturning Barack Obama’s Clean Power Plan.

Trump’s proposed budget, which was released in late May, would cut the EPA by nearly one-third. That budget also includes a number of deep cuts in science spending, including cuts in the kind of research that helps us understand how fossil fuels are harming our health and our planet. Those cuts would end funding for NASA’s Carbon Monitoring System (CMS), which was established by Congress to track the effects of both natural and human-caused greenhouse gas emissions.

Other carbon research programs would be cut under the Trump budget. Science, a publication of the American Association for the Advancement of Science, observed that additional cuts to the National Oceanographic and Atmospheric Association (NOAA) would “drastically cut into the agency’s climate research, shuttering a host of labs and programs.” The Department of Energy’s climate research would also be cut significantly under the Trump budget.

With Trump’s pullout from the Paris accords, the United States becomes one of only three nations that is not part of that agreement. One of the other two, Nicaragua, wants a stronger agreement. The other is Syria, which is in the middle of a catastrophic civil war.

With the help of the Koch Brothers, Trump, and the Republican Party have “moved in the opposite direction from virtually the rest of the world,” writes Jane Mayer.

It’s time the world began to hold them to account.