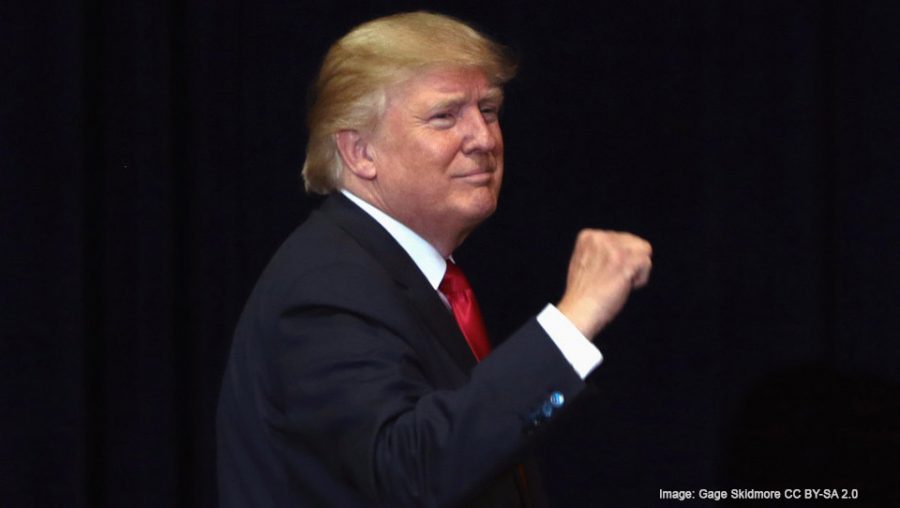 “I have never met with or had any conversations with any Russians or any foreign officials concerning any type of interference with any campaign or election in the United States,” he declared in his opening statement, calling any such an accusation “an appalling and detestable lie.”

Senator Tom Cotton picked up on the outrage from there. “Have you ever…heard of a plot line so ridiculous that a sitting United States senator and an ambassador of a foreign government colluded in an open setting with hundreds of other people to pull off the greatest caper in the history of espionage?” he asked. “Thank you for saying that,” Sessions replied.

But it was a straw-man argument—one meant to distract the media and the public from the seriousness and breadth of the investigations underway into alleged collusion between Trump surrogates and the Russian government, as well as recent attempts to obstruct those investigations.

FBI and congressional investigators have cast a much wider net, and concerns about Sessions in particular have more to do with his role as Trump’s point person on foreign policy matters of interest to Russia during the campaign—and his involvement in the firing of FBI director James Comey—than allegations of involvement in election tampering.

The scope of Special Counsel Robert Mueller’s charge from the Department of Justice is to investigate “any links and/or coordination between the Russian government and the individuals associated with the campaign of President Donald Trump; and any matters that arose or may arise directly from the investigation.”

Concerns about collusion between Trump’s inner circle and Russia go well beyond interference in the 2016 election to include:

The Senate Intelligence Committee’s investigation, announced in January, has an even broader mandate: to obtain “a full understanding of the scope of Russian intelligence activities impacting the United States,” including but not limited to interference in recent elections, “links between Russia and individuals associated with political campaigns,” and “Russian cyber activity.”

Topping the list? Evidence suggesting that members of the Trump campaign and transition team may have promoted Russian interests with respect to its aggression in Ukraine and annexation of Crimea, and undermined the sanctions President Obama imposed for Russia’s election-related hacking and leaks during the 2016 elections.

Sessions says that he met with Kislyak last summer in his capacity as a member of the Senate Armed Forces Committee, but the record casts doubt on that claim. Sessions had no meetings with foreign ambassadors in 2016 until after he joined Trump’s campaign as chair of its national security advisory board on March 3, making him Trump’s “go-to person” for foreign policy matters. Starting in April, however, there was a significant spike in his meetings with diplomats, including meetings with the ambassadors of Russia, Ukraine, and seven other Eastern European countries.

According to The Atlantic, Sessions also met frequently with Dimitri Simes, an expert on Russia, and at least one lobbyist with Russian clients, Richard Burt. Sessions and his Senate chief of staff, Rick Dearborn (now a Deputy Chief of Staff at the White House), ran a campaign policy shop out of Alexandria Virginia, where J.D. Gordon, a former Pentagon spokesperson, served as the point person on foreign policy.

Trump took a hands-off position on the Republican National Committee’s platform fights last summer—except when it came to how to deal with Russian aggression in Ukraine. In that case, Trump campaign leaders “orchestrated a set of events” to nix a platform proposal calling for the U.S. to provide “lethal defensive weapons” to combat Russia-backed rebels, and wrote the softer replacement language ultimately sent to the convention floor, despite it being “at odds with almost all the party’s national security leaders.”

Sessions met with Russian ambassador Kislyak on July 18, the same day the RNC adopted its platform, accompanied by Gordon and Carter Page. Gordon originally denied playing a role in changing the party’s position on Ukraine, but changed his story in March, saying that he and others pushed for the amendment because “Donald Trump himself wanted” it.

The controversial “dossier” on Trump’s Russian ties—compiled by a former British intelligence agent, passed on to the FBI by Senator John McCain, and used by the FBI to help obtain a FISA warrant against Page—alleges a “quid pro quo in which Russia agreed to leak the hacked Democratic National Committee emails to WikiLeaks in exchange for the Trump campaign sidelining Russian aggression in Ukraine as a campaign issue.”

The dossier does not name Sessions as part of this alleged scheme. But Sessions’ change in tune on Russia is clearly of interest to investigators, as is his private meeting with Kislyak in his Senate office on September 8. That meeting came just two days after The Washington Post reported that law enforcement agencies were “investigating what they see as a broad covert Russian operation in the United States to sow public distrust in the upcoming presidential election.” Nonetheless, Sessions has said that he doesn’t recall discussing Russian interference in that meeting.

Sessions’ righteous role as the unjustly maligned head of Justice rests on Congress and the media not recalling much either. In setting up his straw-man argument, Sessions would like us to forget all of that. He’s also hoping we don’t recall that, during his confirmation process, Senator Leahy asked him about the legal issues raised by Flynn’s relationship with the Russian government, or that Senator Dianne Feinstein’s #1 written question to him concerned any communications he’d had about Flynn’s contacts with Kislyak regarding sanctions against Russia. All in all, five senators submitted more than a dozen written questions to Sessions about Russia’s cyber attacks, election interference, and Trump financial ties to Russia.

Sessions’ feigned ignorance of what’s at stake here—and his posturing as a victim of the investigatory process—is unbecoming for the nation’s chief law enforcement officer. Congress needs to keep its eye on the ball and Sessions’ feet to the fire.

This article was written by Arn Pearson in his capacity as a senior fellow for People for the American Way and first published on that group’s website.