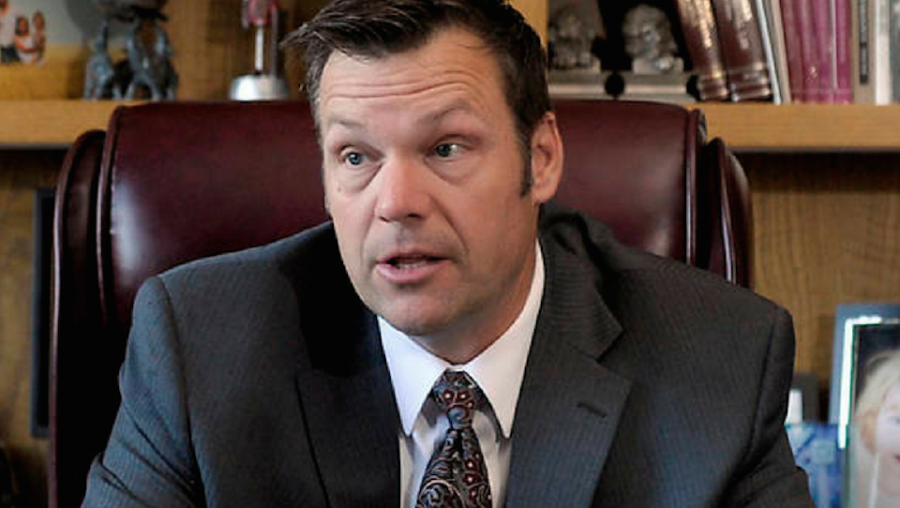 By The Leadership Conference on Civil and Human Rights

CMD signed on to this letter along with 100 groups including The Leadership Conference on Civil and Human Rights condemning Pence and Kobach’s request for American citizens’ personal information. The full text of the letter is available here:

WASHINGTON – The Leadership Conference on Civil and Human Rights, along with more than 100 groups, today sent a letter to state elections officials, including 51 Secretaries of State and 13 election administrators, applauding those who have resisted Vice President Mike Pence and Kansas Secretary of State Kris Kobach’s recent request for sensitive voter information, and urging those who have not yet responded to protect voters’ rights by rejecting the request.

“This letter is a clear example of the intense resolve of the civil rights coalition and allied organizations to fight back against any attempt to undermine the fundamental principles of our democracy,” said Vanita Gupta, president and CEO of The Leadership Conference. “Our Secretaries of State and election officials must reject the Pence-Kobach Commission’s unprecedented overreach and instead work together to fix the serious obstacles eligible voters continue to face across the country.”

More than 100 organizations signed the letter sent ahead of the National Association of Secretaries of States summer conference in Indianapolis. The letter condemned Pence and Kobach’s request for American citizens’ personal information, including names, addresses, dates of birth, political party affiliation, voter history and even partial Social Security numbers, as “an unprecedented overreach and a brazen assault on the founding principles of our democracy.”

The full text of the letter is below and is available here:

On behalf of The Leadership Conference on Civil and Human Rights (“The Leadership Conference”), a diverse coalition of more than 200 national organizations committed to promoting and protecting the civil and human rights of all persons in the United States, and the undersigned allied groups, we write to condemn and oppose the data request by President Trump’s advisory commission (the “commission”).  We applaud the principled actions that many Secretaries of State and election administrators have taken to reject the commission’s request for sensitive information about voters, and we urge those that have not yet responded to carefully consider any future responses to the commission.

We strongly believe that the commission’s request is an unprecedented overreach and a brazen assault on the founding principles of our democracy. We have three overarching concerns.  First, we are concerned that this commission is laying the groundwork for potential voter suppression by the wrongful removal of eligible voters, including Black, Hispanic, Native American, older, and student voters, from the rolls through the problematic process known as Crosscheck.  Second, the creation of a national database of voter’s’ detailed information raises serious privacy concerns.  And finally, at a time when the focus should be addressing the possibility of past and continued Russian interference, including cyberattacks in the 2016 elections, the creation of a national database raises significant national security concerns.

The right to vote is a sacred right. It is the right that protects all other rights and ensures that our elected leaders are accountable to the citizens they represent. Our country has made great strides to increase access to the ballot throughout its history, and you play a fundamental role in the free and fair administration of our electoral process.

As reported, Kansas Secretary of State Kobach sent you a letter last week requesting that you provide sensitive voter roll data, including the names, addresses, dates of birth, political party affiliation, past voter history, and even partial Social Security numbers of registered voters in your state.  That letter is merely a request and given the fact there are no guarantees about how this data would be used or even secured, no one should feel compelled to cooperate.

We were heartened that this request rightly drew swift and bipartisan condemnation across the country in large part because of serious questions about the legality of releasing this personal information.  Member organizations of The Leadership Conference, and others, have filed multiple legal challenges to this request, alleging possible violations of numerous federal laws, and constitutional violations.  Depending on how states respond to the commission’s request, additional legal challenges could be pursued under state laws as well.

Although disgraceful, the commission’s actions are unfortunately not surprising, given the individuals leading the effort and their longstanding pursuits of voter suppression in the name of phantom voter fraud.  As Governor of Indiana, Vice President Pence supported voter suppression tactics, including undermining voter registration drives and pushing extreme voter ID laws. Secretary Kobach also has a long record of discriminatory and regressive actions on voting rights.  His unrepentant attempts to suppress voting have led to thousands of voters being wrongly removed from the rolls and barred from exercising their democratic right.  And just last week, President Trump appointed Hans von Spakovsky to the commission. Mr. von Spakovsky’s troubling support for voter suppression led not only to a public rebuke from career Justice Department attorneys but also to the U.S. Senate refusing to confirm his nomination to the Federal Election Commission.

Many Secretaries of State and election administrators have rightly characterized the commission’s data request as “disingenuous,” “repugnant,” a “waste of taxpayer money,” and “a tool to commit large-scale voter suppression.”  As you prepare to join your fellow Secretaries of State later this week at the National Association of Secretaries of State summer conference, we respectfully request that you join your colleagues in expressing collective opposition to the commission and its data request.  At a time when barely half of eligible voters exercise the franchise, we should instead be taking every possible step to remove barriers to voting in America.

Our democracy is stronger when more, not fewer, citizens are involved in the electoral process. If the right to vote is denied, we will fail our democracy and it will not survive.  Secretaries of State and election administrators have the mission and responsibility to ensure access to the ballot by upholding the guarantees of our laws and Constitution.  All Secretaries of State and election administrators should stand united in protecting the voting rights of our nation’s citizens and rejecting the commission’s outrageous request.