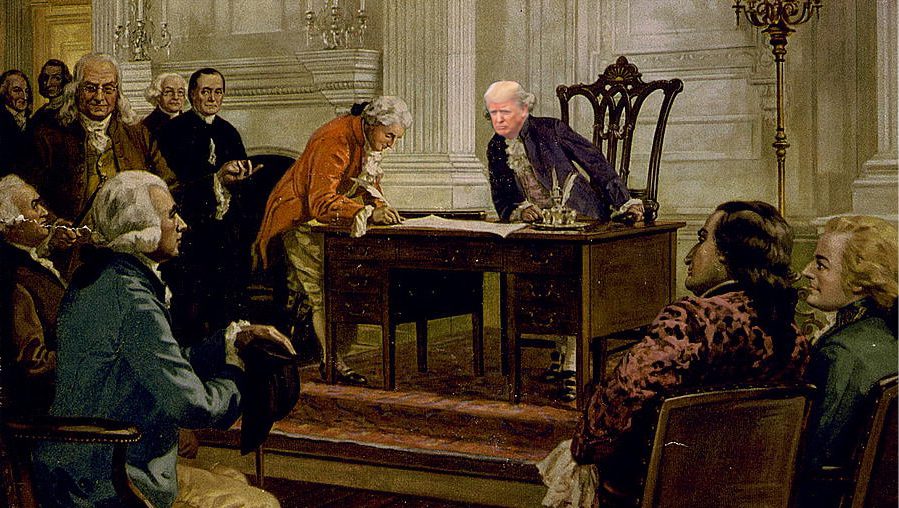 Though ALEC has an uneasy relationship with President Trump, they haven’t hesitated in adopting his “drain the swamp” rhetoric when extolling their plans to amend the federal constitution, repeal workers’ rights or gut social safety net programs.  Trump keeps filling his “swamp” with cronies, political insiders and the corporate lobbyists that also populate the ALEC swamp.

One of these lobbyists, working for the behemoth Chinese online retailer Alibaba, asked me to communicate information about his company to my (presumably male) boss.  When I replied that I am a legislator, he looked me up and down incredulously until I replied “They let women be legislators now.”  He didn’t speak to me again.

Experiencing ALEC is like diving into a swamp inhabited by creatures of the past. ALEC pushes policies that take us back to a federal government sitting on the sidelines while people suffered and starved, drank contaminated water and sustained injuries at work with no recourse.  They are still lamenting the 1965 law that created the Medicaid and Medicare programs, as this, according to Avik Roy of the conservative Foundation for Research on Equal Opportunity, was the “real government takeover of health care.”

So ALEC is trying to backdoor these rollbacks by calling for a first ever Article V constitutional convention to cut federal spending and limit federal authority. ALEC’s Article V constitutional convention push is really a hissy fit of the far right.  They are angry at their inability to persuade Congressional Republicans to gut critical, popular social safety net programs and direct the resulting savings towards massive tax cuts for their corporate buddies and wealthy friends. And ALEC members, as indicated in the Health Taskforce, are besides themselves about Congress’ seeming inability to repeal the Affordable Care Act and shrink Medicaid, which they called for yesterday in two unanimously adopted resolutions.

ALEC’s real goal is preventing the federal government from providing health care and most other things in the first place. And they are working diligently, with the Balance Budget Amendment Taskforce (BBAT) and the Convention of States (COS), to do just that by corralling 34 states to call for an Article V Constitutional Convention.

But divisions have emerged, a rarity in ALEC land.  The BBAT wants a convention to adopt amendments specifically requiring a federal balance budget.  They believe that 27 states out of the 34 needed, have already passed resolutions calling for such a constitutional convention.

I couldn’t help but compare Meckler’s talk this week to his 2013 presentation at my first ALEC conference, as he has since been buffed, shined and suited up.  His message is no longer about leading a revolution, but rather restoring the constitution.  He concludes with the same hard sell for state legislators to embrace our front-line role in defending liberty and “be who the founders expected you to be.”  And Meckler’s solution if legislators don’t go along?  “Tell your colleagues they are willing dupes for George Soros and the radical left.”

When asked by a Michigan legislator why COS doesn’t just join the BBAT and get that done first, the divisions between the two efforts emerged, something rarely seen in ALEC land. The COS folks believe that the authority of the federal government is the disease which must be cured, and the spending is but a symptom.

In the meantime, the next stop for this entire effort is Arizona, where that state legislature has called for a September Convention of States.  When I asked Arizona Rep. Don Shooter about this gathering, he stated that they intend to pass federal constitutional amendments they will ask Congress to consider.  Though he knows Congress won’t act, that underscores the point.

Let’s hope the public won’t go along with this ALEC act which could substantially harm millions of individuals and families throughout our country.