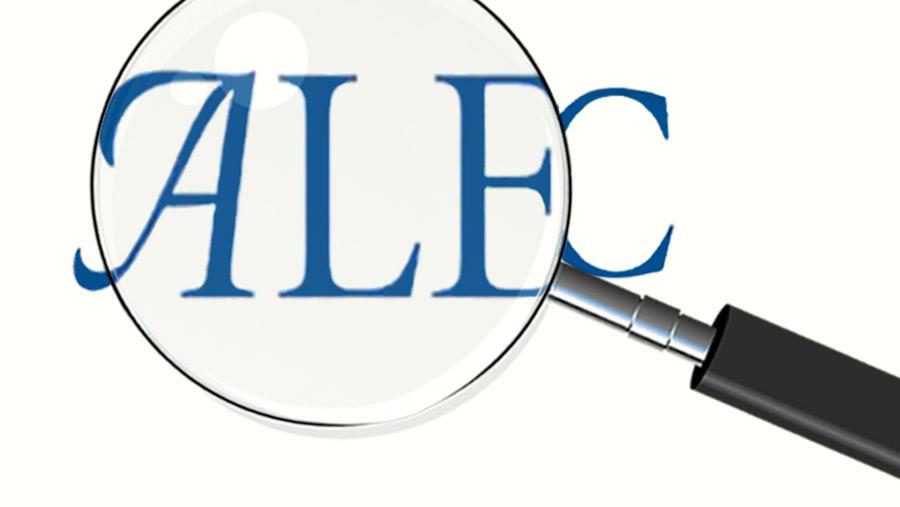 The American Legislative Exchange Council (ALEC) has earned a reputation as a leading corporate influence group in recent years, with corporate lobbyists and legislators voting as equals in secret on scores of corporate bills to deregulate everything from the power and telecom industries to drug prices and health care.

Well, it’s no wonder. New research by the Center for Media and Democracy (CMD) shows that the pay-to-play lobby group’s biggest corporate funders are also among the nation’s biggest violators of the health, safety, consumer, worker, and environmental protection laws ALEC seeks to dismantle.

Just 38 of ALEC’s for-profit corporate members have paid out a total of $16 billion in federal fines and penalties since 2000.

The calculation was made using Violation Tracker, a database of all federal regulatory violations compiled by Good Jobs First.

CMD’s analysis focuses on larger ALEC companies that have paid at least $10 million in federal fines and penalties between 2000 and 2017. On average, those companies each owed a total of $421 million over those years for violating laws managed by the Environmental Protection Agency, Department of Justice, Equal Employment Opportunity Commission, Occupational Health and Safety Administration, and other enforcement agencies.

ALEC’s top violators racked up on average nearly triple in fines and penalties than similar U.S. companies. By comparison, the non-financial corporations operating in the U.S. in the Violation Tracker database with over $10 million in fines/violations paid out an average total of $146 million over the same period.

Fourteen of ALEC’s corporate leaders are in the top 100 of all non-financial violators in the U.S. Altogether, there are some 200,000 companies in the database.

The worst ALEC offenders by industry were pharmaceutical, energy, utility, railroad and telecom/cable companies. Those companies are also heavily represented among the leaders and principal funders of ALEC.

ALEC’s top ten violators account for more than 80% ($13 billion) of the federal fines and penalties for all major ALEC lawbreakers.

Exxon provides a prime example of why repeat violators ally themselves with groups like ALEC in order weaken regulations and influence public policy.

Exxon pumped more than $1.7 million into ALEC over a 17-year period as part of a written industry plan to use ALEC to sow uncertainty about climate science and undermine international climate treaties, as CMD detailed in a complaint to the IRS last fall.  It used ALEC to promote Exxon’s legislative goals around cap-and-trade policies, fracking, the Keystone Pipeline, and opposition to the Obama Administration’s Clean Power Plan, as CMD noted in its letter to the Senate regarding Rex Tillerson’s nomination.

Virtually all of the 38 big violators currently have or have had seats on ALEC’s task forces, which allow them to vote for their custom-made bills alongside legislators who take back home to their statehouses, as well as to veto any “model” bills or amendments they don’t like, without the press or public present.

Arn Pearson contributed to this story.