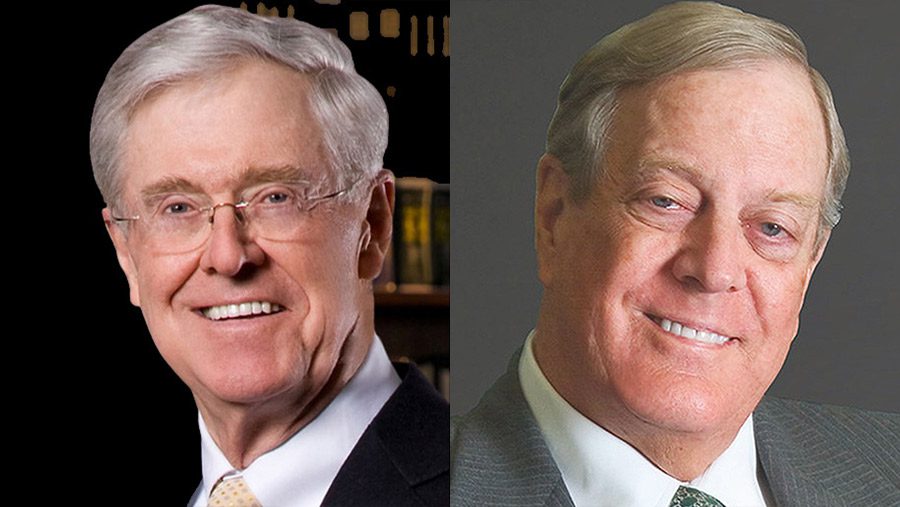 The Koch Brothers talk a good game against “special-interest handouts” and “corporate welfare”—and support eliminating popular tax deductions that benefit the middle class—but they are happy to squeeze out every tax break they can get for their corporate operations.

When their Koch Industries Georgia-Pacific unit decided to build a new lumber plant in Talladega, Alabama, the company asked for and received a generous handout from taxpayers.

On October 9, the Talladega City Council approved a $5.2 million tax abatement for the facility, which is slated to open in 2018.

Talladega is one of the poorest cities in Alabama. Its median family income of $30,307 is roughly half of the national average, and one in four of its residents live below the federal poverty line.

According to the new Forbes 400 list, the Koch Brothers each have a net worth of more than $48 billion, and Koch Industries has an annual revenue of more than $100 billion.

Nonetheless, it is not unusual for Koch Industries to seek taxpayer assistance from state and local governments. The Good Jobs First Subsidy Tracker documents more than $363 million in such aid to the company and its subsidiaries from jurisdictions in 27 states.

So much for the free market.