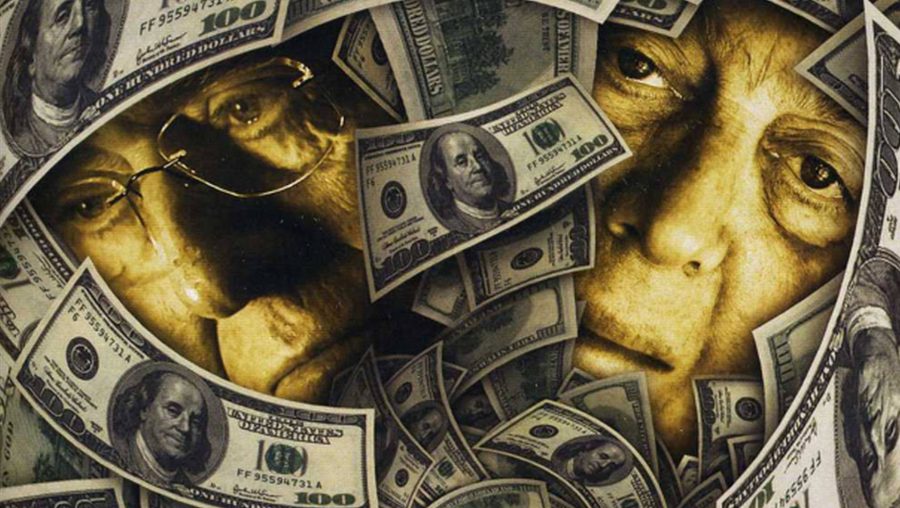 The Koch brothers and their network of billionaire political spenders have made their marching orders to Republicans in Congress clear this year—kill the Affordable Care Act and pass sweeping new tax breaks for corporations and the top 1% or don’t come looking to us to bankroll your 2018 campaigns.

But in order to execute those orders, lawmakers may have to pay a steep political price by eliminating health benefits and tax breaks that benefit millions of middle income voters as well as state and local governments.

Pouring SALT into the Wound

The Trump tax plan is already taking a pounding as a gift to the super rich and to Trump himself. The elimination of a popular tax deduction throws salt into the wound.

That explains why the troika of institutions that make up the Koch’s state-based political network—Americans for Prosperity, the State Policy Network, and the American Legislative Exchange Council — are muted or silent on the proposed elimination of the state and local tax (SALT) deduction in the midst of the biggest push to overhaul federal taxes in almost 40 years.

Whether or not to sacrifice SALT is turning out to be the heart of the debate, as it is the only way Republicans can figure out how to pay for their proposed tax breaks for corporations and the rich. Without it, the GOP can’t offer a revenue-neutral bill that cuts the marginal corporate tax rates from 35% to 20%, lower the top income tax rate, and eliminate the estate tax.

Those tax cuts would add $1.5 trillion to the federal deficit over the next ten years. Eliminating SALT would make up $1.3 trillion of that amount. But, according to the Urban-Brookings Tax Policy Center, 80% of the resulting tax savings would flow to the wealthiest 1% of taxpayers.

The Koch troika of institutions has the same problem as Republican lawmakers: It is hard to be for eliminating a tax break if you represent a state where most taxpayers benefit from it.

The Koch’s astroturf field operation, Americans for Prosperity (AFP), claims to have 3.2 million members and, if the national average applies to its membership, 30% of them deduct state and local taxes on their federal return. Is AFP all out for the elimination of the deduction, the way it has been all out for the destruction of Obamacare? Not even close.

“We have a tremendous opportunity to advance tax reform as the top priority in the months ahead – but it’s never going to happen unless we take bold action,” says AFP on its national webpage. It also says it is for closing tax loopholes, but it is silent on SALT.

Then there is the American Legislative Exchange Council (ALEC), the Koch’s pay-to-play group of lobbyists and legislators. Unlike AFP, ALEC does say it is for the elimination of SALT deductions, but its sign-on letter picked up only 100 state legislators out of the group’s 2,000 claimed members.

Eighteen states have no signers even though ALEC has state legislative chairs and members in those states, and some states only have one signer. The reason is obvious: most legislators find it hard to justify double-taxing their constituents. Notably, only eight of this year’s 37 ALEC “Legislators of the Week” signed on.

If AFP is sitting on the sidelines, and ALEC can only organize tepid support, what about the Koch-funded State Policy Network (SPN) of groups that provide the cookie-cutter “research” to support ALEC bills and AFP lobbying? Surely they must have good arguments for eliminating the SALT deductions?

Nope. There are 66 state based “think tanks” in the SPN network, but only a few of them have anything to say about the major tax issue facing Congress. The Empire Center says that New Yorkers will not be hurt as much as Californians, but there is no way to tell if the group is for or against the deduction elimination.

In Illinois the Illinois Policy Institute warns that elimination of the SALT deduction would have “a disastrous impact on the Illinois’ economy” unless it is offset by “tax cuts that improve Illinois’ competitiveness relative to other states,” but it doesn’t specify what those are.

As a result, the Kochs are going through linguistic and organizational gyrations to explain their non-positions. “The network won’t draw any ‘red lines’ on changes to the tax laws; it’s simply pushing to get rid of carve-outs for special interests and lower tax rates across the board,” said James Davis, a spokesman for Freedom Partners, the Koch’s ATM for political campaigns.

Without leadership from AFP, ALEC, or SPN in the states, it is clear that the fight is being carried by the large corporations like Koch Industries that benefit from the GOP’s tax overhaul, and the Koch machine can only half-heartedly and vaguely create the illusion of an acceptable way to pay for it.

On the flip side, every other organization that represents state and local elected officials, such as the nonpartisan National Council of State Legislators, the National Association of Counties, the National League of Cities, is resolutely against elimination of SALT deductions.