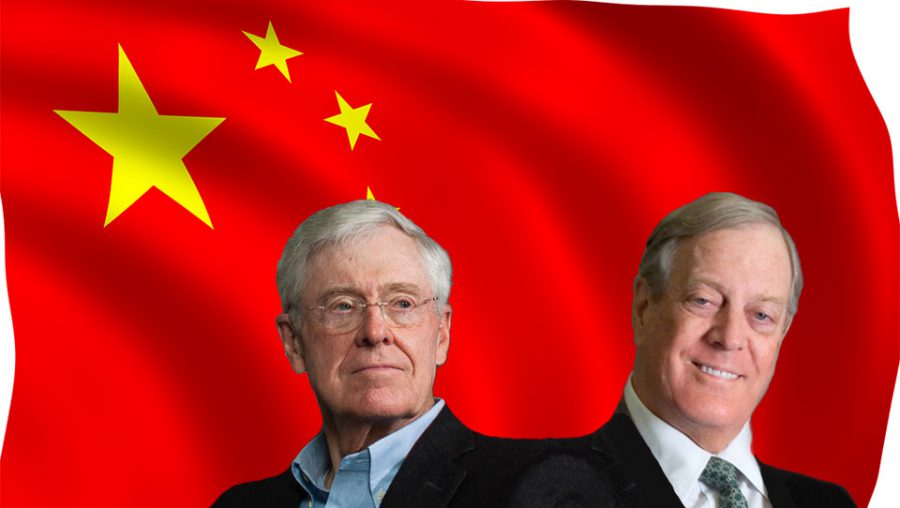 While candidate Trump slammed China as “an economic enemy” who engaged in “the greatest theft in the history of the world” by stealing U.S. jobs, the billionaire Koch brothers have taken a different tack. They have decided to invest in the totalitarian nation.

In October, in what may be their first purchase of stock in a company from a communist nation, Koch Industries bought 13,000 shares of SINA, which trades at just about $100 a share. (See list of NASDAQ traded companies in which the brothers have a stake). SINA is one of the first Chinese companies to list on a U.S. stock exchange.

SINA is not a government-owned enterprise, but it does obey the law as laid down by the Communist Party of China. SINA Weibo, the company’s internet offshoot, has participated in a state ordered crackdown of bloggers, democracy activists, and critics of the Chinese government.

SINA has even established a Communist Party committee within the company whose job it is to “assess the company’s daily operations to ensure they do not stray from party objectives,” writes the Financial Review.

The Kochs may be following in the footsteps of their father Fred Koch. As New Yorker journalist Jane Mayer has detailed, Koch Sr. made the family fortune by working for Stalin helping to build 15 Soviet oil refineries. The experience made him virulently anti-communist and anti-“big government” in general, but these beliefs did not seem to stand in the way of making money.

Fred Koch would later go on to help Hitler’s Third Reich build an important oil refinery that had to be taken out by the U.S. Army Air Corps in World War II.