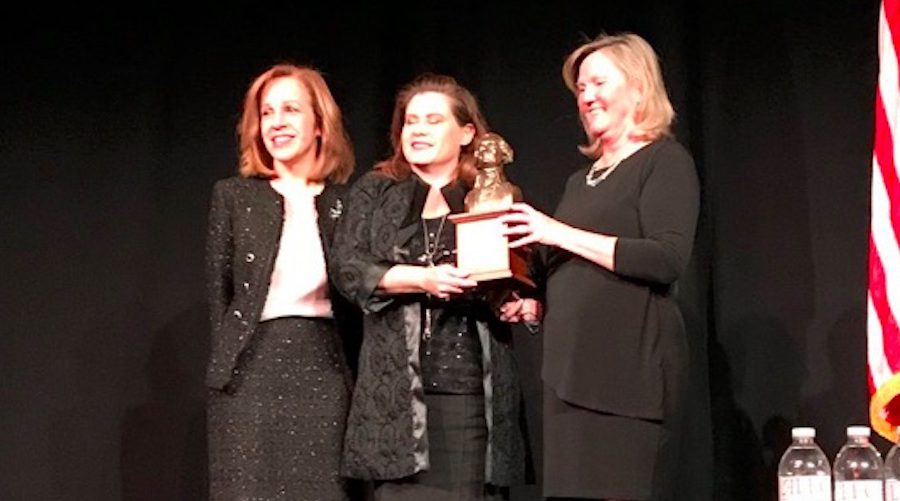 Saine was arrested Wednesday at the Denver International Airport for trying to bring a loaded semi-automatic handgun through security.

Saine was charged with a sixth-degree felony. If convicted, she could face up to 18 months in jail and a fine of up to $100,000.

It is unclear why Saine tried to sneak a loaded gun onto a plane. Firearms are only allowed on planes if they are unloaded and properly stored in checked baggage.

ALEC apparently did not find Saine’s actions disturbing, as it went on to award her the Public Sector State Chair of the Year award on Thursday anyway. The award is given to State Chairs to recognize them for their work with ALEC members in promoting ALEC’s extremist agenda.

ALEC and FreedomWorks, a right-wing group instrumental in the Tea Party movement, also awarded Saine the “Legislator of the Week” award in March.

For a number of years, the gun industry’s lobbying arm, the National Rifle Association (NRA), co-chaired ALEC’s Task Force on Public Safety and Elections, which has since been disbanded after public controversy concerning the shooting of Trayvon Martin and ALEC’s backing of radical “stand your ground” laws.

The author asked ALEC if it wanted to comment on this story but received no response.