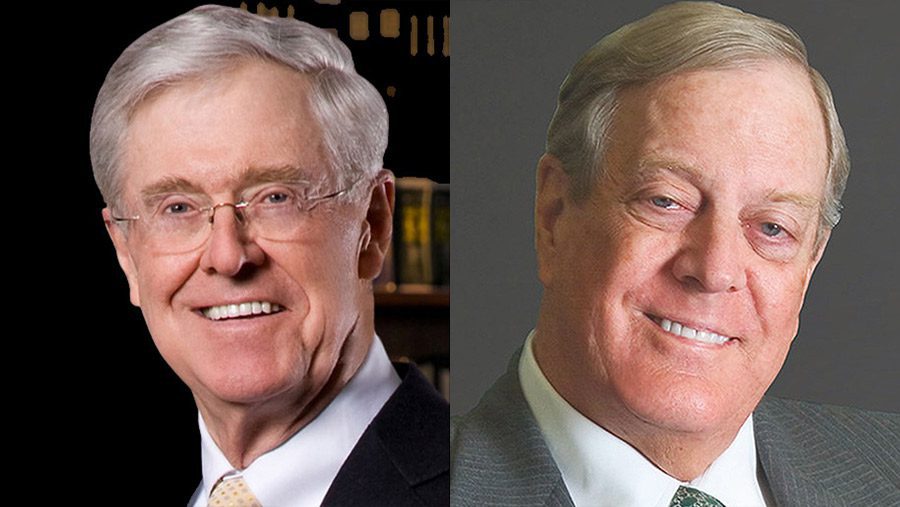 The Koch brothers have been on a tear, demanding the roll back of occupational licensing in states, claiming that “government overreach” is creating “barriers to opportunity” for average Americans. The PR posturing from Koch employees references occupational licensing for “pet grooming” and other seemingly frivolous enterprises.

The Kochs, of course, completely ignore the fact that occupational licensing rules have been successful at protecting consumers from fraud and abuse and establishing “best practices” for training in an industry. Licensure trains dentist aides not to pass on diseases, electrical journeymen not to burn down your house, construction workers on how to remove asbestos safely. Even dog groomers could benefit from these standards. PetSmart, for instance, has faced many complaints and lawsuits involving animals alleged to have been injured or killed in the largely unregulated dog grooming industry.

Now, the Koch funded “experts” at the Michigan based Mackinac Center for Public Policy have jumped into the fray campaigning to eliminate many of the licenses required for doing business in that state. Mackinac is a member of the State Policy Network and a regular presenter at the American Legislative Exchange Council (ALEC).

Mackinac, best known for its efforts to lower wages and bust unions in Michigan, issued a report in 2017 on the need to eliminate licensing, training, and state oversight of many health care and other occupations.

The report cherry picks a few occupations that may have onerous education requirements for licensing as if those examples represent the over 180 occupations and 700,000 people licensed by the state.

What the report never does — except theoretically — is show whether the state licensing works to reduce harm and costs to consumers. The only way to do that is to record the number of disciplinary actions, including loss of licenses, taken by the state, but Mackinac prefers spin to facts.

CMD Takes a Look at the Data

The Center for Media and Democracy did what the state of Michigan apparently does not do, which is assess the total number and types of disciplinary actions taken over time. CMD took data from the Michigan Department of Licensing and Regulatory Affairs (LARA) for the period January 2017 through October 2017.

In the period studied there were over 260 disciplinary actions against licensees for fraud and other crimes against consumers. (This data reflects “individuals,” not all reported cases as some cases involve reinstatement of a license already reported.)

When licenses are taken away, permanently, or temporarily, the licensee has much less of a chance to commit future fraud. For example, a contractor using shoddy materials shut down by the state finds it much more difficult to get that next contract.

For the ten-month period analyzed by CMD over 800 health care professionals were fined, lost their license, put on probation, or forced to do continuing education because of incompetence, sexual misconduct, malpractice, use of drugs, fraud, and other actions or behaviors.

Mackinac Center does not look at the social benefit, reduction in costs to patients, providers, and insurance companies of disciplinary action, suggesting that instead of relying on the government a person harmed could simply sue the negligent provider.

This is a cynical ploy, as lawsuits are generally not an easy option for average Americans. They not only don’t have the funds, they frequently don’t have the rights, thanks to the ALEC “tort” bills that have swept the nation making it harder for consumers to bring cases to court when they are injured or killed by products or providers.

ALEC is so hostile to lawsuits, it even passed a bill making it harder for you to obtain any compensation from a company whose negligence killed the family pet.