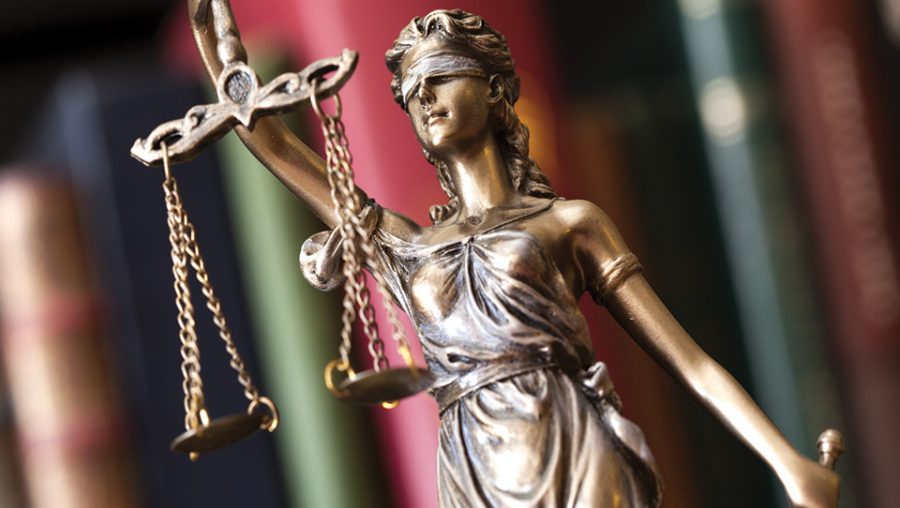 Big-budget religious-right organizations are waging a sustained crusade to advance their controversial social agenda by rigging the rules in state courts, according to a new report released by the Center for Media and Democracy (CMD).

Ten of the largest groups with a combined annual budget of more than $220 million have spent millions over the past decade to mount a relentless attack on traditional safeguards designed to insulate judges from politics, including merit selection, campaign finance laws, and judicial codes of conduct that limit what judges can say about legal issues likely to come before their courts.

Emboldened by the successful ousting of three state Supreme Court justices in Iowa in 2010, as retaliation for the Court’s unanimous decision overturning a ban on same-sex marriage, those conservative religious groups have used legal challenges, legislation, and dark-money election spending in more than a dozen states to politicize state courts. 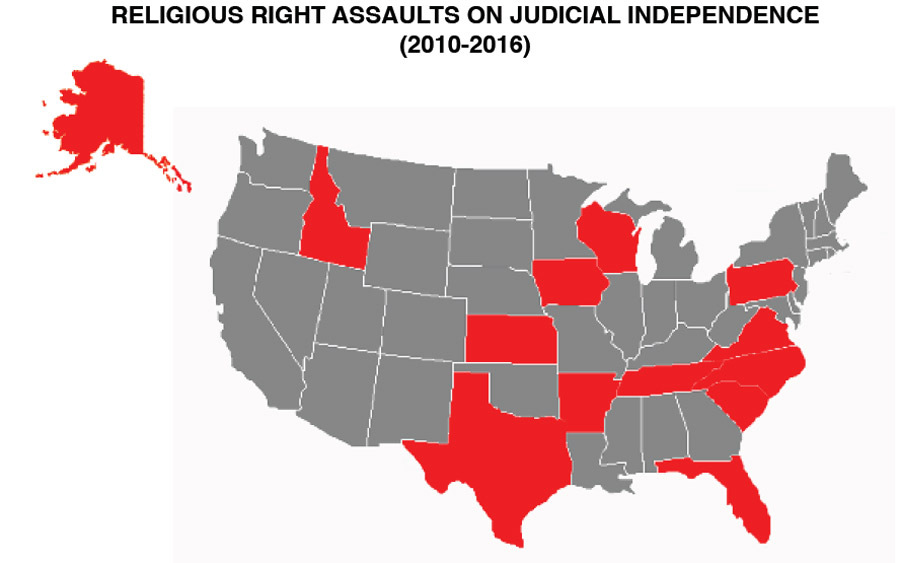 “All courts are under attack by conservative warriors,” said Arn Pearson, CMD’s executive director and the report’s author. “But since Iowa, those most at risk are in the states.”

“The organized Christian right thinks judges should be accountable to ‘values’ voters, and does not believe in the separation of church and state,” Pearson said.

While the religious right has not been able to replicate its Iowa rout, it has successfully teamed up with corporate and partisan players to abolish merit selection in Tennessee, win a conservative majority on Wisconsin’s Supreme Court, and mount a major 2016 challenge against four Kansas Supreme Court justices based on their rulings on abortion, the death penalty, and school funding.

Those efforts have been bolstered by the U.S. Supreme Court’s controversial ruling in Citizens United v. FEC, which allowed corporations–including nonprofits–to pour money into judicial elections for the first time in more than a century.

“The influence of big money–already pervasive in federal and state elections–increasingly casts a shadow over how state judges handle controversial cases concerning equal marriage or privacy rights,” Pearson said. “Million-dollar-plus campaigns against sitting judges have become the new normal and can intimidate judges, who are supposed to be neutral arbiters of the law, even when unsuccessful.”

Outside spending on state supreme court elections has more than tripled since 2010, reaching a record $28 million in the 2015-16 judicial elections.

Citizens United and many of the state attacks on judicial independence have been masterminded by James Bopp, an Indiana attorney and GOP insider who has represented groups like Focus on the Family, the Christian Coalition, National Organization for Marriage, and National Right to Life.

Focus on the Family and its advocacy partner, the Family Policy Alliance, have been major players in that effort. The groups spent a combined $93 million in 2016 and funneled nearly $7 million to a network of local partners in 38 states between 2012 and 2015.

Focus on the Family recently declared itself a church and announced that it will no longer file informational tax returns with the IRS.

“The religious right wants to win ‘Christ-centered’ courts that reflect their extreme religious views, and they will continue to wage a series of small battles until they get there,” Pearson said. “Ensuring that courts will protect the constitutional and civil rights of all Americans, regardless of their religious views, will take an equal commitment from supporters of an independent judiciary.”

Read the report: Conquering the Courts

This report was made possible by funding from the Piper Fund, an initiative of the Proteus Fund.

The Center for Media and Democracy (CMD) is a nationally recognized watchdog that
leads in-depth, award-winning investigations into the hidden avenues of influence that
undermine our democracy, environment, and economic prosperity.