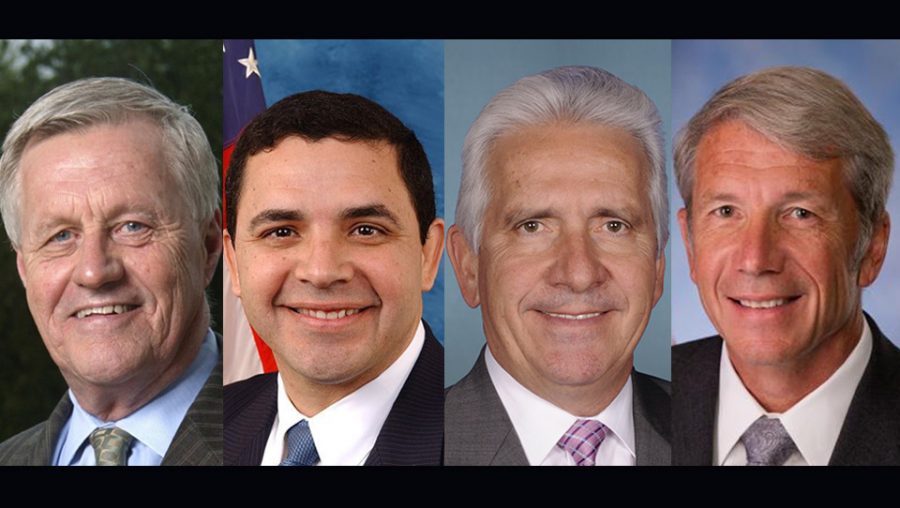 The Koch machine surprised some observers over the weekend when its political advocacy arm, Americans for Prosperity, announced that it will back Democrats in the 2018 elections who promote the Koch agenda. The move reflects a growing split between the Koch’s political operation and the Trump Administration over trade and fiscal policies, and a willingness to punish Republicans who don’t toe the Koch line.

Charles Koch confirmed that stance on Sunday, saying, “I don’t care what initials are in front or after somebody’s name.”

But the fact is that the Kochs have already funded a handful of Democrats who support them on key issues. KochPAC, the political action committee of Koch Industries, has contributed to four Democrats in the 2018 election cycle to date, and gave the same four money in the 2016 elections.

The KochPAC support for these Democrats comes despite their opposition to the Kochs’ favorite legislation last year, the Jobs and Tax Act of 2017. The Kochs stand to gain as much as $1.4 billion from the tax cut, so why do they fund a handful of Democrats in the U.S. House who opposed the bill, when they also fund 170 GOP members who all voted for the tax cut?

These are special Democrats for the Kochs.

Collin Peterson is one of the better-known climate deniers outside oil and gas producing states, unique among Democrats. In blocking climate legislation in his committee, he said, “They’re saying to us [that climate change is] going to be a big problem because it’s going to be warmer than it usually is; my farmers are going to say that’s a good thing since they’ll be able to grow more corn.”

Peterson’s unusual position may have something to do with the fact that his state, Minnesota, is home to one of Koch’s largest refineries and a crude oil pipeline network.

Jim Costa, while not an outright denialist like Peterson, nevertheless voted against allowing the U.S. Environmental Protection Agency (EPA) to regulate greenhouse gases under the Clean Air Act.

Henry Cuellar was one of the few Democrats to support a bill that was a direct attack on climate science (H.R. 1430). The bill, which passed the House in 2017, would prevent the EPA from using the best current science unless the underlying raw data is made public. The problem with that, critics say, is that it would require disclosure of confidential health information of people who participate in studies.

Similarly, Kurt Schrader voted for H.R. 1431, which would have undermined the ability of the Science Advisory Board to provide independent, objective, and credible scientific advice to the EPA.  Outgoing EPA Administrator Scott Pruitt later kicked most of the scientists off this board and replaced them primarily with people with ties to industries regulated by the agency.

All four House members had poor environmental records in 2017, according to the League of Conservation Voters (LCV).

Peterson had a 14 percent score averaged from dozens of votes, one of the lowest among Democrats. Costa had a 31percent record, lowest among California Democrats. Cuellar’s LCV rating was 35 percent. Schrader scored 73 percent, while his Oregon Democratic House colleagues all scored 100 percent.

Koch Industries consistently ranks near the top of the combined Toxic 100 air, water, and greenhouse polluters (compiled by the University of Massachusetts Amherst’s Political Economy Research Institute) and has a vested interest in weak environmental laws and a lack of action to address climate change.

At its retreat for mega-donors in Colorado Springs last weekend, the Koch’s political lieutenants signaled that they would cut off funding for Republicans that fail to adequately embrace the Kochs agenda, most notably North Dakota senatorial candidate Kevin Cramer.

“If you are a Republican who sits on the committee that wrote the worst spending bill in our country’s history and you voted for it, you’re darn right we will hold you accountable,” said Emily Seidel, CEO of Americans for Prosperity (AFP).

And Seidel made it clear to donors that it will bankroll Democrats who buck the pro-consumer reform positions. “If you are a Democrat and stand up to [Senator] Elizabeth Warren,” Seidel said, “you’re darn right we will work with you.”

While spending by KochPAC is significant–it has distributed over $1 million so far for the 2018 elections–it pales in comparison with AFP’s political spending and the $400 million the Koch donor network has committed to dole out this election cycle. KochPAC spending often signals future Koch network spending.