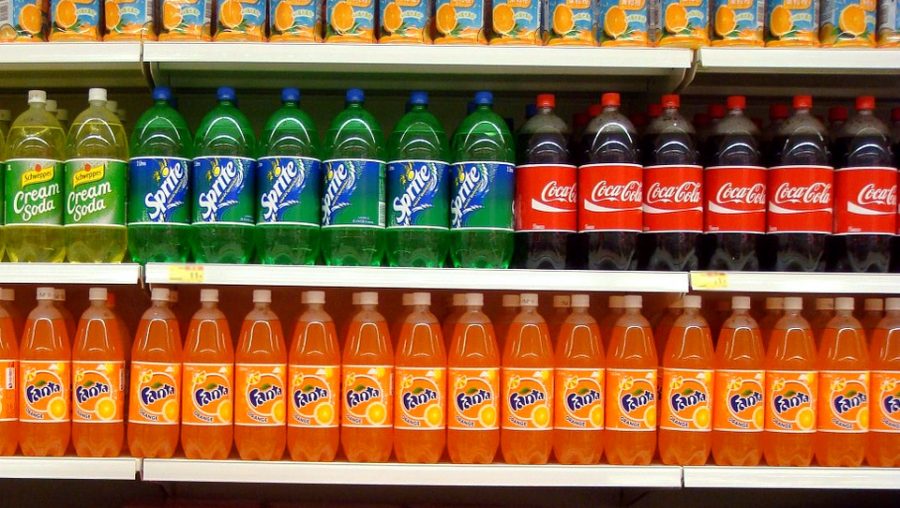 As public health advocates across the country push for small tax boosts to sodas and other sugary drinks to battle obesity, diabetes, and heart disease, the soda industry and its allies are playing hardball.

To put an end to successful soda tax campaigns in California, industry lobbyists threatened to put a measure on the California ballot banning all local taxes — not just soda taxes — a form of high-stakes hostage taking that forced legislators in Sacramento to ban local soda taxes until 2030 in exchange for taking the measure off the ballot.

Now this heavy-handed industry overkill has come to Oregon, where an allied group — the grocers — has spent over $2.3 million on a wildly over-broad constitutional amendment that would not just impact soda taxes but can be read as prohibiting taxes at all stages in the chain of commerce, permanently preventing the state and its cities and counties from levying any taxes related to distribution or sale of all groceries.

The constitutional amendment, called Measure 103, is a preemptive strike.

Measure 103 was also reportedly proposed to counter efforts to raise corporate taxes at the state level, such as 2016’s Measure 97, which voters rejected. Measure 103 states that it would prohibit “the imposition and collection of a tax, fee, or other assessment, including but not limited to a corporate minimum tax, on the sale or distribution of groceries…” and analysis by the Oregon Attorney General concludes that the corporate minimum tax for sellers and distributors of groceries could not be changed.

Constitutional Amendment Would Have Broad Consequences

As in California, the anti-“grocery tax” initiative in Oregon is not so simple. Expert analysis suggests that the Oregon measure will have a raft of unintended consequences.

“No on 103” campaign manager Elisabeth Swarttouw told the Center for Media and Democracy (CMD) that “these are special interests coming in and carving themselves out permanently from a wide range of taxes… This is not the way we should set public policy.” The measure, she said, is “not in touch with what working families need.”

The measure would prohibit state and local taxes on sales of food at restaurants, according to the Oregon Attorney General. Oregon’s bottle deposit fee encouraging recycling could even be repealed by the measure, according to the Portland Tribune.

A hospital provider tax Oregon voters passed in January 2018 to help maintain Medicaid could lose crucial portions, according to legal analysis by Steven C. Berman for the measure’s opponents at the pro-labor economic and “social fairness” advocacy group Our Oregon, which backed 2016’s Measure 97. (Berman also submitted a lengthy critique of the ballot measure to the Oregon Secretary of State on behalf of Our Oregon Executive Director Becca Uherbelau on August 1.)

“Food and mileage taxes (as applied to ‘groceries’)” would not be able to be lowered if the measure were to pass, according to Berman’s memo.

And although the measure specifically exempts tobacco taxes from the ban, it would permanently strip both localities and the state legislature of their ability to tax e-cigarettes and other non-tobacco liquid vaping products, according to Berman.

And yet the proposed amendment would still allow taxes on diapers, medicine, and feminine hygiene products, according to the Portland Tribune.

The committee supporting the measure has received a total of over $2.5 million from Albertsons Safeway, Kroger, Costco, the Northwest Grocery Association, McKay’s Markets/Price ‘N Pride, and Thunderbird Market; and spent over $2.3 million from August 2017 through August 3, 2018, according to the Oregon Secretary of State.

Opponents of the Oregon measure include the American Heart Association, Oregon Nurses Association, Farmers Market Fund, AARP, and many labor and environmental groups. They have filed a committee with the Oregon Secretary of State (OR SOS) but had not reported any contributions or expenditures as of August 21, 2018.