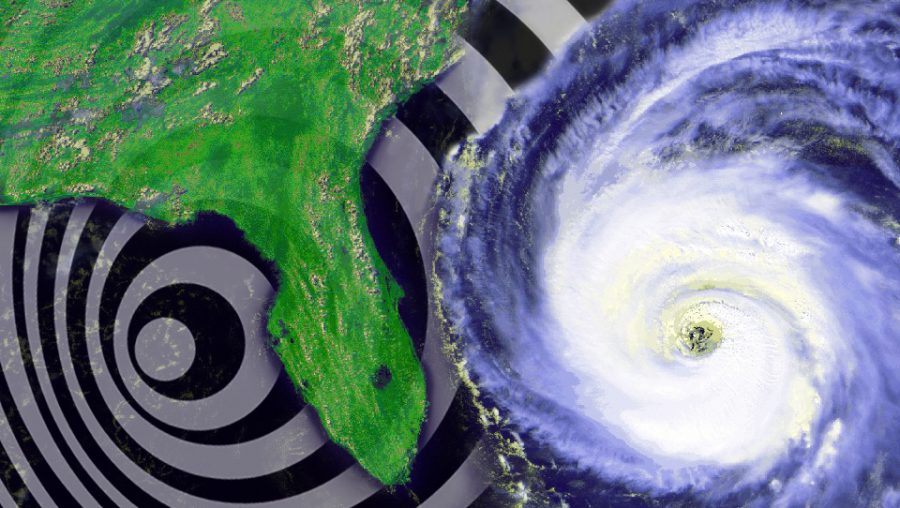 There was a Twilight Zone episode where a man from 1965 wakes up in 1865 in Washington DC. He sees a newspaper headline, “President Lincoln is going to Ford’s Theater tonight.” He frantically tries to tell everybody to alert Lincoln that he will be assassinated if he goes to Ford’s Theater. Nobody takes him seriously, and Lincoln gets shot.

Today, in 2018, there is nobody from 2118 frantically trying to tell us how we are making a disastrous mistake with the current climate crisis. But somebody should definitely try. If you see me frantically waving my hands, here’s why.

We are focusing on only half of the solution to climate change. We must not only radically reduce our CO2 emissions, we also absolutely must remove CO2 from the atmosphere. We have dilly-dallied for so many decades now, failing to reduce our emissions, that we have already crossed a big line; reducing emissions alone will no longer be enough to save us.

Since the Industrial Revolution, humans have added 1 trillion tons of CO2 to our skies, already enough CO2 to devastate us. It was enough to heat the Gulf of Mexico to the point where tropical storms there in 2017 beefed up into a series of hurricanes that destroyed cities as never before (warming seas cause stronger hurricanes). It has been enough to vastly melt the Arctic with ruinous consequences, and it is now causing California to burn with much more ferocity. The 1 trillion tons of CO2 we already produced is right now kick-starting our slide down a slippery slope to mass misery and the destruction of decently organized human life.

Even if by magic we all instantly became perfectly green with zero emissions, that 1 trillion tons of CO2 is enough to cook us, and we won’t be able to stop it unless we find ways to remove CO2 from our skies. But all we ever hear about is emissions reduction. We act, talk, and write as if reducing emissions alone will solve the problem, but at this late date, it won’t.

Make no mistake, I am in no way denying the crucial necessity of emissions reduction. Ongoing CO2 emissions are in fact such a huge problem that, if we don’t bring them down radically, any attempts to avoid climate ruin by pulling CO2 out of the sky will be futile, as ongoing emissions will countervail all our CO2 removals. Clearly, we all must fight ferociously with full force to radically reduce ongoing CO2 emissions.

However, other than articles involving James Hansen, Russ George, or Sam Carana, you will have to search quite assiduously to find any article on climate that does a good job of giving CO2 removal its proper place alongside emissions reduction. Clean energy, green industry, and conservation are constantly cast as the full answer to the threat, portrayed as all we need to do to avoid runaway climate change. Twilight Zone indeed.

The climate movement needs a serious update. If this was 1968, then emissions reduction could be the only goal, but not in 2018. That killer 1 trillion tons will not go away by itself. If we don’t roll up our sleeves and get to work on swiftly removing CO2 from our skies, we will be doomed for sure.

The grassroots protesters are correct that “business as usual” is what got us into this mess, and that we need to deal with root causes. But even if we base our decisions in our communities rather than being dictated to by big business, even if we radically curtail the meat industry, even if we fundamentally change how we produce and consume and put sustainability at the heart of everything we do — all great examples of societal fixes that are essential for avoiding climate ruin — we would still need to remove huge amounts of CO2 from the atmosphere.

So the next step is to look at the various ways to remove CO2. When you start examining them, you will find challenges in terms of high financial costs, high amounts of energy needed to run various machines, low speed of removal, and limited ability to scale up to remove enough CO2. There are a host of ideas out there, and all of them need to be considered, vetted very seriously, and implemented if they can contribute to the removal. The one I choose to highlight here, because of its unique potential for being cheap, easy, fast, scalable, and needing almost no energy at all, is called “Ocean Pasture Restoration,” or OPR.

When our oceans are healthy, they naturally remove significant amounts of CO2 from the atmosphere by creating life, such as plankton, via photosynthesis. But we have a problem: large parts of our oceans are iron deficient, as ocean chlorophyll has been lacking the vital, albeit tiny, amount of iron that it needs for robust photosynthesis.

Before the Industrial Revolution the oceans were getting enough iron. For centuries, winds were blowing iron-rich dust from dry land masses into the oceans. But as CO2 has increased in the atmosphere, that extra CO2 has caused many land areas to become more grassy — less dusty — and therefore the winds have been carrying much less iron-rich dust into the oceans.

Luckily, the amount of iron needed for ocean pastures to regain their robust power of photosynthesis is extremely small. This means it is entirely feasible to gather and distribute enough iron-rich dust to restore our sick oceans back to their healthy pre-industrial, life-spawning, and CO2-repurposing state.

People are correctly concerned with the loss of Amazon rainforest. But the equivalent loss in the oceans is shocking. Ocean pastures, along with the Amazon, are the “lungs of the planet” — 70% of the oxygen in the atmosphere is produced by marine plants. During the last 50 years, the oceans have been losing an amount of plant life equivalent to an entire Amazon rainforest every five years. So, over 50 years that is 10 entire ocean Amazon forests that have stopped breathing in CO2 and breathing out oxygen. It’s largely from losing the iron and other micronutrients because of less “dust in the wind.”

Fortunately, it is much easier to replace tiny amounts of iron than to regrow the Amazon. One ocean pasture is roughly the scale of one Amazon forest. Since OPR can get up and running simultaneously in 10 pastures, after about 5 years those 10 ocean pastures could become 10 Amazon-equivalents. That would repurpose quite a lot of CO2, on and on into the future.

OPR is done pasture by pasture, so adjustments can be made for unforeseen problems. Moreover, OPR is about returning pastures to their historically normal concentrations of iron, nothing we haven’t seen before, and the data from those centuries of normal concentrations tell us that the oceans were indeed healthy and were not plunging into disastrous problems. Indeed, OPR was performed in 2012 off the coast of northwest Canada and it worked very well, with no disasters. Nonetheless, any change involves risk, and there are no silver bullets. But it’s time to get going, and removing CO2 with one method or the other is critical.

How much will it cost? James Hansen refers to levels as high as $500 trillion for capturing, compressing, and storing carbon. Fortunately, restoring ocean iron would cost in the very low billions.

Our goal must be nothing short of giving future generations the same safe and healthy climate that our grandparents enjoyed. We can do it. But I feel like I am in a Twilight Zone episode watching Lincoln riding in his carriage on his way to Ford’s Theater — and I feel the burn of duty to warn him. Because if we silently go along with today’s two dominant camps, either denying the problem exists, or focusing only on emissions reduction, we will be doomed to enter a truly nightmarish version of the Climate Twilight Zone.

So, instead, let’s push relentlessly, as hard as we can, for emissions reduction and CO2 removal, and let’s restore our climate.

All articles by Alex Carlin