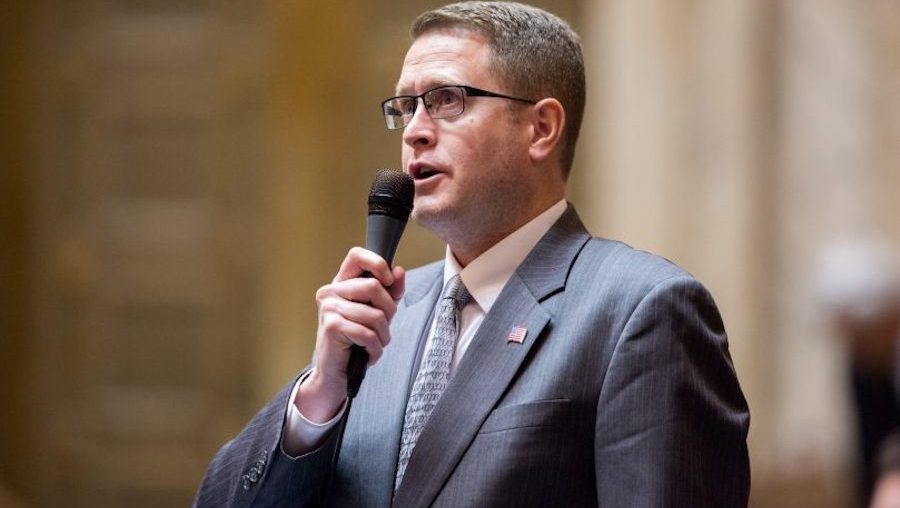 Rep. King has a history of making bigoted remarks, often via Twitter. In March 2017, he tweeted “We can’t restore our civilization with somebody else’s babies.” Then, in August 2017 following the death of Heather Heyer in Charlottesville, Rep. King said in an interview, “Let’s put that stuff behind us in history. The Civil War was history, the Confederacy was history. There’s a symbol there that means slavery to some, but it means a historical pride in the south in others, and we should be able to look at it as history.”

Rep. King is an alumnus of the American Legislative Exchange Council (ALEC) from his tenure as an Iowa state senator from 1997 to 2003.

With GOP leadership taking away King’s committee posts following his racist remarks, the question remains as to why ALEC allows Washington State Rep. Matt Shea to remain as a state chair in the organization.

ALEC is a pay-to-play operation where legislators and corporate lobbyists meet behind closed doors to establish policies on issues that affect our lives, such as the environment, energy policy, and workers’ issues. The vast majority of its members are Republicans.

News broke in November that Shea was referred to the FBI for circulating a manifesto on how to conduct a Christian holy war, entitled “Biblical Basis for War.”

Shea lost his leadership role as Caucus Chair in the Washington House of Representatives following the publishing of the manifesto. But, as the Center for Media and Democracy (CMD) reported, Shea retained his position as a state chair for ALEC.

The manifesto calls for the killing of all males who do not agree to “obey” biblical law and is consistent with the “Christian Identity” movement, a white supremacist ideology that seeks to establish a “white homeland” in the northwest of the United States.

“The document Mr. Shea wrote is not a Sunday school project or an academic study,” Spokane County Sheriff Ozzie Knezovich wrote in an email to the The Spokesman-Review. “It is a ‘how to’ manual consistent with the ideology and operating philosophy of the Christian Identity/Aryan Nations movement and the Redoubt movement of the 1990s.”

“The goal of these groups has always been to create a white homeland consisting of Idaho, Montana, Wyoming, Oregon and Washington,” Knezovich wrote. “The ideas presented in the (biblical war) document are how these groups intend to seize control, by force, should there be a governmental collapse or civil war.”

Minority Leader McCarthy denounced Rep. King’s comments as “not the party of Lincoln, and [] definitely not American.” But ALEC has remained silent on the violently white supremacist position taken by Shea.

So, again, the question remains: Why is ALEC embracing a well-known white supremacist and rewarding him with a leadership role in the organization?