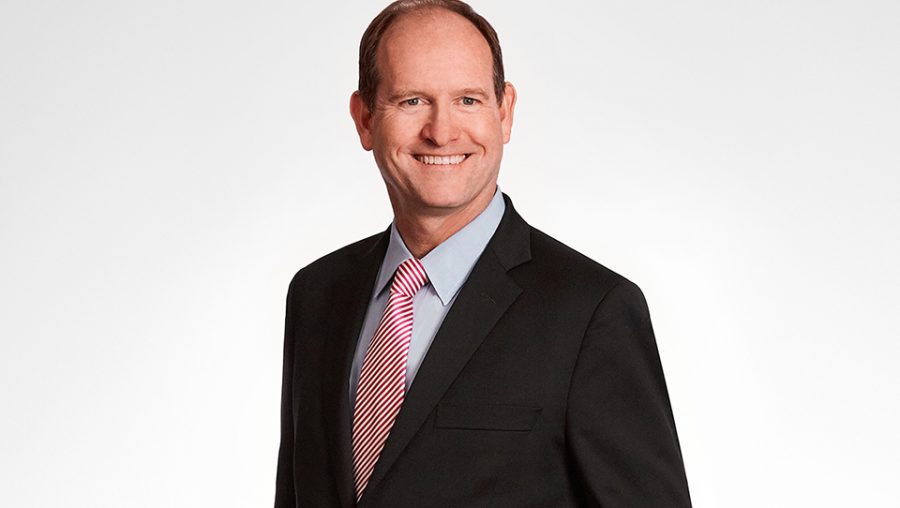 On December 4, 2018, outgoing Wisconsin Governor Scott Walker appointed labor and employment attorney Scott Beightol to the University of Wisconsin System Board of Regents.

Over decades of practice, Beightol has built up a history of anti-worker and anti-union arguments in defense of corporate interests.

Beightol is a partner at the Michael Best & Friedrich LLP, the Wisconsin law firm most famous for helping Walker and legislative leaders gerrymander the state in 2011. His firm bio states, “Scott counsels clients on their ‘people’ issues. Businesses, owners, and boards of directors look to Scott as their outside general counsel to ensure legal compliance of their operations and initiatives.”

In practice, handling “people issues” means that Beightol has helped companies and chambers of commerce attack worker and union rights and escape punishment for enabling hostile and discriminatory work-place environments, as CMD details below.

Under the lame duck appointment, Beightol is slated to serve until 2023. However, Beightol’s appointment and those of 81 others have been challenged as unconstitutional in a lawsuit that argues that the legislature did not have the authority under the Wisconsin Constitution to call an “extraordinary session” to pass the lame duck bills.

“We think that the appointments are unenforceable,” said Jeffrey Mandell, Stafford Rosenbaum LLP who brought the constitutional challenge. “It is vital that the courts uphold the limitations that the Wisconsin Constitution places on the legislature’s ability to convene and conduct legislative business.”

While the case winds its way through the system, it is worth reviewing Beightol’s history as a litigator.

Fighting for Employers Who Want to Deny Family and Medical Leave

Restricting employee benefits such as medical leave and paid sick days has been a recurring theme of Beightol’s casework.

As chairman of Michael Best and partner in the Employment Relations Group, Beightol led the challenge against Milwaukee’s 2008 paid sick days ordinance. The ordinance made sure that employees could not be fired for taking a day off to take care of themselves or their sick children. It was implemented by referendum with over 69 percent support by city voters.

Beightol represented the powerful lobbying group, the Milwaukee Metropolitan Association of Commerce (MMAC), which challenged the ordinance in the courts. In MMAC v. City of Milwaukee, corporate interests argued that the city ordinance was preempted by existing state and federal law. After the state Supreme Court deadlocked 3-3, the case was sent back to the court of appeals. With his case in jeopardy, on May 5, 2011, Governor Walker signed a bill clearly preempting the new law.

Celebrating the victory, Beightol said, “By this law, the legislature and governor have affirmed what Milwaukee businesses have argued since the start: regulation of employment standards where necessary should be at the state or federal level.”

In Jicha v. State Department of Industry, Labor & Human Rights Division, Beightol argued on behalf of the state to limit an employee’s ability to protect his job when taking medical leave under the Wisconsin Family Medical Leave Act. The Supreme Court of Wisconsin held that an employee dismissed for absenteeism caused by illness could not file an appeal because of a restrictive interpretation of the statute’s 30-day limitations period. Beightol and the defense prevailed as the court found that this time period must begin running when the employee receives their termination letter.

Fighting for Employers Who Discriminate on the Basis of Race

Protecting employers from accusations of discrimination and harassment is another consistent theme in Beightol’s litigation history. Several of these cases have involved the Equal Employment Opportunity Commission (EEOC). In EEOC v. St. Michael Hospital of Franciscan Sisters, Beightol represented a hospital accused of racial discrimination after an African-American employee was subjected to numerous racial insults, a hostile work environment, and termination when she brought forward claims of discrimination.

In finding on behalf of the affected employee and against Beightol, the U.S. District Court for the Eastern District of Wisconsin found that the defense failed to properly rebut accusations of discrimination and racial prejudice. Instead, the court found that the defense council merely asked the judges to “ignore an alleged history of race-oriented incidents.”

Fighting for Employers Against Victims of Sexual Harassment

In a sexual harassment case, EEOC v. Hufcor, Inc., Beightol opposed a former employee of a plastics manufacturer who had been touched inappropriately on numerous occasions over a three-year period. Although the employee reported the assaults to her superiors, she was met with retaliatory actions, including “denying her breaks, assigning her difficult work, trying to reduce her wages, denying her advancement opportunities” and eventual termination.

Beightol lost again when the U.S. District Court for the Eastern District of Wisconsin entered a consent decree that ordered Hufcor to pay $120,000 to the affected employee and train managers and employers on obligations and rights of employees under Title VII of the Civil Rights Act of 1964.

The plaintiff sought a job with R.J. Reynolds as a “territory manager,” which works with retailers of various kinds to increase sales of tobacco products. However, the applicant screening guidelines called for hiring managers to target candidates who had been out of college for “2-3 years” and to “stay away” from candidates who had 8-10 years of sales experience.

As the plaintiff, Villareal, was 49 years old at the time of application he was far older than the younger demographic targeted by the hiring managers. However, the court held that the ADEA does not protect job applicants, only job holders. Furthermore, someone who suspects age discrimination must “diligently” investigate the reason for their application’s rejection. The decision was affirmed in the Eleventh Circuit Court of Appeals while the U.S. Supreme Court declined to grant certiorari. According to the plaintiff’s attorney, the decision “will make it significantly more difficult for older workers to find jobs and attack employer practices that prevent them from being hired.”

Beightol is a frequent contributor of articles to the National Law Review. His article submissions further reflect the anti-worker arguments he has advanced in court on topics such as employee sick leave and National Labor Relations Board regulations on union elections.

Promoting anti-union “right to work” legislation in Wisconsin and throughout the Midwest is a frequent topic of his writing. When Wisconsin passed a verbatim American Legislative Exchange Council (ALEC) “right to work” law in 2015 after a huge push by the Koch’s Americans for Prosperity group, Beightol cheered on the policy, which weakens private-sector unions and lowers wages in the industry.

Notably, over 300 Wisconsin businesses in the building trades joined together to fight the union-busting bill, citing the tremendous benefit of union-funded worker safety programs for the hazardous, high-tech building trades. The battle bill generated a cover story in the New York Times magazine.

In another anti-union suit, Beightol represented the MMAC in an effort to invalidate Milwaukee County’s Labor Peace Ordinance and forbid unions from organizing a private contractor’s county funded employees. The purpose ordinance was to protect the county’s ability to ensure uninterrupted provision of county-funded care, treatment, and transportation services to the disabled and elderly by preventing disruptions that may be caused by labor disputes. ALEC has long had a “model bill” attacking such labor peace agreements.

In the MMAC lawsuit, Beightol argued that the labor peace ordinance was preempted by the National Labor Relations Act and violated the Free Speech Clause of the First Amendment and the Due Process Clause of the Fourteenth Amendment. The U.S. District Court for the Eastern District of Wisconsin held that the case was unripe for review as no contractors had yet been contacted by any unions. However, the conservative Seventh Circuit Court of Appeals reversed, finding that “MMAC would suffer concrete hardship if adjudication were delayed.”

Past Walker Regents have engaged in attacks on tenure and academic freedom generating controversy and negative publicity for the university. As as State School Superintendent and a Regent, Governor Tony Evers battled these policies. Unless the court challenges to lame duck bills are successful, it looks like the UW system is in for more of the same.

Maxwell Abbott is an attorney and a contributor at the Center for Media and Democracy.

All articles by Maxwell Abbott