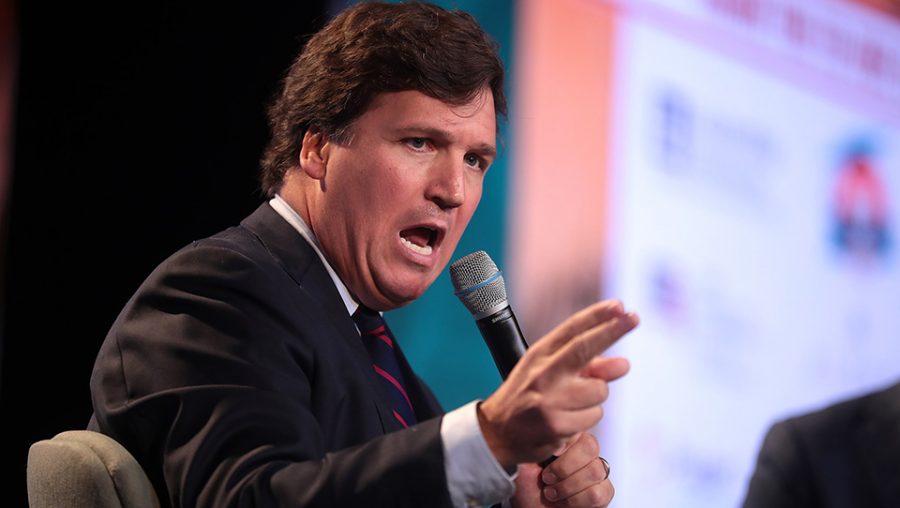 Fox News’ Tucker Carlson is under fire this week for racist, sexist, and homophobic comments he made while chatting on “Bubba the Love Sponge” a shock jock radio show between 2006-2011. Groups are scrutinizing Fox’s advertisers and demanding that they drop the show.

But Carlson also publishes The Daily Caller, a controversial online media outlet with ties to white nationalists that has infamously peddled everything from climate denial and anti-Islamic tropes to false prostitution charges and violence against protesters.

Carlson’s moonlighting as an extremist at The Daily Caller is heavily bankrolled by — you guessed it — the Koch brothers. An investigation by the Center for Media and Democracy (CMD) finds that the Charles Koch Foundation has poured more than $2.7 million into the Daily Caller’s non-profit “charity” since 2012, which generates the lion’s share of the “news” that the Caller publishes.

Indeed, in 2016, Koch cash accounted for 83 percent of the The Daily Caller News Foundation’s $1.1 million in revenues.

As if catering to white supremacists was not bad enough, Media Matters published an inventory of hateful comments made by Carlson as a guest on the show between 2006-2011.

The radio host discusses Warren Jeffs, the religious leader who was investigated in 2007 for marrying off underage girls to older men and was eventually jailed for sexual assault of minors in 2011. When the radio host condemned Jeffs for being an “accessory to the rape of children,” Carlson said “whatever the hell that means,” and going on to suggest that forcible underage marriage is not as serious as forcible child rape. Listen to the tape here.

In other interviews, Carlson called Iraqis “semi-literate primitive monkeys,” who “don’t use toilet paper or forks.” They should just “shut the fuck up and obey.” Carlson spoke about his desire for a presidential candidate to blame the “lunatic Muslims who are behaving like animals.” That candidate would be “elected king” if they vowed to “kill as many of them as [they] can.” Carlson also said Afghanistan is “never going to be a civilized country because the people aren’t civilized.” Listen to the tape here.

So far, Carlson has failed to apologize. As Fox News scrambles to control the damage, at least three advertisers — Allergan, letgo, and GreatCall — have had enough.

But with the focus on advertisers, it’s important to remember who else bankrolls Carlson’s mini media empire.

The Kochs have long underwritten The Daily Caller. Previously, CMD reported that the Kochs gave $805,512 to The Daily Caller News Foundation between 2012 and 2015, predominantly from the Charles G. Koch Foundation. Since then, the numbers have continued to grow.

In addition, CMD also examined the relationship between the non-profit and for-profit arms of Tucker Carlson’s operation. The mechanics of how they operate together raise serious concerns about whether Carlson’s tax-free nonprofit is operating primarily for the private benefit of his for-profit media outlet, which would be a violation of tax law.

CMD’s story was picked up by numerous media outlets including the Washington Post, which interviewed tax experts on the legality of the scheme.

“It really does look like the reason for the existence of this 501(c)(3) organization is to provide benefits to the for-profit company, and that should be a private benefit that is not acceptable,” Linda Sugin, a law professor at Fordham University, told the Post and other media outlets. “You can’t have money going into the foundation being used for purposes that are really to support the for-profit organization.”