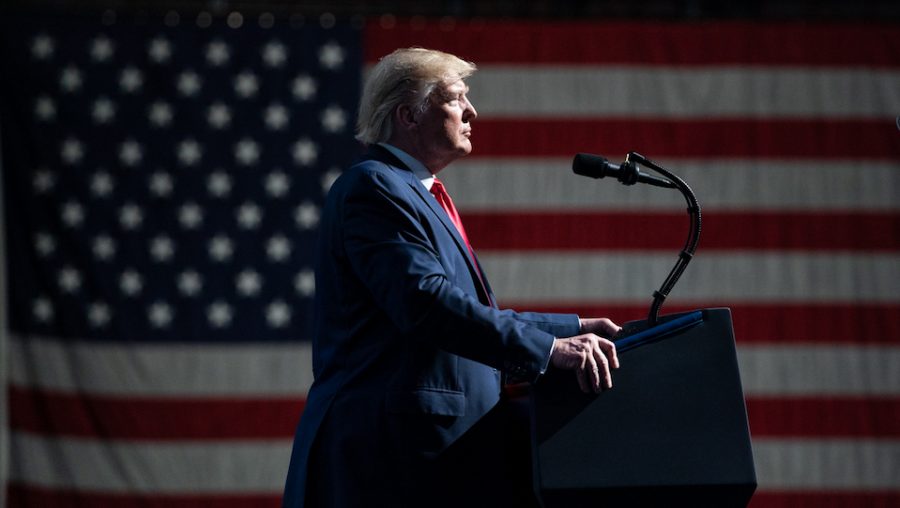 In the last few months, two conservative political spending groups have peppered the airwaves and the internet with ads against Democrats’ impeachment efforts, often slamming representatives in swing or conservative districts.

As of Dec. 7, the two groups had spent roughly $10 million targeting Democratic representatives in districts that Donald Trump had won in 2016, according to The Washington Post. After the impeachment vote, which occurred on Dec. 18, one group announced a new $2.5 million ad campaign attacking 29 Democrats who represent Trump districts and voted to impeach the president.

The answer is tricky because both groups–the American Action Network (AAN), which is closely tied to House Republican leadership, and the pro-Trump America First Policies (AFP)–are dark-money nonprofits that are not required to disclose the names of their donors. But based on previous reporting and new CMD research, we can identify the sources of nearly $36 million to AAN and $5.7 million to AFP in the last decade.

Of the known donors to AAN since 2010, most represent corporate interests. Companies, corporate PACs, and trade associations have provided $28.3 million, or 79 percent, of the known $36.1 million of AAN funding. The rest came from 501(c)(4) “social welfare” nonprofits, one union, and one campaign committee.

This report builds on research on AAN’s funders by Issue One, a campaign finance reform nonprofit. The findings come from annual federal tax records, Federal Election Commission data, and voluntary corporate disclosures. AAN raises tens of millions of dollars each year, so the majority of the sources of its funding are still unknown.

Easily the biggest AAN contributor is the Pharmaceutical Research and Manufacturers of America (PhRMA), the most prominent drug industry trade group in the country. From 2011 to 2018, PhRMA gave over $16 million to the AAN, including $2.5 million in 2018.

AAN published a memo this summer that promoted health care industry talking points against Medicare for All, a policy that drug companies oppose because it would allow the federal government to negotiate drug prices.

Another pharmaceutical industry donor to AAN is PhRMA-member Eli Lilly, which donated $200,000 through its corporate PAC in 2017. Additional PhRMA members, including Allergan, Johnson & Johnson, Mallinckrodt Pharmaceuticals, and Teva Pharmaceuticals, are opioid manufacturers and have been sued by multiple states over their roles in the national crisis.

In mid-2018, AAN produced ads supporting congressional efforts to pass a bill addressing opioids, the same bill that pharmaceutical companies attempted to “hijack” and turn into “a giant pharmaceutical company bailout,” according to Democratic Sen. Tina Smith (MN). PhRMA and its members wanted to “correct” a provision in a February 2018 budget bill that required drugmakers to offer deeper discounts to Medicare beneficiaries whose spending on prescription drugs fell within a range called the coverage gap. The change would have effectively given the drug industry $4 billion that was intended to be spent on combating opioid addiction.

Major health insurer Aetna gave over $3.3 million in AAN in 2011 as the group was fighting the Affordable Care Act. Years later, health care interests were still giving, and AAN was still fighting the same law. In 2017, AAN spent millions of dollars to support Republican efforts to repeal the ACA by passing the American Health Care Act. The bill passed the House but not the Senate that year.

In 2017, corporate trade association Business Roundtable made its first known contribution of $6 million to AAN. Business Roundtable’s members are CEOs of the nation’s largest companies, including multiple PhRMA members and opioid manufacturers, such as Allergan, Johnson & Johnson, and Mallinckrodt. Other members include chief executives of some of the same corporate interests that have donated directly to AAN and AFP, such as aerospace and defense giant Boeing, aerospace and manufacturing conglomerate Honeywell, aerospace corporation United Technologies, and chemical company Dow. Health insurers Anthem and Cigna, fossil fuel interests Chevron and ExxonMobil, and financial firms Citigroup and Goldman Sachs are also Business Roundtable members. The group has lobbied for corporate tax cuts and deregulated international trade policies, and against restrictions on executive compensation and increased power for shareholders.

Other major donations to AAN include $4 million from the Republican Jewish Coalition in 2010 and $2.3 million from the Main Street Growth and Opportunity Coalition in 2017. The coalition supported the 2017 Republican tax cut bill, which cut taxes for big corporations and wealthy Americans. AAN helped pass the law by spending tens of millions of dollars on advertising, much of which praised Republican lawmakers for supporting the bill during the legislative process.

In 2015, AAN spent over $400,000 on ads advocating for increased Department of Homeland Security funding. Under Trump, DHS contracts with Honeywell and United Technologies have skyrocketed. In 2016, Honeywell made just under $5 million from DHS; two years later, the company had scored almost $30 million in DHS contracts. United Technologies earned $388,000 from DHS in 2016; in 2018, that figure was nearly $4.1 million.

In previous years, fossil fuel interests have donated to AAN. In 2010, the Natural Gas Alliance gave $35,000, and the American Petroleum Institute gave $250,000 in 2012. Since then, AAN has advocated for oil, gas, and coal industry interests, including running ads in 2015 opposing the Paris Climate Agreement.

The group was founded by veterans of the Trump presidential campaign, and AFP official Brian O. Walsh told The New York Times, “America First Policies exists for one reason: to support the president of the United States and his agenda.”

Most donors to AFP are largely still a secret, but previous reporting has identified four companies and two trade groups that have made six- and seven-figure donations to the group. PhRMA is  an AFP donor, having given $2.5 million in 2017. The other donors are tobacco giant Reynolds American, gas and electric utility Southern Company, Dow Chemical, pharmacy benefit manager CVS Health, and the American Financial Services Association, a trade group of credit companies, including many auto lenders. The $125,000 grant from AFSA in 2017 was the organization’s only donation that year.

These known donors accounted for $5.7 million out of AFP’s nearly $22.2 million in contributions in 2017, meaning that the sources of roughly three-quarters of the group’s revenue that year are unknown. In 2018, AFP took in $15.6 million in donations.

In 2018, CVS Health, Dow, and Southern Company said they would cease donations to AFP, which has employed multiple staff members who espoused racist, sexist, homophobic, anti-Muslim, and antisemitic sentiments, after the contributions were uncovered by MapLight. Reynolds American did not post a list of its 2018 donations to nonprofit political groups, a practice it did from 2012 to 2017, so it’s unclear if the company continued to donate to AFP.

The term “America First,” which Trump adopted as one of his main policy taglines, has a long racist and antisemitic history. Perhaps most well known is the America First Committee, a group that opposed the U.S.’s entry into World War II and was led by antisemitic figures like Henry Ford and Charles Lindbergh.

AAN and AFP both have sister super PACs, which are required to disclose their donors and, therefore, may provide a window into the identities of the unknown donors to the dark-money nonprofits.

AAN’s connected super PAC, the Congressional Leadership Fund (CLF), is a giant super PAC that spent $138 million on independent expenditures in the 2018 elections. That cycle, Sheldon and Miriam Adelson donated a combined $50 million to CLF.

CLF receives funding from American Action Network, as well as a number of fossil fuel companies and GOP megadonors. In the first half of 2019, finance executives Paul Singer and Ken Griffin each gave $1 million, oil companies Valero and Chevron gave $500,000 a piece, Koch Industries pitched in $250,000, and Reynolds American gave $100,000.

Since 2017, America First Action has raked in close to $47 million in contributions, including $6 million from real estate developer Geoffrey Palmer, $10 million from Sheldon and Miriam Adelson, $3 million from Cherna Moskowitz, wife of businessman Irving Moskowitz, and $2 million from bank CEO Andrew Beal, who formerly advised Trump, according to a CMD analysis of Federal Election Commission data.

A $325,000 donation to American First Action by Global Energy Producers was part of a scheme by Rudy Giuliani associates Lev Parnas and Igor Fruman to mask illegal foreign sources of big political donations, a crime for which both have been indicted.