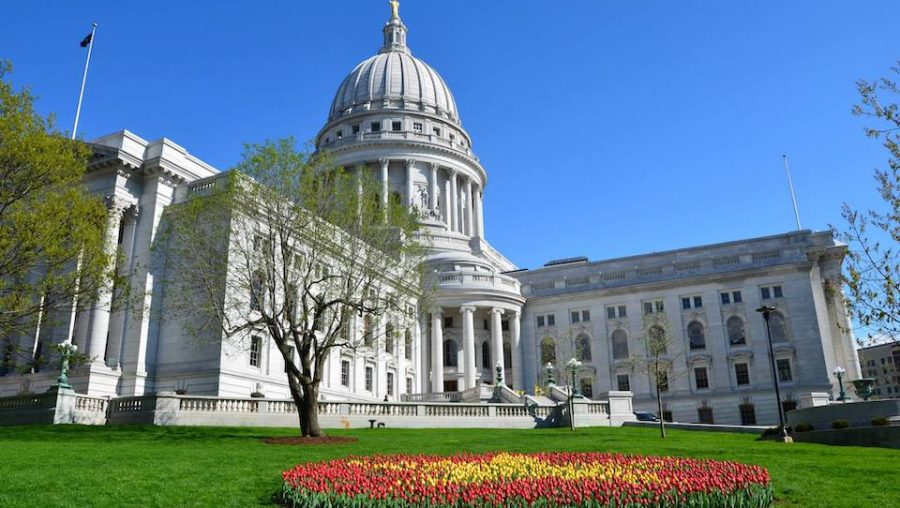 Modeled after a similar measure drafted by the right-wing Goldwater Institute, the bill imposes mandatory disciplinary sanctions on anyone under the jurisdiction of an institution “who engages in violent or other disorderly conduct that materially and substantially disrupts the free expression of others.” It also “requires suspension for a minimum of one semester of any student who twice been found responsible for interfering with the expressive rights of others at any time during the student’s enrollment,” and expulsion if done a third time.

Critics argue that the bill is designed to chill campus protests.

“In mandating suspension and expulsion of students for their expressive activity, this bill takes away university autonomy and student free speech rights,” Nicholas Robinson, legal advisor with the International Center for Non-Profit Law said of AB 444. “Students have a right to engage in counter-protests against those they disagree with. This bill is overbroad and unnecessary.”

The legislation now heads to the Senate for consideration.

Representative Cody Horlacher (R-Mukwonago) and Senator Chris Kapenga (R-Delafield) took the lead on drafting the bill, emails examined by the Center for Media and Democracy (CMD) show. Both Horlacher and Kapenga have ties to the American Legislative Exchange Council (ALEC), a pay-to-play operation where legislators and corporate lobbyists meet behind closed doors to adopt model legislation on a broad range of public policy issues.

AB 444 differs from ALEC’s model bill on the policy idea in significant ways, but it does lift much of its text liberally from the Goldwater Institute’s Campus Free Speech Act. Goldwater is an affiliate member of the State Policy Network (SPN), ALEC’s sister organization composed of 163 right-wing “think tanks” and advocacy organizations in all 50 states, Washington, D.C., Canada, and the United Kingdom that are often called on to provide the academic legitimacy for ALEC bills.

Emails from Kapenga’s legislative aide Samuel Krebs show that before AB 444 was officially introduced on September 13, 2019, Wisconsin’s SPN affiliate, the Wisconsin Institute for Law & Liberty (WILL), consulted with Kapenga and Horlacher’s offices on the bill’s language.

Krebs writes to CJ Szafir, executive vice president at WILL, “Thanks for taking my call. Attached is the bill draft for the campus free speech act. Please let me know if you have any feedback or questions.” They then scheduled a call for August 20 which included WILL’s president Rick Esenberg, Szafir, Krebs, Anna Schwarz from Horlacher’s office.

Krebs also spoke about the legislation with the Koch-backed Americans for Prosperity’s (AFP) Megan Novak and asked her for “feedback or questions” on August 12.

Nonetheless, neither WILL nor AFP  have officially taken a position in support of the  bill. In fact, as of publishing, not a single organization has lobbied in favor of AB 444, according to the Wisconsin Ethics Commission.

In contrast, Americans for Prosperity lobbied alongside the Goldwater Institute to push its Campus Free Speech Act through the Arizona legislature and celebrated its passage.

In 2017, the Wisconsin Assembly passed the Campus Free Speech Act, but the Senate took no action on it. It is unclear if the Senate will do so this time around.

“The bill doesn’t serve any educational need or address any actual problem on UW System campuses. It’s a purely partisan political exercise, it stands no chance of being signed into law by the governor, and the only reason the Senate might pass it now when they killed it two years ago is to force [Governor] Tony Evers to veto it,” Nick Fleisher, President of the AAUP Wisconsin state conference and faculty at UW-Milwaukee said.

Evers spokeswoman, Melissa Baldauff, told the Associated Press in October that the governor “didn’t approve of it when he was on the Board of Regents, and he still disagrees with the policy.”

The reemergence of the Campus Free Speech Act may have something to do with Wisconsin’s most powerful right-wing funder, the Milwaukee based Lynde and Harry Bradley Foundation.

With net assets of $854 million as of 2018, Bradley has weaponized philanthropy to build right-wing infrastructure across the country. One area of focus has been higher education.

In 2014, Bradley sent out a call “for proposals to restore academic integrity to elite higher education,” according to internal Bradley files examined by CMD.

Bradley staff rationalizes funding an effort to move higher education further to the Right in the following manner:

For generations, American conservatives have had an understandably uneasy relationship with higher education. While almost everyone recognizes the undeniable importance of a college or university degree for employment and economic well-being, conservatives have become justifiably convinced that too many college and university campuses are basically ideological indoctrination mills, designed to convert impressionable young students into lifelong supporters of the Left. Relatedly, faculty members are unfairly denied academic freedom and faculty and students are unfairly denied free speech and equal rights at too many campuses.

The internal documents do not reveal who received specific grants as a result of this call, but Goldwater has received $1.1 million and ALEC $3.7 million in Bradley grants through 2018, IRS filings detail.

Elsewhere in the 2016 “Planning Notes” for the Kohler Impact Conference (formerly the Kohler Action Conference) under the subheading “Themes & Topics,” Bradley staff places “Freedom of speech on college campuses (suppression of free speech on campus)” as the first bullet point. Staff adds “suppression of free speech” in parenthesis in acknowledgement that readers may be confused by the choice of words since speech is already protected under the First Amendment.

Bradley states further in the document that when the topic of “Freedom of speech on college campuses” is discussed at the conference, that the “root of the problem” should be considered. “Lack of free speech on campus is a symptom of the root, which is the [L]eft dominates in its campus influence,” staff writes.

Wisconsin’s first Campus Free Speech bill was introduced in May 2017, less than a year after the Kohler Conference.