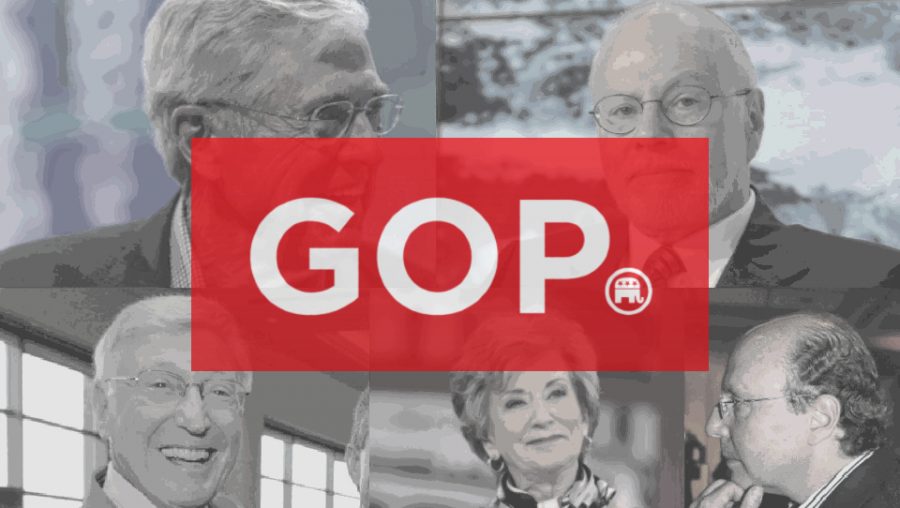 Independent political spending groups are readying their arsenals to flood the airwaves with 2020 election ads praising their preferred candidates or attacking those they don’t like. Right-wing millionaires and billionaires and fossil fuel corporations are helping them do so.

Leading the pack are Richard and Elizabeth Uihlein, the midwestern executives of shipping supply giant Uline, having donated a total of $19.4 million to seven super PACs from January 2019 through January 2020.

Oil and materials conglomerate Koch Industries has donated the most of any corporation so far, giving nearly $5.3 million to three super PACs, including $4 million to AFP Action, which is the sister group of Charles Koch’s flagship political nonprofit, Americans for Prosperity. Also funding AFP Action is the group’s predecessor, Freedom Partners Action Fund, which gave nearly $6.5 million.

Richard Uihlein has emerged as a key Republican megadonor in the last several years. In 2010, he was 36th on the list of top donors to outside political spending groups at the federal level. Over that decade, he inched up the ladder until he vastly increased his spending in 2018, giving nearly $38 million to outside groups.

In the current election, Uihlein’s giving appears to be continuing this upward trend. Since last year, Richard and his wife, Elizabeth Uihlein, have given the most money–$12.5 million–of any donor to Club for Growth Action. But they also gave large amounts to the pro-Trump America First Action ($1.5 million), Americas PAC ($1.5 million), House Freedom Action ($1 million), Kentucky Tomorrow ($250,000), Restoration PAC ($2.5 million), and Senate Conservatives Action ($125,000). In total, the couple has delivered $19.4 million to conservative super PACs.

In May 2016, Elizabeth Uihlein landed on the Trump Victory Committee, which raised money for the Trump campaign and the Republican National Committee, after considerable political spending.

The Uihleins have also spent heavily in state elections, boosting the 2014 campaign of Republican Bruce Rauner, who became governor of Illinois. Richard Uihlein has expressed anti-gay and anti-transgender views and has backed extremist candidates such as Alabama’s Roy Moore, a right-wing evangelical accused of sexual misconduct by multiple women.

Timothy Mellon, the majority owner of transportation holding company Pan Am Systems and an heir to the Mellon steel fortune, donated $10 million to the Congressional Leadership Fund, which spends money to boost Republican House candidates, for the second election cycle in a row. In addition, Mellon gave $2.5 million to Senate Republicans’ main super PAC, the Senate Leadership Fund.

Mellon is a big Republican Party donor who donated $1.5 million in 2010 to Arizona’s legal defense fund as it fought lawsuits over its harsh anti-immigrant law SB 1070. In 2014, he put $30,000 into the National Draft Ben Carson for President Committee and donated the maximum allowed amount to Carson’s presidential campaign the following year. In the current election cycle, Mellon has donated mostly to GOP candidates, but gave the maximum allowed amount of $2,800 to Democratic Rep. Tulsi Gabbard’s (D-HI) campaign.

Other top donors who have given multiple millions of dollars to GOP super PACs include:

In total, 24 individuals and couples have given $1 million or more to conservative super PACs since 2019.

Some big donors contributed individually and through their companies. Mountaire Farms CEO Ronald Cameron donated $2.8 million of his own money, including $1 million to AFP Action, while his company donated $500,000 to both the Congressional and Senate Leadership Funds.

CMD tracked $23.5 million in direct corporate donations to conservative super PACs since 2019, much of which came from fossil fuel companies—most prominently, Koch Industries.

Hillwood Development founder Ross Perot, Jr. gave $10,000 to Texans for a Conservative Majority, a super PAC that was founded in 2013 by a corporate lobbyist to help reelect Sen. John Cornyn (R-TX) and came out of hibernation last year to help the senator keep his seat again.

Thirty-seven companies and one trade group gave more than $100,000 to conservative super PACs from 2019 through January 2020.

Jan Duncan, the widow of Dan Duncan, the late co-founder of oil and gas pipeline company Enterprise Products, gave $1 million each to Engage Texas and Women Speak Out PAC, an affiliate of the anti-abortion group Susan B. Anthony List.

The trade group American Fuel and Petrochemical Manufacturers gave $100,000 to the Congressional Leadership Fund and $10,000 to the West Virginia-based Black Bear PAC.