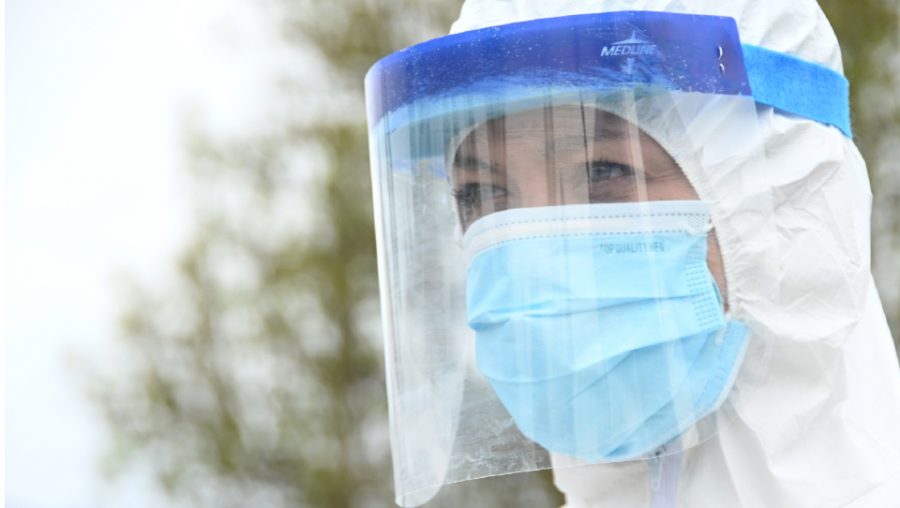 To date, more than 92,000 Americans have died from the coronavirus, by far the largest death toll of any nation in the world. Most of these deaths, according to some epidemiologists, could have been prevented if President Donald Trump had acted more swiftly to contain the pandemic. The nation still lags behind many other countries in terms of testing, and, according to Dr. Rick Bright, former director of the Biomedical Advanced Research and Development Authority, the U.S. could be looking at “the darkest winter in modern history.”

But a group of doctors is coming to Trump’s rescue amid mounting deaths, economic turmoil, and lagging poll numbers. Like Trump, they want to reopen the states’ economies as quickly as possible, despite warnings from many scientists and fellow doctors. Doing so would not meet safety benchmarks proposed by the Centers for Disease Control and Prevention.

According to presenters on a conference call organized by the right-wing Council for National Policy Action (CNP Action) on May 11, the Trump campaign is vetting doctors for a coalition that will back up his handling of the coronavirus crisis, which many critics have eviscerated.

The Center for Media and Democracy shared an audio recording of the call with the Associated Press, which broke the story and confirmed with the Trump campaign that this effort is underway.

“The president has been outspoken about the fact that he wants to get the country back open as soon as possible,” Trump campaign communications director Tim Murtaugh told the AP.

A woman on the call, conservative activist Nancy Schulze, submitted the names of 27 doctors to the Trump campaign and has been working with the campaign’s coalitions director, Hannah Castillo. Schulze, who discussed the process on the call, said the doctors had already been vetted and should do media appearances to help boost Trump’s favorability numbers.

“There is a doctors’ coalition who are extremely pro-Trump that have been preparing and coming together for the war ahead in the campaign on health care, and these doctors could be activated for this conversation now for the reopening,” Schulze said. “They need to be put on the screen.”

“We have doctors that have the facts, that live this themselves, that are in the trenches, that are saying, ‘It’s time to reopen,'” she continued. “They’re a doctors’ coalition, including some of the most respected doctors in the country, that are ready to speak if somebody would just call on them.”

According to Anne Nelson, the author of a recent book about CNP, Shadow Network, Schulze is a current CNP member. Schulze is the founder of Republican Congressional Wives Speakers, is co-chair of the Congressional Prayer Caucus Wives Council, and organized a “Women for Trump” bus tour in North Carolina during the 2016 campaign.

Mercedes Schlapp, a lobbyist and senior adviser to the Trump campaign who was a featured speaker on the call, was aware that the campaign was putting together the doctors’ coalition and recognized the importance of media coverage.

“Send me specific names,” she said to Schulze. “Those are the type of guys that we should want to get out on TV and radio to help push out the message.”

Bill Walton, the president of the Council for National Policy, the charitable affiliate of CNP Action, asked Schulze to provide him with the names of the doctors. “We need to not just make the economic argument, we need to make the health argument,” he said on the call.

Murtaugh told the Associated Press that the campaign is not worried about contradicting government health experts.

“Our job at the campaign is to reflect President Trump’s point of view,” he said. “We are his campaign. There is no difference between us and him.”

The doctor leading the effort, according to Schulze, is part of the leadership of the Save Our Country coalition, a group of conservatives with ties to CNP Action such as the Heritage Foundation, FreedomWorks, and the American Legislative Exchange Council (ALEC).

This doctor may be Simone Gold, an emergency medicine specialist who has promoted the use of the malaria drug hydroxychloroquine for COVID-19 treatment—a medication that the Food and Drug Administration has cautioned against using—or Clare Gray, a North Carolina-based internist who founded the 501(c)(4) nonprofit Physicians for Reform. That group has teamed up with FreedomWorks in the past on “free-market health care solutions.” Physicians for Reform and the billionaire-funded Job Creators Network lead the Healthcare for You coalition, a group of conservative groups and medical trade organizations that has a policy framework that “advances free-market, personalized healthcare reform.” Moore’s Committee to Unleash Prosperity, FreedomWorks, and ALEC are coalition members.

Gray says he has also worked with the conservative Heritage Foundation and the Galen Institute.

Physicians for Reform has a small budget. In the 2014 fiscal year, it received $25,000 from the Tea Party Patriots, another group that is currently pushing to reopen the economy immediately. Little else is known about its funding, but in 2018, Gray loaned his nonprofit $164,000.

CNP, Physicians for Reform, and the Trump campaign did not respond to requests for comment.