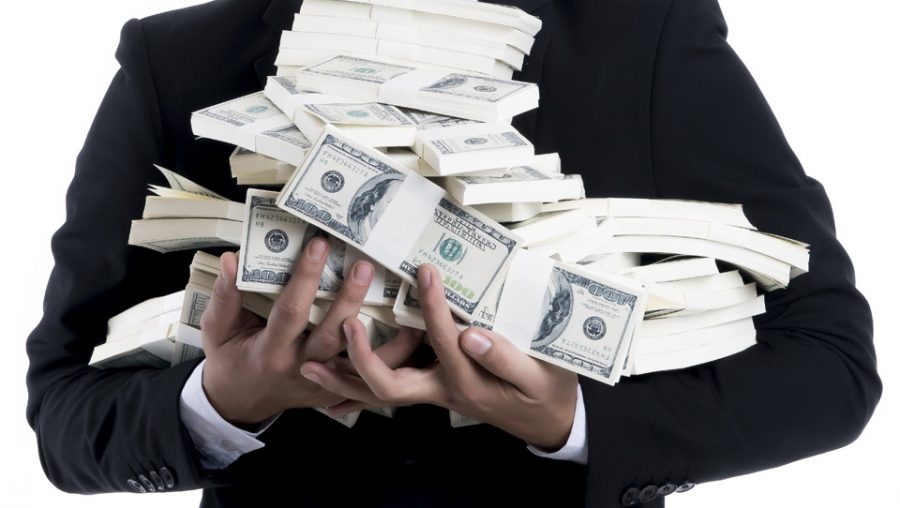 This piece originally appeared in Free Speech for People’s blog and is republished here with permission.

The Supreme Court will have the chance to review a lawsuit filed by Members of Congress and congressional candidates that seeks to abolish super PAC spending in U.S. elections. The lawsuit, Lieu v. Federal Election Commission, directly challenges the 2010 federal appeals court ruling in SpeechNow.org v. FEC, which created super PACs.

Lieu v. Federal Election Commission was filed in federal district court in Washington, D.C. in November 2016 on behalf of a bipartisan coalition of Members of Congress and 2016 congressional candidates led by Representative Ted Lieu (D-CA-33), Senator Jeff Merkley (D-OR), and the late Representative Walter Jones (R-NC-3).  The lawsuit seeks the reversal of the March 2010 federal appeals court ruling in SpeechNow.org v. FEC. In that decision, the U.S. Court of Appeals for the D.C. Circuit ruled that the federal law limiting contributions to political action committees to $5,000 per person per year could not, under the Constitution, apply to political committees that promised to make only “independent” expenditures, thus unleashing super PACs.

“In keeping with the Supreme Court’s typical practice, the Justices of that Court – not judges on a lower court – should decide the enormously consequential constitution question whether Congress has the power to regulate contributions to Super PACs,” says Professor Jeffrey Fisher, Co-Director of the Stanford Supreme Court Litigation Clinic and lead counsel on the petition for review. “The Court’s attention is all the more imperative here because the court of appeals has so plainly overread Citizens United. That decision established a new rule regarding corporate campaign expenditures, but it did not alter the Court’s long standing jurisprudence allowing Congress to regulate contributions to candidates and closely related entities.”

“Super PACs weren’t created by Congress, or the U.S. Supreme Court—they were created by a lower court decision, based on faulty assumptions, that has never been reviewed or revisited,” says Ron Fein, Legal Director of Free Speech For People. “It’s been almost a decade since the D.C. Circuit unleashed super PACs on our democracy, and it’s clear that the experiment has failed. We look forward to giving the Supreme Court the opportunity to overrule the SpeechNow decision so we can rebuild our democracy.”

“When huge corporations and the super-wealthy can drown out the voices of ordinary Americans, we’ve lost President Lincoln’s vision of a government of the people, by the people, and for the people,” says Senator Jeff Merkley. “We need to put ‘We the People’ back in charge, and that starts by closing the gaping super PAC loophole that has allowed dark money to overwhelm our elections. I hope the Supreme Court will take this case as a critical first step towards reining in the corruption that has been unleashed in our political system.”

“The 2010 SpeechNow.Org v. Federal Election Commission decision has led to massive spending in our elections. This lower court decision had huge implications for our country and our elections and inappropriately went beyond any prior Supreme Court decision related to this issue,” says Representative Ted Lieu. “As a result, average Americans have had their voices drowned out by big money donors. This, in turn, challenges the public’s perception that the U.S. has free and fair elections. No individual or corporation should have the ability to spend sizable amounts of money to sway an election in their favor. That’s undemocratic. As a lead plaintiff in this case, I firmly believe the Supreme Court should hear our case that demonstrates how super PACs evade federal campaign contribution limits and undermine the integrity of our elections.”

“Super PACs take their cue from a judicially-made loophole that stems from a lower court decision (SpeechNow) that, to this day, the Supreme Court has never reviewed,” says Professor Laurence Tribe of Harvard Law School. “The Supreme Court Justices, including some who joined the Citizens United decision, may well be aghast at how a lower-court misinterpretation of the First Amendment gave birth to the super PAC takeover of American politics.”

“Ten years ago, a federal appeals court struck down the federal limit on contributions to super PACs,” says Professor Albert Alschuler of the University of Chicago Law School. “Its ruling transformed American politics, intensified class division and mistrust, and reduced faith in our democracy. The Supreme Court has had no opportunity to review the appeals court’s calamitous decision until now. Representative Lieu’s petition urges the Supreme Court to take a hard look and set things right.”

“This case is an opportunity for the Supreme Court to address whether it intends to expand its 2010 ruling in Citizens United to allow unlimited electioneering spending by Super PACs,” says Professor Richard Painter of the University of Minnesota Law School, former chief ethics counsel to President George W. Bush. “Super PACs have had a corrosive and corrupting influence on our government and we believe that it is within Congress’s constitutional powers to fight public corruption by regulating super PACs and their sources of funding.”

“For nearly a decade, the SpeechNow ruling by the U.S. Court of Appeals for the D.C. Circuit has allowed big money donors to evade federal campaign contribution limits and corrupt even further our political process,” says John Bonifaz, Co-Founder and President of Free Speech For People. “The real-world experience of this ruling and the threat that super PACs pose to our democracy deserve review by the Supreme Court.”

“With the SpeechNow decision, a lower federal court has created an avenue for millionaires and billionaires to buy our elections and our government with multi-million dollar contributions to political committees dedicated to supporting their preferred candidates,” says Ben Clements, Board Chair of Free Speech For People. “This decision has made a mockery of the campaign contribution limits established by Congress and approved by the Supreme Court and threatens the legitimacy of our democracy.  It’s time for the Supreme Court to review and reverse this disastrous decision.”

Read the Petition for a Writ of Certiorari here.