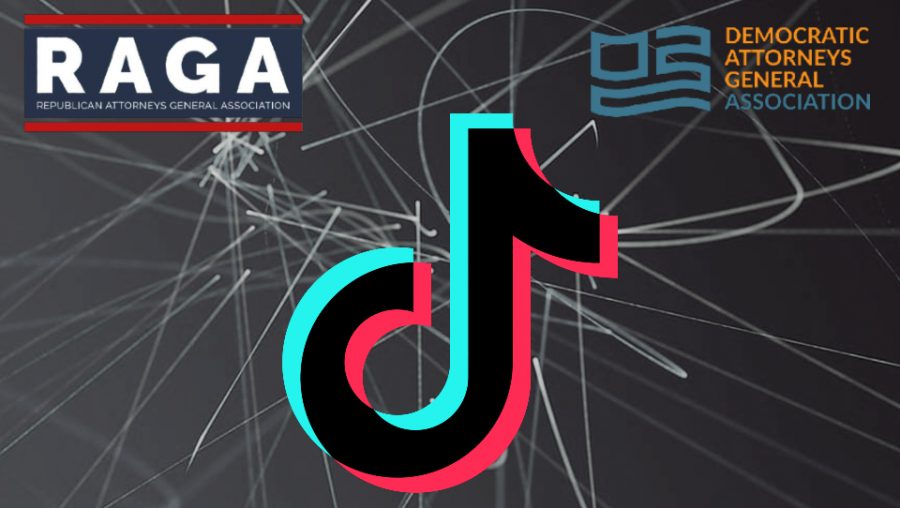 “The spread in the United States of mobile applications developed and owned by companies in the People’s Republic of China (China) continues to threaten the national security, foreign policy, and economy of the United States,” the order claims.

Naming the apps’ operations in the U.S. as a national emergency is “a highly unprecedented act” and will likely lead to legal challenges, according to TechCrunch.

Scrutiny over TikTok, which is a subsidiary of the Chinese firm ByteDance, has been brewing for months.

“There’s scant evidence that TikTok is sharing our data with China,” as Trump and others have implied, according to The Washington Post.

However, if users give TikTok permission, it will record your exact location, contacts and other social network connections, age, and phone number. The app “sends an ‘abnormal’ amount of information from devices to its computers,” according to a privacy expert interviewed by The Post. Overall, TikTok does not collect more data than Facebook, but it attempts to hide what it does collect. The company paid a hefty fine to the Federal Trade Commission in 2019 for violations of America’s children’s privacy by its predecessor Musical.ly.

On June 30, as concerns mounted, the company donated $75,000 to the Republican Attorneys General Association (RAGA), which is a 527 political spending committee. The donation to RAGA was TikTok’s first-ever U.S. political donation.

RAGA, along with its 501(c)(4) sister organization the Rule of Law Defense Fund, is a cash-for-influence organization that promotes and coordinates actions by Republican state attorneys general at the behest of its corporate members in the energy, telecom, financial, pharmaceutical, and other sectors.

Corporate contributions of $50,000 or more to RAGA buy access to senior AG staffers, special RAGA events, and RAGA’s online bulletin board, as well as the privilege of holding private briefings with attorneys general and their staff. RAGA events give corporate CEOs and lobbyists numerous opportunities to rub elbows with AGs during informal sessions and leisure activities, like golfing, rifle shooting, skiing, and kayaking.

“The Democratic and Republican Attorneys General Associations have hundreds of member companies, and TikTok is among them,” a TikTok spokesperson told CMD. “We work to help lawmakers understand our company and answer their questions.”

Through June 30, the end of the most recent financial reporting period for political groups like the attorneys general associations, TikTok had not donated to RAGA’s Democratic counterpart, but since then it has donated to the Democratic Attorneys General Association (DAGA) as a member.

Both RAGA and DAGA did not immediately return CMD’s questions about potential communications they may have had with TikTok and whether they will return the donations.

The company got some attention from Florida Attorney General Ashley Moody, a Republican, who wrote a letter to the CEO in late May asking for details on how the company ensures the privacy and security of children who use the app.

“TikTok takes the issue of safety seriously for all our users, and we continue to further strengthen our safeguards and introduce new measures to protect young people on the app,” the TikTok spokesperson told CMD. “Some recent initiatives include the launch of our Youth Portal, where teens and their families can learn about internet safety, and Family Pairing, which gives parents greater control over their teenager’s TikTok experience. In the US, we accommodate users under 13 in a limited app experience that introduces additional safety and privacy protections designed specifically for a younger audience.”

Some child advocacy groups say the company has not addressed its violations sufficiently.

Prior to Trump’s order, states explored partial bans of TikTok, which has about 800 million active monthly users globally and is popular with young people, especially those aged 16 to 24. A New York state Senate bill, for example, would prohibit state employees from downloading TikTok on government-issued phones. The bill has not received a vote in the chamber.

In recent months, the service has been “a hub” for Black Lives Matter activism in the U.S. Microsoft is in talks with TikTok to potentially buy the company’s U.S. operation.

While TikTok has not made many U.S. political donations, its parent company has been spending considerable money on government lobbying. The company recently hired “a small army of more than 35 lobbyists,” according to The New York Times. ByteDance employed well-connected lobbying firms including K&L Gates and Mehlman Castagnetti Rosen & Thomas to advocate on its behalf before the federal government. The company has its own in-house lobbyists, some of whom previously worked for current and former congressional Republicans such as Rep. Fred Upton (R-MI) and former House Speaker Paul Ryan (R-WI). Another lobbyist on board, American Continental Group’s David Urban, ran Trump’s 2016 campaign in Pennsylvania.

Around the globe, India has already banned TikTok, and Hong Kong passed a security law earlier this year that caused the company to end operations there. Pakistan issued a “final warning” to TikTok in July, citing the company’s inability to “control obscenity, vulgarity and immorality,” and Japan is considering a ban.

The company, which was founded by two U.S. military veterans who worked in intelligence, “has embedded its software in numerous mobile apps, allowing it to track the movements of hundreds of millions of mobile phones world-wide.” Most consumers have no way to know if their apps contain these types of trackers embedded by Anomaly Six and other similar companies.