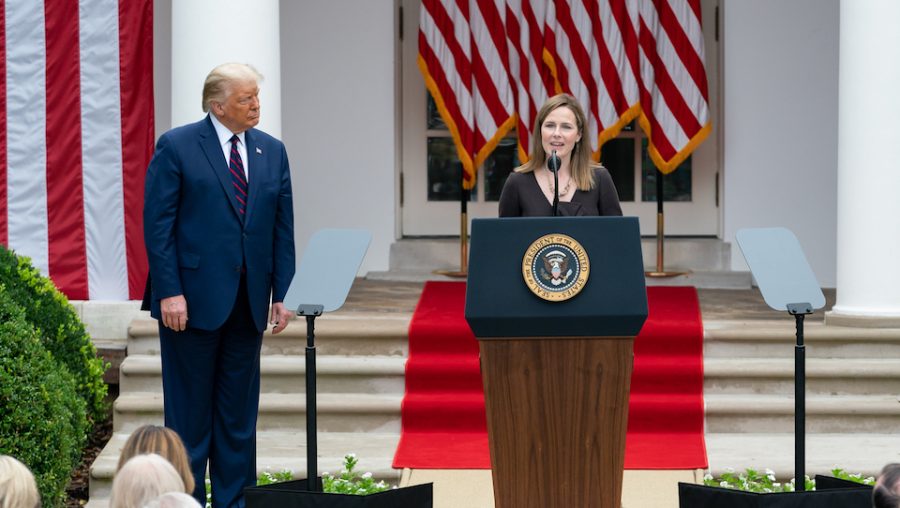 The American Legislatives Exchange Council (ALEC) is gathering signatures from its legislative members urging U.S. Senators to confirm Trump’s nominee for the Supreme Court of the United States (SCOTUS) Amy Coney Barrett “as soon as possible.” Trump named Barrett as his choice to succeed the late Ruth Bader Ginsburg on September 26, only eight days after her death.

The letter acquired by CMD comes only 32 days before the election and amidst uproar from Democrats over the hypocrisy of Senate Majority Leader Mitch McConnell’s (R-KY) push to hold a vote on Ginsburg’s replacement this year after he blocked President Barack Obama’s nominee for the nation’s highest court, Merrick Garland, in 2016 because it was an election year.

Senate Judiciary Chair Lindsey Graham (R-S.C.) said in 2018, “If an opening comes in the last year of President Trump’s term, and the primary process has started, we’ll wait to the next election [to fill the open seat],” but has since walked back his position.

The ALEC letter states that Barrett is “tremendously qualified” for the SCOTUS, despite having less than three years of experience on the bench, and that she “has also promised to follow in the footsteps of one of her mentors, Justice Antonin Scalia.”  Scalia, who passed in 2016, was widely viewed as a right-wing extremist on the bench.

In 2018, ALEC got 420 state and local lawmakers to sign a letter urging Senators to quickly confirm Brett Kavanaugh to the SCOTUS, calling him “the single most qualified person in the country to serve on the Supreme Court.”

ALEC is a pay-to-play operation where legislators and corporate lobbyists meet behind closed doors to adopt model legislation on a broad range of public policy issues. It claims to have close to a quarter of state lawmakers as members but an attendance list for the 2020 Annual Meeting obtained by the Center for Media and Democracy (CMD) calls this number into question as only 50 state legislators and staff were in attendance. ALEC keeps its membership secret.

Photo credit: The official photostream of the White House.