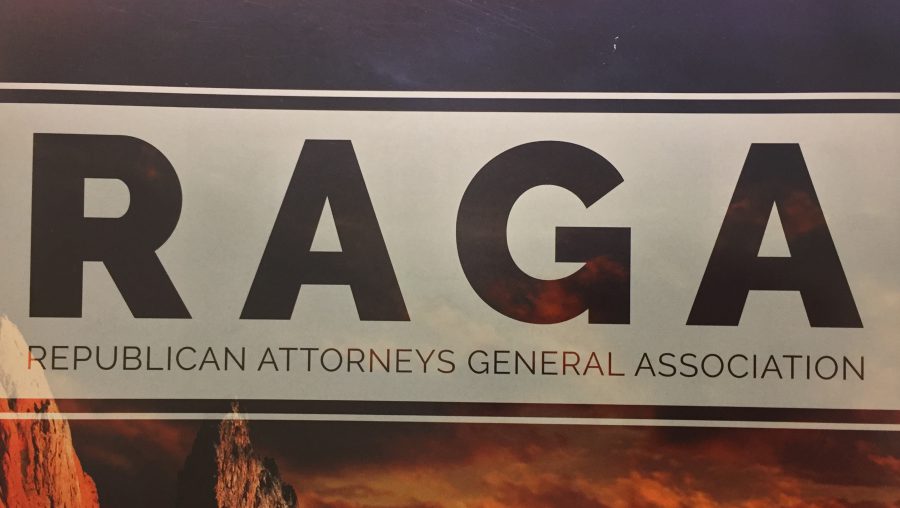 The Republican Attorneys General Association (RAGA) is a political organization that accepts unlimited contributions from corporations and special interest groups such as Koch Industries, the National Rifle Association, and Walmart. Along with its 501(c)(4) affiliate, Rule of Law Defense Fund (RLDF), RAGA runs a cash-for-influence operation that coordinates the activities of Republican state attorneys general and sells access to those AGs and their staff to its corporate funders.

RAGA spends much of its revenue on getting its attorneys general elected, so raising $1.6 million post-election is notable. For comparison, RAGA’s 2018 end-of-year IRS filing following the last major election cycle shows that it brought in just over $800,000 in revenue for the comparable time period.

In December, when RAGA received this influx of cash, Texas Attorney General Ken Paxton (R) filed suit seeking to overturn the election results in four states that voted for Biden based on unsubstantiated claims of voter fraud, or Trump’s “Big Lie.” Republican AGs in 17 states filed supporting documents in Paxton’s case, which was ultimately rejected by the U.S. Supreme Court.

Twelve Republican AGs also met and had lunch with Trump on December 10.

Then, when a donor threatened to withhold a donation to RLDF if it did not encourage people to attend the March to Save America rally on January 6, RLDF sent out a robocall to an unknown group of recipients calling on them to attend the rally and march on the Capitol.

“We will march to the Capitol building and call on Congress to stop the steal,” and “[w]e are hoping patriots like you will join us,” the message said.

RAGA was also listed as a “coalition partner” on the March to Save America website until early on the morning of Jan. 3, after which someone replaced it with RLDF as “participating” in the effort, a tweet by the Democratic Attorneys General Association highlighted.

RAGA and RLDF are now forever tied to what followed the March to Save America rally, the violent insurrection on the Capitol.

RLDF and RAGA have not disclosed the donor but clues as to whom it might be may exist in its latest filing.

The Concord Fund, a dark money group led by Federalist Society board co-chair and Trump “judge whisperer” Leonard Leo, led all contributors during the filing period with $252,000, bringing Concord Fund’s total donation to RAGA in 2020 to $3 million.

Creative Response Concepts, a client of RAGA’s that receives $7,500 per month for “consulting,” is run by Greg Mueller, Leo’s partner in CRC Advisors.

Following the news tying RAGA and RLDF to the violent insurrection at the Capitol, the Popular Information blog reached out to the groups’ corporate donors to see if they would be continuing to support the two groups.

Lyft, which gave $25,000 on December 17, told Popular Information that it is suspending its donations to RAGA, as did Facebook and DoorDash, and the University of Phoenix demanded a refund of its $50,000 donation.

Of the other year-end donors Popular Information reached out to, Walmart, Google, Molson Coors did not respond.