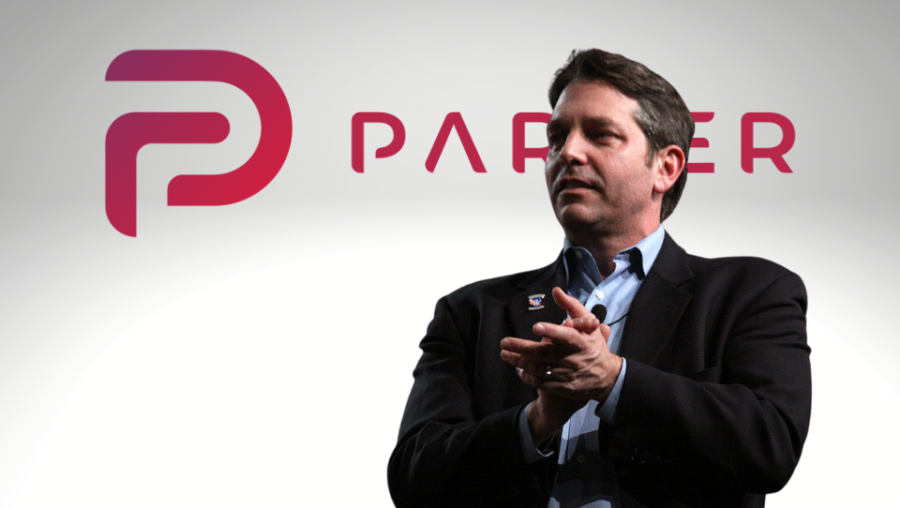 Adapted from photo of Mark Meckler by Gage Skidmore.

The board of the far-right social media app Parler has fired its CEO and put the platform in the hands of interim CEO Mark Meckler and right-wing British political operative Matthew Richardson, along with board chair and majority owner Rebekah Mercer.

Meckler, whom Mercer recruited for Parler, is a well known right-wing activist who co-founded the Tea Party Patriots and is president and CEO of the Convention of States Foundation and its partner Convention of States Action, organizations pushing for a constitutional convention to radically rewrite America’s founding document.

Many participants in the deadly Capitol insurrection on Jan. 6 were Parler users. A Gizmodo report used GPS data from hundreds of archived Parler videos to prove that numerous users stormed the nation’s legislative branch. Many of those videos, which were archived by a hacker, were featured in a montage that House impeachment managers used in Trump’s impeachment trial.

Former CEO John Matze claims that after the violent events, he wanted Parler to crack down on domestic terrorists and other groups that incite violence, including the conspiracy theory-driven QAnon cult, and that as a result, Mercer and the board fired him on Jan. 29. The platform now has an “executive committee” made up of Meckler and Richardson.

Following the insurrection and Parler’s insufficient content moderation, Apple and Google took the Parler app down from their stores, and Amazon removed it from its web-hosting service. On Jan. 11, Parler found a willing domain host, Epik—a company known for hosting far-right extremist sites, including Gab, BitChute, and, formerly, 8chan, the message board where future terrorists plotted their massacres—and hired a Russian firm to protect it against denial-of-service attacks, but it has not found a company to host its content.

Meckler and Richardson make up Parler’s executive committee, according to Reuters. Richardson appears to be a lawyer and the former general secretary of Ukip, a right-wing populist political party in the United Kingdom. Richardson has reportedly been a lawyer for Robert Mercer, the billionaire father of Rebekah Mercer, and was close with Steve Bannon, the former chairman of the Mercer-funded far-right media outlet, Breitbart News. The Guardian reported that Breitbart and Ukip collaborated and had “unusual arrangements” in 2016 on a pro-Brexit campaign.

Bannon went on to chair Trump’s 2016 campaign and serve as chief White House adviser. The Mercers heavily funded both of Trump’s presidential campaigs, mostly via large donations to pro-Trump super PACs and to the former president’s join fundraising committee with the Republican National Committee.

In 2015, Richardson said bigots “deserve representation” and called his country’s National Health Service “the Reichstag bunker of socialism.” He was photographed with former Ukip Chairman Nigel Farage exiting the golden elevator in Trump Tower in 2017.

Meckler has a long history of creating organizations to mobilize far-right activists. He co-founded the Tea Party Patriots in 2009, but resigned in 2012, two months after he was charged with a felony for attempting to board a plane with a semiautomatic handgun and ammunition. Meckler pleaded guilty to disorderly conduct. The Tea Party Patriots was a member of the “#StopTheSteal coalition” and one of the organizers of the “March to Save America” rally on Jan. 6 rally that directly preceded the march to the Capitol and insurrection.

Multiple conservative factions want to hold a constitutional convention. One side wants to pass a balanced budget amendment to rein in federal spending. COS belongs to the other, more extreme faction, which plans to use a convention to radically rewrite the nation’s founding document to allow states to opt out of regulations and even Supreme Court decisions they don’t like. COS has worked with the American Legislative Exchange Council (ALEC), a corporate pay-to-play operation, to coordinate the effort. ALEC has a model bill for state legislators to use to call for a COS-style convention.

CSG pulled in more than $12 million of dollars from donor-advised fund sponsor Vanguard Charitable, the Greater Houston Community Foundation, and Donors Capital Fund between 2010 and 2018. It also got $950,000 from the Judicial Education Project, a legal nonprofit closely tied to the conservative Federalist Society and its co-chairman, Leonard Leo, in 2016, and $500,000 from the family foundation of Rebekah Mercer and her father, Robert, in 2014. CSG Action, a sister group of CSG, has received over $2 million from two groups associated with Leo.

Ties to Extremists and Insurrectionists

COS touts endorsements from a long list of extremists, including commentators Mark Levin and Ben Shapiro; Turning Point USA founder Charlie Kirk, whose group helped plan the Jan. 6 rally; Project Veritas founder James O’Keefe; anti-immigrant hate figure David Horowitz; Rep. Louie Gohmert, a Republican member of the House Freedom Caucus who allegedly worked with activist Ali Alexander to plan the Jan. 6 events; and right-wing Christian radio host Eric Metaxas, who told Kirk in December, “We need to fight to the death, to the last drop of blood, because it’s worth it.”

Metaxas denied Biden’s election victory and spread wild conspiracy theories about voting machine company Dominion. An executive of the company is suing Metaxas and others for libel and slander.

COS denied the severity of COVID-19 and coordinated protests of lockdown measures in spring 2020 that were enacted to fight the spread of the virus. It hosted a website with information on various protests and advertised on Facebook about the site.

According to The Intercept, reopen and anti-mask groups were a “crucial recruiting ground” for the “stop the steal” election denial movement, which led to the deadly insurrection.

Meckler fits in with the extremists with which his group associates. Like other Parler users, Meckler spouted unfounded theories about mass voter fraud, as in this Dec. 6 video. The avalanche of election fraud falsehoods comprised the “Big Lie,” the primary motivating factor behind the insurrectionists.

Meckler views Black Lives Matter as “evil” and “anti-American.” His daughter created the first student chapter of CSG while attending the right-wing Christian Hillsdale College. The college’s president, Larry Arnn, chaired Donald Trump’s 1776 Commission, which produced an error-riddled and racist response to the 1619 Project, a New York Times Magazine series that presents the U.S. as a nation founded on slavery and racism.

COS has heavily recruited Hillsdale College students for its internship program.

The ousting of a CEO who allegedly wanted to increase content moderation and the installation of Meckler may indicate Mercer’s intention for Parler to remain a hotbed for right-wing extremism. And it’s likely that Mecker’s COS will use the platform to promote its agenda and expand its reach.

CSG did not return the Center for Media and Democracy’s request for comment on Parler and Meckler’s role there.