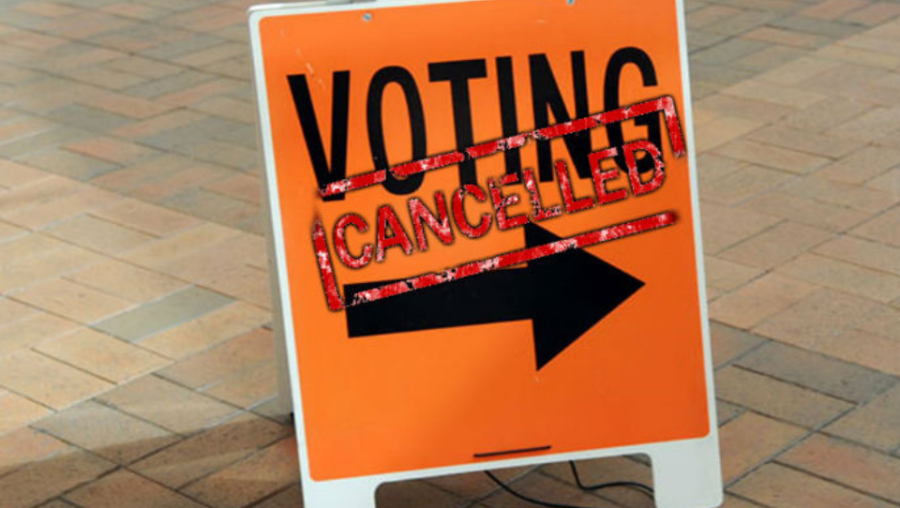 State legislative leaders and members of the American Legislative Exchange Council (ALEC) are spearheading many of the GOP’s efforts at voter suppression in the states, especially those that saw close 2020 presidential results. More than 360 bills have been introduced in 47 states to restrict voting access since the beginning of the year, according to the Brennan Center for Justice, which tracks state legislation on voting and elections.

The Center for Media and Democracy has determined that more than 100 Republican politicians connected to ALEC in just six battleground states are lead sponsors or co-sponsors of those bills.

Nearly a decade after losing scores of major corporate sponsors due to its support for controversial voter ID and “stand your ground” laws, one thing is clear: ALEC is back in the voter suppression game.

Although ostensibly a “nonpartisan” charity, ALEC appears to have fully embraced the GOP’s strategy of fanning the flames of voter distrust—created by a years-long voter fraud disinformation campaign and Trump’s “big lie” of a stolen election—to drive down voter turnout and lock in its control as majority party.

The voter suppression legislation backed by ALEC politicians would, among other things, reduce the number of early voting days, prevent traditional “souls to the polls” events by African Americans on the Sunday before the election, reduce the number of voting ballot boxes, eliminate “no excuse” absentee voting, require mail-in voters to include personal identification documents, and increase the frequency of voter purges.

ALEC created a secret working group on election-related matters in 2019 and has engaged a who’s-who of leading right-wing leaders and lawyers to coach its legislative members on voter suppression and partisan gerrymandering strategies. The group is led by Cleta Mitchell, a prominent GOP lawyer who backed Trump’s efforts to flip Georgia’s election results, and Arizona state Rep. Shawnna Bolick.

ALEC held an “exclusive call” last June for its members with a former Republican Federal Election Commission official and the Honest Elections Project, an alias of a dark money-funded group formerly known as the Judicial Education Project, led by Heritage Foundation alumnus Jason Snead and tied to Leonard Leo.

Heavily backed by Koch Industries, fossil fuel giants, pharmaceuticals, and a host of right-wing organizations, ALEC is a “pay-to-play” operation where corporate lobbyists meet behind closed doors with predominantly Republican state legislators and send them home with model bills and a libertarian anti-regulatory agenda to boost their bottom line.

Almost all of ALEC’s revenue comes from corporations, some of which may not want to be associated with the group’s new inherently racist and anti-democratic stance.

Heritage Action, the political arm of the Heritage Foundation, is spending tens of millions of dollars to work with ALEC and the State Policy Network to write model voter suppression legislation and hire lobbyists to push the bills in the states. Heritage has already taken credit for a suppressive law in Arizona, and many of its proposals for Georgia made their way into legislation there this year.

Believing Republicans lost federal and state elections because of Democrats’ advantage in early and absentee voting, the main thrust of the ALEC attack in Georgia is to restrict these methods of voting.

After numerous lawsuits and Trump’s attempt to snatch victory from Biden in the state were unsuccessful, House Speaker David Ralston created a 14-person “Special Committee on Election Integrity,” to which he appointed four ALEC politicians: Reps. Alan Powell, who is vice chair, Jan Jones, Chuck Martin, and Lynn Smith.

According to the Brennan Center for Justice, Georgia lawmakers have introduced 24 bills to restrict voting this year.

A similar House omnibus bill, HB 531, was sponsored by Rep. Barry Fleming, chair of the special committee, and co-sponsored by ALEC lawmakers Powell and Smith. It passed the House and has much in common with the Senate’s omnibus.

The House bill would prevent election officials from accepting private money, even if it is to provide staffing and security to local county officials, in an apparent reaction to Facebook CEO Mark Zuckerberg’s $300 million contribution to help pandemic-stretched cities and counties run elections.

Powell, along with Rep. Eddie Lumsden, has another election bill, HB 537, that requires all vote counting to be recorded in audio and video formats, more identification for absentee voting, and all ballots to be printed on “safety” paper.

HB 494 would require that photocopies of voter registration identification documents be mailed along with absentee ballots. Introduced by ALEC politician Rep. John Corbett, the bill increases the burden on those who may be unable to vote in person, even though there is no evidence of absentee ballot fraud in Georgia and despite existing criminal penalties for voting in the name of another individual.

An analysis by Center for Media Democracy found that in contested races for the state legislature, 20 legislative members were held by their Democratic opponents to below 55 percent of the vote total, and many won by a margin of only several points. Thus, these voting restrictions could help vulnerable incumbents keep their seats.

Voter suppression will affect statewide races as well. Newly elected Democratic Senator Raphael Warnock won with only 51 percent of the vote, and the GOP hopes that voter suppression legislation could tip the scales against him when he runs for a full term in 2022.

ALEC lawmakers are working to pass similar bills in many other states.

Arizona has been a success story on mail-in voting over the past decade, with as much as 88 percent of the voters casting their votes by mail, and this type of voting has had longstanding support among both parties.

Without clear evidence that voting by mail benefits one party over another, the Arizona GOP has put 23 voter suppression bills in play this year, the most of any state except for Georgia and Texas. More than half of these bills would restrict the state’s popular vote-by-mail system.

One of her bills, HB 2720, would allow the legislature to override its constituents’ votes and choose presidential electors. Bolick and ALEC lawmaker Rep. David Cook also introduced HB 2358, which makes it easier for officials to cancel voter registrations. Other Bolick-sponsored voter suppression bills include HB 2722 (eliminates most emergency voting), HB 2792 (makes it a felony for officials to send mail-in ballots to voters who have not requested them), HB 2793 (prohibits automatic voter registration), and HB 2811 (criminalizes election-day registration).

SB 1485, which passed the Senate, would purge registered voters from the early voting list if they fail to use an early ballot in the primary and general elections for two consecutive elections. ALEC politician Sen. Michelle Ugenti-Rita is the bill’s primary sponsor.

During the Jim Crow era, Florida officials intimidated and harassed African Americans and imposed a poll tax aimed at keeping them from voting. Now, a generation of gains that made voting more fair and accessible are under threat of being reversed. A pair of bills that mirror many of the voter suppression measures recently enacted in Georgia are working their way through the Republican-controlled legislature.

One of those bills, SB 90, introduced by Sen. Dennis Baxley, an ALEC member, would make voters renew their requests to vote-by-mail every year, limit assistance to family members, and ban drop boxes.

Republicans in Michigan, which was a focal point of Trump’s voter fraud lies, introduced a package of bills to restrict the vote in late March. In all, there are 11 bills in play that threaten voting rights.

Chris Swope, president of the nonpartisan Michigan Association of Municipal Clerks, called the proposals “some of the most egregious voter suppression ideas Michigan has seen.”

ALEC State Chair Matt Hall is a sponsor of HB 4127, which would remove voters from the rolls if they do not respond to a mailed postcard asking them to prove their birthdates.

HB 4134, co-sponsored by ALEC lawmaker Rep. Pauline Wendzel, would require counties to keep permanent lists of individuals who vote absentee. There is no evidence of widespread fraud in absentee voting.

In the Senate, ALEC politician Kevin Daley is a sponsor of five voter suppression bills.

SB 273, which Daley sponsored with ALEC politician John Bizon and other Republicans, would add requirements for cities and towns to use ballot drop boxes, including a high-definition video feed of each drop box for clerks to monitor.

SB 285 (sponsors include Bizon, Daley, and ALEC lawmaker Dan Lauwers) adds a voter ID requirement for absentee ballots, and SB 286 (Daley and others) restricts the use of drop boxes, mandating that voters cannot drop off ballots after 5 p.m. on the day before Election Day or on Election Day at all.

SB 303 tightens voter ID requirements for in-person voting. SB 304 requires voters who use a provisional ballot to prove their identity within six days of an election.

In response to misinformation about signature matching, Daley and others wrote SB 308, which requires the secretary of state to create a verification process and ensure that clerks are trained in that process.

The Michigan GOP is also planning a petition drive, a rare maneuver that is controversial but permissible under the state constitution, to tighten voting laws and circumvent promised vetoes of these bills by Democratic Gov. Gretchen Whitmer.

Pennsylvania was the first battleground state out of the gate, with the GOP introducing 14 voter suppression bills in early February. The spate of legislation to restrict voting is ironic, considering that in 2019 a majority of Republicans joined Democrats to overwhelmingly approve reforms that relaxed registration deadlines and made voting by mail available to all voters.

Pennsylvania Rep. Seth Grove, an ALEC state chair and a member of ALEC’s board of directors, co-sponsored HB 143, which purports to reduce non-existent fraud by subjecting voter registrations to more scrutiny.

Once a solidly red state, Texas has become more purple in recent years. Trump won the state in 2020 by less than 6 percent, and further demographic shifts signal tougher elections for Republicans ahead.

Lawmakers in Texas have introduced 51 voter suppression bills, more than in any other state. Dozens of ALEC politicians are sponsors of many of these proposed laws.

House members, including numerous ALEC lawmakers, advanced HB 6 out of committee on April 9, despite significant pushback from Democrats, corporations, and voting rights organizations. The bill criminalizes aspects of the voting process, making it a felony for an elections official to give a voter an absentee ballot application if the voter has not requested it. It also requires anyone assisting voters with a ballot to fill out a form and sign an oath, which could make simply pointing out a name on a ballot a criminal offense.

The bill would outlaw 24-hour-a-day voting, which Harris County set up last year after voters waited for hours to cast their ballots in the primaries. This legislation also makes it illegal for election officials to proactively send out applications for mail-in ballots, and it cuts down on polling places and voting machines in diverse, urban counties.

In response to these bills and many others, Rev. Frederick Haynes III, a pastor at the Friendship-West Baptist Church of Dallas, told the Texas Tribute that “Gov. Abbott and his Republican cronies have decided to dress up Jim and Jane Crow in a tuxedo of what they call voter integrity.”