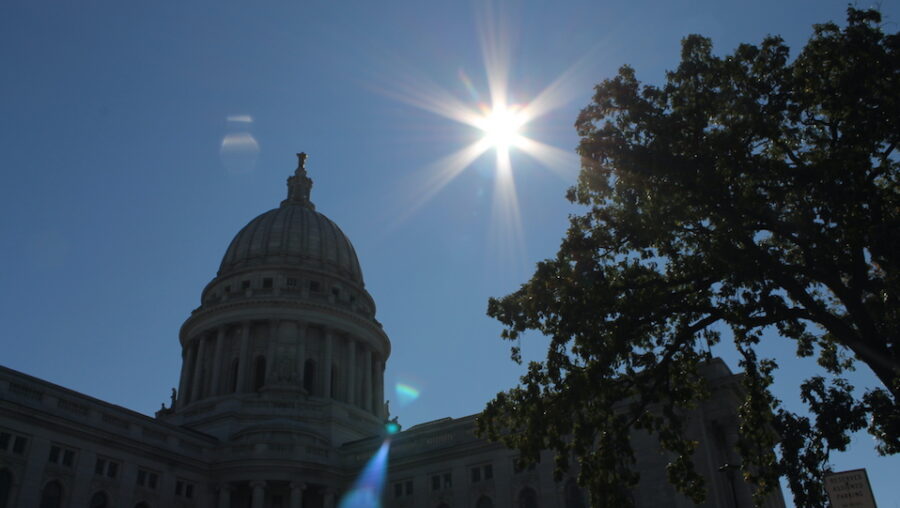 In March, The Washington Post reported that University of Wisconsin-Madison Chancellor Rebecca Blank sought to move a conversation around the COVID-19 pandemic and students returning to campus in the fall to a private portal used by presidents and chancellors of the 14 Big Ten universities.

“I would be delighted to share information,” Blank responded in an email chain begun last August by University of Michigan President Mark Schlissel, “but perhaps we can do this through the Big 10 portal, which will assure confidentiality?”

Blank apologized after the story broke, but did not go so far as to say that she would provide responsive communications through the Big 10 portal to record requesters in the future.

Wisconsin lawmakers who are members of the American Legislative Exchange Council (ALEC) are using the corporate pay-to-play group’s online portal, called ALEC Connect, to exchange important information that used to show up in public records requests.

Through ALEC Connect, lawmakers participate in policy discussions, share research, and access archived materials. My group, the Center for Media and Democracy, has documented that 20 Wisconsin state representatives and eight state senators have ties to ALEC.

Records on ALEC Connect, like the Big 10 portal, have remained secret despite public records requests.

Members of the Republican Attorneys General Association use a similar ploy.

In 2018, the Center for Media and Democracy sued Attorney General Brad Schimel for refusing to turn over records relating to his participation in a multi-state lawsuit challenging the Affordable Care Act. The Wisconsin Department of Justice reached a settlement with CMD that included an acknowledgement that the open records law applies to documents accessed online.

“Materials that otherwise meet the definition of ‘record’ … are not exempt from disclosure by virtue of their location on private email accounts, online apps, or file-sharing services,” the settlement said.

But ALEC legislators apparently didn’t get the memo.

Last summer, I requested communications between ALEC and the office of John Nygren, then a Republican state representative. Nygren, who sat on ALEC’s board of directors at the time, provided me with a number of emails and an incomplete post by Lisa Nelsen, the CEO of ALEC, about the “safeguards needed for any vote-by-mail program.”

When I asked for the rest of Nelson’s message, Nygren’s chief of staff, Nathan Schwanz, responded, “Rep. Nygren’s office is not in possession of the web page or content you are requesting, beyond the record that was provided, and therefore has no additional records to provide.”

An elected state representative’s communications with an organization over voting clearly constitute public records. Their disclosure is presumed to be in the public interest, consistent with Wisconsin’s Open Records Law.

It should be clear that these are public records. They should be released on request. Lawmakers and the University of Wisconsin System should not be able to conduct the public’s business through secret channels.

Your Right to Know is a monthly column distributed by the Wisconsin Freedom of Information Council, a group dedicated to open government.