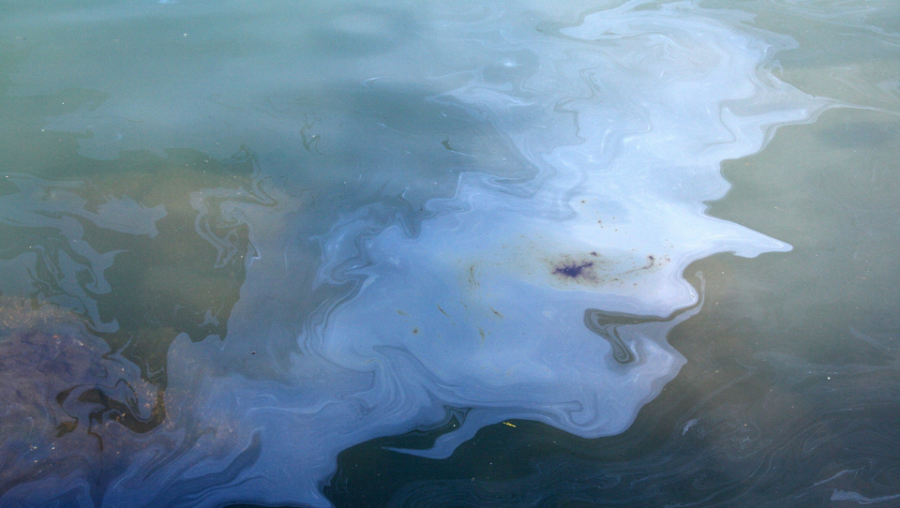 According to California Democratic Rep. Katie Porter, American fossil fuel companies are abusing the lavish benefits they receive from the federal government every year by refusing to testify before Congress about their industry.

Executives from three oil and gas companies and an industry trade group refused to attend a May 19 hearing hosted by the House Natural Resources Subcommittee on Oversight and Investigations, which Porter chairs. The CEOs of Devon Energy, ExxonMobil, and EOG Resources did not accept Porter’s invitation, nor did the president and the head of government affairs at the Western Energy Alliance, an industry trade group.

Last week, I invited the CEOs of @exxonmobil, @DevonEnergy, and EOG Resources to explain why their corporations deserve billions in taxpayer-funded subsidies. All three declined. That won’t stop me from diving into how Big Oil is spending taxpayer dollars 🔎 https://t.co/AoJbw3dexu

The hearing, called “Misuse of Taxpayer Dollars and Corporate Welfare in the Oil and Gas Industry,” addressed the billions of dollars worth of federal subsidies that fossil fuel companies enjoy each year as they pollute the Earth.

As they got help from taxpayers and the Federal Reserve during the Covid-19 crisis last year, these companies laid off workers, paid their shareholders hundreds of millions in stock dividends, and raised the salaries of their executives.

In his oral and written testimonies, Tim Stretton, a policy analyst at nonpartisan watchdog Project On Government Oversight (POGO), testified about the extensive government subsidies that go to fossil fuel companies.

Companies that extract oil and gas from federal lands pay the U.S. government royalty fees. For onshore leases, companies pay a 12.5% fee, a rate that hasn’t changed since it was created 100 years ago and is less than the 18.75% rate the government charges offshore drillers on tracts deeper than 200 meters.

Even as companies enjoy a low, antiquated royalty rate, they have committed “widespread corruption and ethics violations that allowed industry to cheat U.S. taxpayers out of billions of dollars’ worth of potential income,” wrote Stretton. Oil, gas, and mining companies have concealed the true value of the resources they extract from federal lands so they can underpay royalties.

The federal government distributes fossil fuel royalties to the U.S. Treasury and state, local, and tribal governments, which use the money for important public programs such as education. An increased onshore royalty rate would mean more money for the states and indigenous nations, and during the pandemic this money would have been especially impactful.

Porter introduced a bill, the Ending Taxpayer Welfare for Oil and Gas Companies Act of 2021, to increase the onshore royalty rate to 18.75%. The Natural Resources Committee passed it in early May.

POGO supports the bill and proposes several other ways to “put taxpayers first rather than industry,” including third-party examination of the Bureau of Ocean Energy Management’s valuation system and ensuring that agencies collect reports on the use of Covid-19 assistance from any recipients that received more than $150,000, as required by the Coronavirus Aid, Relief, and Economic Security Act (CARES Act).

Passing Up Billions in Offshore Royalties

The Interior Department’s Bureau of Ocean Energy Management (BOEM) sets the royalty rate for offshore drilling, and while the current rate is higher than for onshore extraction, the agency can reduce or waive royalty payments to increase production. This “royalty relief” has left billions of dollars on the table that could have improved the lives of taxpayers.

The bureau stiffs the public in another way. In “nearly systematic” fashion, the BOEM retroactively lowers its valuations of seafloor tracts so it can accept bids below fair market value. However, companies tend to lowball their initial bids and would often bid much higher in a second bid if BOEM didn’t devalue the tract, according to the Government Accountability Office.

BOEM doesn’t stop there. When an offshore tract is available for auction, the agency determines a present value and a value for a second auction if the first one is not successful (a “delayed value”), allowing the bureau to determine potential losses due to delaying the lease. If a bid is lower than the present value but higher than the delayed value, BOEM may grant the lease in the first auction.

Since August 2017, BOEM has drastically reduced its delayed values, meaning that it leases tracts far below their actual worth.

Major fossil fuel companies get help from the states as well. ExxonMobil, for example, has received over $1 billion in state subsidies since 1983, about half of which came from the government of Texas, which is home to the company’s headquarters. According to Good Jobs First, Exxon is the fourth-biggest recipient of government subsidies in the oil and gas sector.

According to POGO, the oil and gas sector received $774 million in forgivable Paycheck Protection Program loans due to Covid-19.

As of Dec. 31, the Federal Reserve lent $2.2 billion to dozens of companies focused on fossil fuel investment, oilfield services, coal support, and extraction, according to BailoutWatch. That accounted for 13% of the loans given through the Fed’s Main Street Lending Program. In contrast, renewable energy companies were mostly left out, with total loans making up just 1% of the program.

In addition, the Fed bought $400 million worth of corporate bonds in at least 36 companies, including ExxonMobil ($23 million), ConocoPhillips ($9 million), and the Colonial Pipeline ($2.2 million), of which Koch Industries has the largest stake (28%).

The March 2020 Covid-19 relief bill, the CARES Act, loosened tax laws and as of a year later, it allowed at least 79 oil companies, service firms, and contractors to claim nearly $8 billion in tax refunds, according to BailoutWatch.

Before that, former President Donald Trump’s late 2017 tax cut bill offered 17 oil and gas companies an immediate windfall of $25 billion. Netting the most money was ExxonMobil ($5.9 billion), making it the nation’s second-largest corporate beneficiary of the law. The third-biggest oil and gas beneficiary was EOG Resources, which saved $2.2 billion in taxes.

Firing Workers, Helping Themselves and Their Shareholders

A number of oil and gas companies took advantage of this loophole and/or the CARES Act tax windfall, raking in government funds while firing workers, raising salaries for their executives, and paying huge dividends to their shareholders.

Devon Energy, which declined Porter’s invitation to testify, got a $220 million tax benefit from the CARES Act in 2020. That year, Devon bought a competitor, WPX Energy, and paid its shareholders dividends of $257 million—$117 million more that it paid shareholders in 2019.

Last year, EOG Resources got a $150 million tax benefit, sold bonds to the Fed, and paid its shareholders $246 million more than it had the previous year.

A company typically issues dividends to shareholders when business is strong enough to both reward its investors and invest in its growth.

As it took taxpayers’ money and made major expenditures, Devon laid off 400 workers, or 22% of its workforce.

BailoutWatch also found that 12 oil and gas companies paid their CEOs over 100 times the median salary of their workers while eliminating jobs last year. At some of these companies, including Continental Resources and Phillips 66, CEOs took home tens of millions of dollars while shedding jobs worth a fraction of their compensation.

“I Didn’t Feel Inclined to Rearrange My Schedule”

Western Energy Alliance President Kristen Sgamma’s refusal to appear was “particularly surprising and disappointing,” said Porter, “because the whole point of trade associations is to speak up for their members, including in congressional hearings.”

Porter added that the Western Energy Alliance’s website features a taxpayer-funded report about President Biden’s temporary pause on new federal oil and gas leases that was edited by the oil industry and includes “false information.”

Sgamma said she “didn’t feel inclined to rearrange [her] schedule” to testify before the House committee.

For those who did attend the hearing, it was tense at times. Far-right extremist Rep. Paul Gosar, an Arizona Republican and the ranking member on the committee, put down the witnesses who agreed to testify and attacked Porter, calling the hearing “a publicity stunt.”