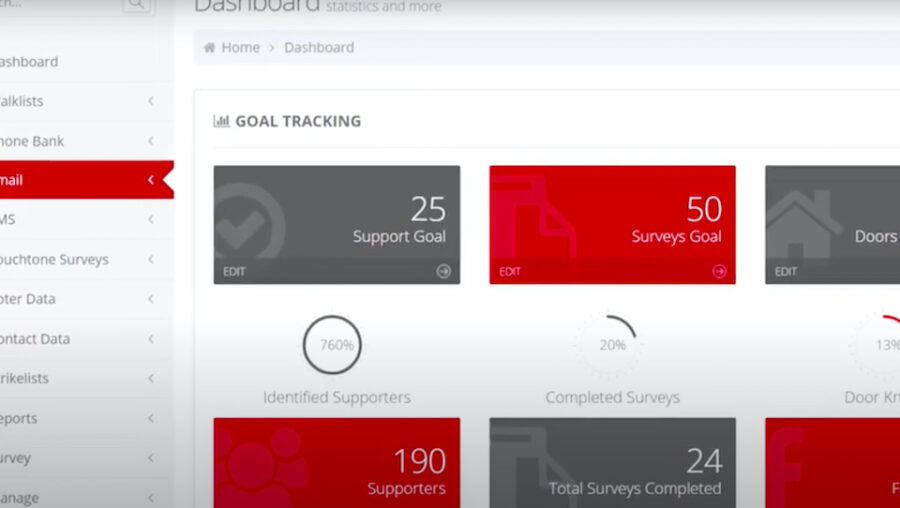 The Center for Media and Democracy (CMD), Common Cause, and Alliance for a Better Utah are filing campaign finance complaints in 15 states this week against the American Legislative Exchange Council (ALEC) and its legislative leaders for illegally giving and receiving sophisticated voter management campaign software linked to the Republican National Committee (RNC) to help their campaigns.

By making the partisan voter management and campaign software available to its 2,000-plus members across the country, ALEC illegally provided in-kind campaign contributions worth more than $6 million in the 2020 election cycle, in violation of its 501(c)(3) charitable tax-status, the Center for Media and Democracy (CMD) charged in a separate submission to the IRS Whistleblower Office on July 20.

The state complaints can be viewed here as they are filed.

The software, dubbed “ALEC CARE” and valued by ALEC at $3,000 per legislator, is owned and operated by VoterGravity, a Republican voter data company conceived and run by Ned Ryun. Ryun, is the founder and president of a right-wing candidate training operation, American Majority, and its voter mobilization affiliate, American Majority Action, which are closely allied with the Tea Party. American Majority Action’s latest available IRS filing shows that it owns 84 percent of Voter Gravity, and both list a post office box in Purcellville, Virginia as their address.

The complaint asks state oversight agencies to investigate the scheme and use their subpoena powers to determine the full list of ALEC state legislators receiving the voter software and whether the software was used by legislative staff on state time or in state offices.

“Voters deserve to know who is buying influence with their elected officials and that is exactly what ALEC is doing in providing this software to legislators,” said Karen Hobert Flynn, president of Common Cause. “This is sophisticated software worth thousands of dollars that aids the reelection efforts of these legislators, and the legislators know that. This isn’t buying a legislator a cup of coffee to bend their ear about your bill. These are valuable in-kind contributions plain and simple.”

“ALEC has abused its tax-exempt status for a decade or more,” said Eric Havian, a prominent whistleblower attorney at Constantine Cannon who filed the IRS claim on CMD’s behalf. “I can only hope that we have not become too accustomed to fraud in plain sight, and that the IRS will finally take action to stop taxpayers from subsidizing ALEC’s partisan electioneering and lobbying.”

Marcus Owens, former Director of the Exempt Organizations Division of the Internal Revenue Service, told CMD, “The fact that ALEC’s constituent management program typically costs ‘thousands of dollars,’ but it is being provided free of charge to selected legislators, would constitute a contribution to the legislator.”

“The fact that there may well be sub rosa links between databases created by the management program and organizations engaged in partisan political activity suggests another potential electioneering event,” Owens said.

ALEC’s disclaimers and transparent repackaging of a powerful campaign tool as “constituent communications” do nothing to reduce its campaign value. The RNC-integrated software comes fully loaded with all campaign data and functions, and data entered by ALEC members get added to the RNC’s database, thereby directly benefiting the Republican Party. ALEC’s promotional pitch that, “With the opportunities afforded by CARE, our members can be ahead of their colleagues,” is just coded language for what VoterGravity says to its users at its demo page: “Ready to win?”

ALEC has abused its non-profit status for many years. Common Cause filed a separate whistleblower submission to the IRS in collaboration with CMD in 2012—and supplemented in 2013, 2015, and 2016—detailing ALEC’s extensive underreporting of lobbying activity and activities to promote the private interests of its corporate sponsors, including ExxonMobil, in violation of its 501(c)(3) status.

The Center for Media and Democracy is a nationally recognized watchdog that leads in depth, award winning investigations into hidden avenues of special interest influence in government and the media.

Common Cause is a nonpartisan, grassroots organization dedicated to upholding the core values of American democracy. We work to create open, honest, and accountable government that serves the public interest; promote equal rights, opportunity, and representation for all; and empower all people to make their voices heard in the political process.

Alliance for a Better Utah is a nonprofit that holds politicians accountable and advocates for progressive policies that make Utah an even better place. The organization improves the lives of all Utahns through advocacy, transparency, and accountability in Utah politics, policy, and government.