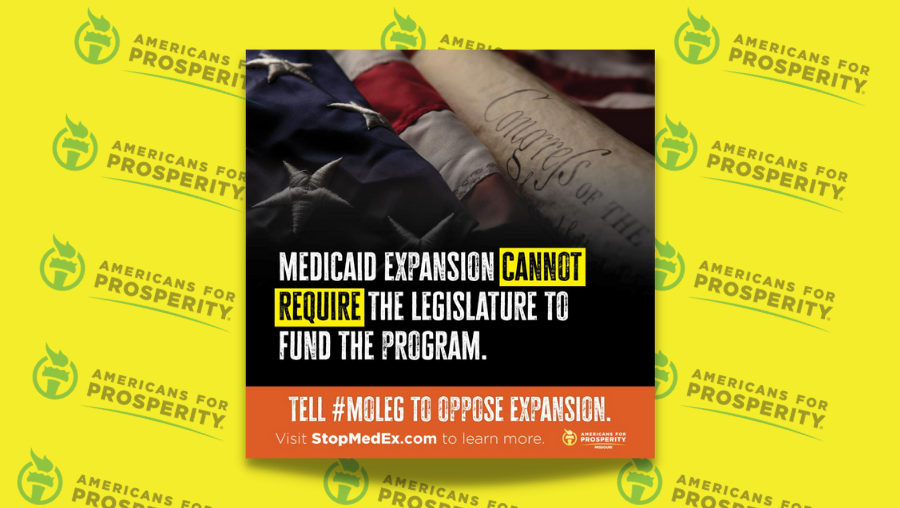 Adapted from image by AFP-Missouri

Despite years of effort by the Koch political network and the GOP to stop it, Missouri’s expanded Medicaid program will start enrolling new applicants on Oct. 1.

Missouri voters approved a ballot measure in August 2020 for a constitutional amendment to extend Medicaid to Missourians who earn up to 138% of the poverty line, as opposed to the prior law which provided benefits up to only 100% of the poverty line. That means that 205,000 residents qualify for the program.

After the measure passed, libertarian billionaire Charles Koch’s astroturf group Americans for Prosperity (AFP) encouraged the GOP-led state legislature not to fund the expansion, but on Aug. 9 of this year, a Missouri judge ruled that the state must move ahead on enrolling applicants.

With Missouri beginning enrollment for new Medicaid applicants, just 12 states remain that have not taken advantage of the Medicaid expansion option offered under the 2010 Affordable Care Act, which initially provides for the federal government to pay 90% of the cost of expansion. An estimated four million Americans would gain coverage by Medicaid if it was expanded in the remaining states.

AFP and the right-wing Foundation for Government Accountability are leading campaigns to keep that from happening.

South Dakota Is Next Battleground

If enough signatures are collected by this November, a voter initiative will appear on the ballot in South Dakota to expand Medicaid under state law on Nov. 8, 2022.

Medicaid expansion in South Dakota would insure 27,800 non-elderly adults, 42% of the state’s uninsured population. Seven of ten of the newly insured would be adults living below the poverty line.

AFP-South Dakota has begun circulating a petition against expansion, arguing that “Medicaid was intended to help America’s most vulnerable like the elderly and the disabled, but its expansion to able-bodied working adults would create massive strains on taxpayers and shrink resources available for those truly needy populations.”

Invoking “able-bodied people” gaming the system is AFP’s familiar trope in state after state, while there is evidence that few non-working, able-bodied people benefit from Medicaid expansion. According to the Center for Health Policy Research at George Washington University,

Only 13 percent of adults covered by Medicaid’s expansion are able-bodied and not working, in school, or seeking work. Of that small group, three-quarters report they are not working in order to care for family members and the rest report other reasons, like being laid off. A much higher share of overall American adults are unemployed or not in the labor force (28 percent), according to 2015 Census data. Medicaid expansion enrollees are more likely to be working or looking for work than the general public, unless they are burdened by ill health or the needs of their families.

If South Dakota were to act now, the American Rescue Plan Act would give, in addition to the 90% federal matching funds available under the Affordable Care Act, another 5% increase in their regular federal matching rate for two years after the expansion takes effect.

The American Rescue Plan Act, the $1.9 trillion Covid rescue plan passed by Congress in March 2021, also extends postpartum coverage, provides for 100% coverage for Covid vaccinations for those on Medicaid, and increases funds for home and community-based medical services.

Efforts are also underway to put Medicaid expansion initiatives on the ballot in Florida and Mississippi in 2022.