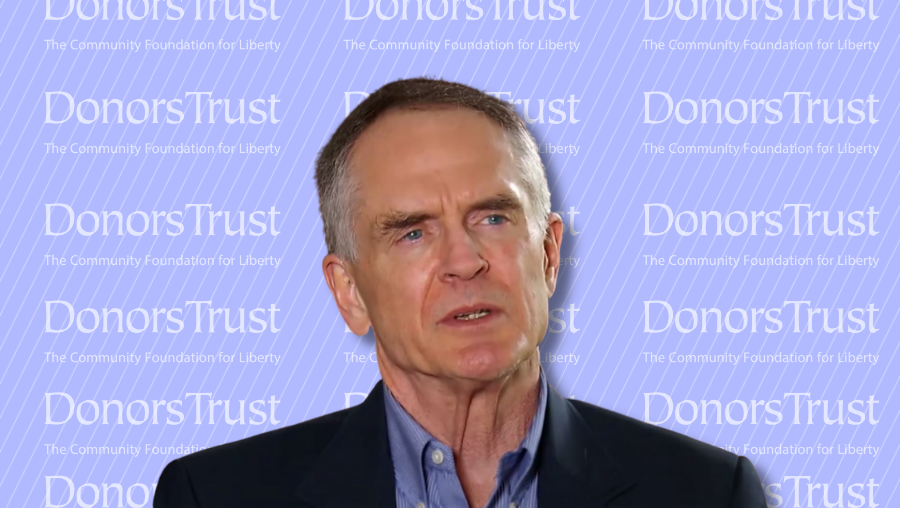 For the second year in a row, the right wing’s favorite dark money donation vehicle has given an unprecedented sum to a notorious white nationalist hate group.

That amount exceeds the New Century Foundation’s total annual revenue in any year since 2010.

American Renaissance, which is designated by the Southern Poverty Law Center (SPLC) as a white nationalist hate group, is Taylor’s online magazine and is known for creating the black-on-white crime myth, which has inspired terrorists including Dylann Roof to commit mass murder.

“You don’t exactly need a PhD to understand why Jared Taylor is a white nationalist,” said Michael Edison Hayden, a senior investigative reporter and spokesperson for the SPLC. “He believes that Black people are less intelligent, less empathetic, and less human than white people. He will tell you that with his own words and does so every day on his website, which is so grotesquely and openly racist I sometimes feel nauseated reading it.”

DonorsTrust is a fund associated with the Kochs, the Mercers, and other right-wing billionaire families. It is a donor-advised fund sponsor, meaning that it manages individual charitable accounts for its clients for a fee. These clients, who can hide their identities from the public by using DonorsTrust, “advise” DonorsTrust about where the money should go, but the organization has total legal authority to decide which organizations will receive funding.

In 2020, DonorsTrust also gave $75,000 to the foundation behind the prominent white nationalist hate group VDARE, the tax records show. The previous year, as CMD first reported, DonorsTrust gave over $1.5 million to the VDARE Foundation. The amount was far greater than the group’s previous annual revenue record and likely helped VDARE purchase a castle in West Virginia. In total, VDARE took in a whopping $4.3 million in 2019, as CMD and the SPLC reported.

VDARE, led by Peter Brimelow, promotes the white genocide conspiracy theory, a central tenet of white nationalism, has published apologia for white nationalist terrorists, and regularly churns out anti-immigrant propaganda. “There’s ethnic specialization in crime,” said Brimelow at a 2017 event hosted by American Renaissance, “and Hispanics do specialize in rape, particularly of children. They’re very prone to it, compared to other groups.”

As the American conservative movement, inspired by the racism and conspiracy theories of former president Donald Trump, moves further and further to the right, DonorsTrust has dramatically increased its funding of white nationalist hate groups. Before 2019, the charity had not donated to such groups, although for some time it has been financing anti-Muslim, anti-immigrant, and anti-LGBTQ hate groups. As CMD reported, the trend continued in 2020: DonorsTrust doled out large sums to the Center for Security Policy ($1.8 million), the David Horowitz Freedom Center (nearly $200,000), and the Pacific Justice Institute ($74,000), among other extremist organizations.

DonorsTrust did not immediately respond to an emailed request for comment.

“DonorsTrust deserves all the scrutiny it can get for funding American Renaissance,” said SPLC’s Hayden. “All Americans, regardless of race, suffer immensely when financial institutions lift up those who deem Black people to be subhuman. It sets our country back by decades.”

The National Philanthropic Trust donated to these two groups for the first time in 2020, giving $50,000 each to the New Century Foundation and the VDARE Foundation. Through a spokesperson, the trust evaded responsibility for its donations.

Our donors recommend grants that support a variety of organizations, all in good standing with the IRS, which may be on differing sides of a cause. NPT does not take a position on which causes our donors support however we carefully follow strict due diligence procedures to ensure compliance with all applicable laws and regulations. In accordance with NPT policy, we suspend grants to charities under investigation by any regulatory body that calls into question an organization’s ability to carry out a charitable mission.

Other recent funders of white nationalist hate groups include the donors-advised fund sponsors linked to the Fidelity, Schwab, and Vanguard investment firms.

This article has been updated to include a comment from the National Philanthropic Trust.