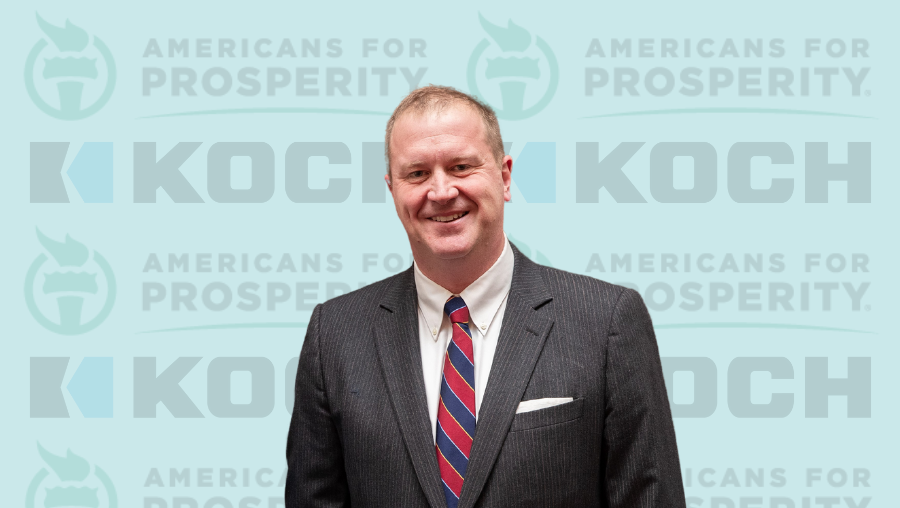 Adapted from an image from the U.S. Department of Education.

Through its political arm, the network of fossil fuel billionaire Charles Koch recently endorsed Missouri Attorney General Eric Schmitt in the GOP primary to fill what will be an open seat for the U.S. Senate.

Americans for Prosperity Action (AFP Action), the electoral operation of the astro-turf Americans for Prosperity advocacy group, runs independent expenditure campaigns and spent nearly $48 million in the 2020 federal elections, the majority of which boosted Republican Senate candidates through a combination of digital advertising, direct mail, and canvassing in 11 states. AFP Action’s top two donors were Koch Industries, which gave $8 million, and the Koch-tied Freedom Partners Action Fund, which contributed $6.5 million.

Schmitt has raised $2 million for his primary and is already airing TV ads.

If former President Donald Trump does not endorse Schmitt in the GOP primary—and several candidates are vying for his support—it could set the stage for a heavily funded contest between Koch and Trump.

Also in the race is former Gov. Eric Greitens, who is leading in the primary polls and is seen by many as being the MAGA candidate.

Trump has reportedly expressed doubt that Greitens could win. The ex-governor has recently faced two felony charges. He was indicted on Feb. 16 on a felony invasion of privacy charge for allegedly taking a compromising photo of a woman with whom he had an affair in 2015. In April 2018, Greitens was charged with a felony for tampering with a computer, allegedly taking email and donor lists from a charity group for fundraising purposes.

Both charges were dropped on May 14, but in the wake of threats by the state legislature that he resign or be impeached, Greitens resigned as governor on June 1.

Seven other Republicans have also announced for the primary, including U.S. Rep. Billy Long, who is also kissing Trump’s ring in hopes of an endorsement.

In its endorsement, AFP Action said that “Schmitt is the proven leader we need to stand against Washington’s endless cradle-to-grave expansion of the federal government.”

AFP supports Schmitt for a number of reasons. A signature campaign issue is the elimination of a Covid-19 mask mandate in Missouri high schools. He is also part of a group of AGs suing the Biden administration for its vaccine mandate for private businesses of over 100 employees. Koch-backed organizations have publicly opposed school mask mandates and mask mandates for unvaccinated employees.

Schmitt thinks states should be able to spend federal Covid aid on lowering taxes, not just on Covid-related issues. One of Charles Koch’s biggest long-term agenda items is lowering or eliminating taxes. And as a state senator, Schmitt helped pass legislation to promote charter schools, which AFP supports.

Prior to becoming AG in 2019, Schmitt served as Missouri state treasurer and in the Missouri state Senate. At the national level, he has served as interim chairman of the Republican Attorneys General Association (RAGA) and is currently its vice chairman.

While Schmitt might not get Trump’s endorsement, RAGA went all-in on the former president’s false election fraud claims and was involved in the events that led to the deadly Capitol insurrection. RAGA was a member of the “March to Save America” coalition that organized the Jan. 6 rally in D.C. to overturn the presidential election results. Its dark money partner, the Rule of Law Defense Fund, ran robocalls ahead of time explicitly urging protesters to march on the U.S. Capitol. The calls and rally support were funded by Julie Jenkins Fancelli, the heiress to the Publix supermarket fortune.

RAGA, which offers corporations degrees of access to GOP AGs based on the amount of money they donate, has been helpful to Koch’s oil and gas sector. After fossil fuel companies gave millions to RAGA, GOP AGs made decisions favorable to the interests of those companies. In 2016, the Center for Media and Democracy (CMD) exposed secret meetings between fossil fuel lobbyists and RAGA members “to coordinate on shielding ExxonMobil from scrutiny” as the public grew aware of the company’s efforts to hide what it knew about climate change from its shareholders and the public.