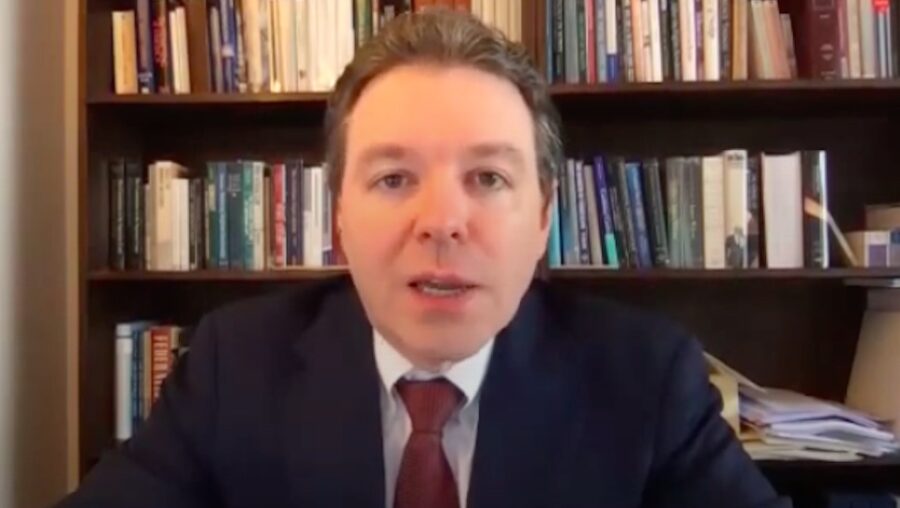 “Will you be at ALEC* this December? FRC will be hosting a Pro-Life Legislative Summit Saturday morning after the conference,” an invitation sent to ALEC legislators and obtained by CMD reads.

While the invite states the “event is hosted by FRC and is not part of the ALEC conference,” it was sent to ALEC members and asks recipients to “Please wear your event badge.”

The Southern Poverty Law Center has designated FRC as an anti-LGBTQ hate group.

It’s not the first time ALEC has cozied up to the hate group or other religious Right organizations. FRC hosted a “Values Action Dinner” at ALEC’s annual meeting in Utah last July, where the group promoted anti-trans legislation to ALEC legislators. ALEC has also provided space at its meeting for Alliance Defending Freedom, the National Association of Christian Lawmakers, and the National Pro-Life Women’s Caucus.

The event also fits into ALEC’s strategy of outsourcing access to its legislative members on controversial issues that could jeopardize the group’s support from the corporations that bankroll its operations.

“We’ve had a history of working on other issues like gun rights and social issues and things like that, which has not ended well for ALEC,” said CEO Lisa Nelson at a “Saving America Through the States” action session at the 40th Anniversary May 2021 meeting of the Council for National Policy, a secretive, far-right Christian network. “Because of our intersection of business and legislators we kind of stick to the fiscal issues.”

At that forum, State Sen. Jason Rapert (R-Ark), an ALEC member, described how, “We created the National Association of Christian Lawmakers, which is basically ALEC from a Biblical worldview” to “allow[] us to deal with those issues that [Nelson] said [are] not the direct mission” of ALEC.

Using the Texas “Heartbeat” Bill as a Model

December’s FRC “Pro-Life Legislative Summit” for ALEC members featured Jonathan Mitchell, “the author of the groundbreaking Texas Heartbeat Act,” speaking on “how states can respond to one of the most eagerly awaited Supreme Court cases – Dobbs v. Jackson Women’s Health Organization – and see successful legislation like the Texas Heartbeat Act passed in your state.”

The Texas Heartbeat Act, or Texas Senate Bill 8, essentially bans abortions in the state at around six weeks of pregnancy or when fetal cardiac activity may be detected, even in cases where conception resulted from rape or incest.

The reference to a “heartbeat” in the SB 8 is “medically inaccurate,” because an embryo does not have a developed heart at six weeks, and the “beat” is actually electrical impulses. The sound one hears is generated by the ultrasound machine.

A divided Supreme Court used its shadow docket to allow the law to stand pending numerous legal challenges shortly before it went into effect on Aug. 31.

Mitchell, a former solicitor general in Texas, is credited with coming up with the strategy that exploited legal loopholes that has allowed the law to stand by effectively outsourcing enforcement to private individuals.

At least 12 states have versions of a heartbeat bill on the books that could go into effect if the landmark decision upholding abortion rights, Roe v. Wade, is overturned.

Oral arguments in the Supreme Court case Dobbs v. Jackson Women’s Health Organization, challenging Mississippi’s ban on abortion after 15 weeks, were heard in December, and a decision is expected from the nation’s highest court by June.

Anti-abortion groups like FRC believe the case “changes the trajectory of the pro-life movement” because the Supreme Court is now firmly captured by the Right following Trump’s appointment of justices Neil Gorsuch, Brett Kavanaugh, and Amy Coney Barrett.

“We think that’s going to be a landmark case. All of us know that the United State Supreme Court composition has changed. We believe, in a way, that is more pro-life,” Gunn told meeting attendees. “They say that Amy Coney Barrett is one of the most active, pro-life people in America, so we believe that she brings a new dynamic to that court. We think our case, our law that we passed in 2018, will be transformative in the arena in abortion. We’re proud of that.”

In one paper, FRC argues against women’s access to abortion, and another provides policy prescriptions to “defund both abortions and abortion centers.”

FRC also circulated a paper on anti-trans legislation, known as the “Save Adolescents from Experimentation Act” (SAFE Act), that would ban gender-affirming medical treatments and hormone therapies for transgender youth.

In one paper, FRC argues that these treatments “violate the most fundamental principle of medical ethics – ‘First, do no harm.'”

Arkansas’s SAFE Act, enacted over the governor’s veto in April 2021, was blocked by a federal judge after the American Civil Liberties Union filed suit arguing that the law violates the U.S. Constitution. FRC filed an amicus brief in the support of Arkansas in the case.