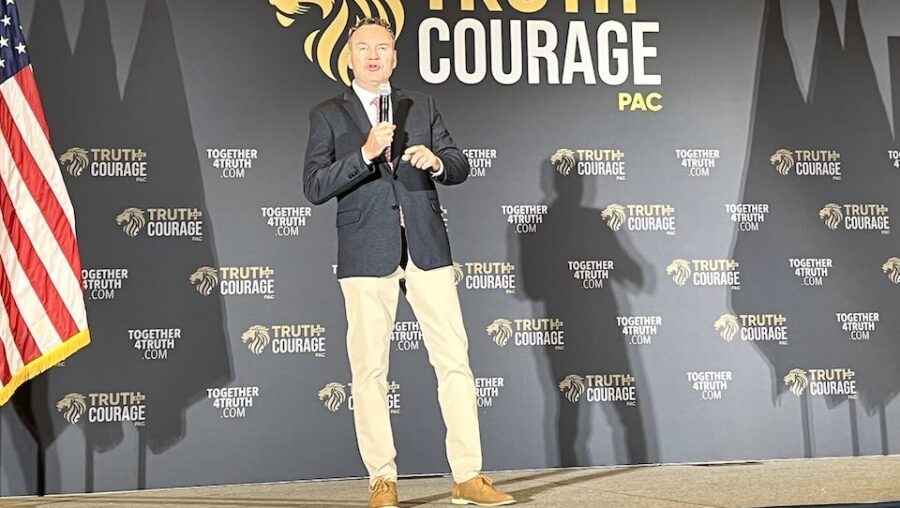 Photo adapted from image on Twitter/@michelsforgov

Michels Corporation, a construction company owned by a GOP gubernatorial primary candidate in Wisconsin, has been fined $160,862 for repeated federal regulatory violations over the past decade, the Center for Media and Democracy has learned.

Tim Michels, endorsed by former President Trump for the August 9, 2022, Wisconsin primary, is the owner of Michels Corporation, a pipeline and energy construction company headquartered in Brownsville, Wisconsin.

OSHA fines were not the only federal regulatory violations committed by the company. The Wage and Hour division of the U.S. Department of Labor fined Michels Corporation $8,886 in 2012 for violating federal prevailing wage law for public works. Federal prevailing wage law, also known as Davis-Bacon has, among other goals, preventing non-union firms from undercutting union firms in public construction projects.

Additionally, the Federal Motor Carrier Safety Administration won $8,700 in fines against Michels in a civil lawsuit in 2019.

There was also an enforcement action by the Mine Health and Safety Administration (MHSA) of the Department of Labor against Michels, the result of a worker fatality from a dust gas explosion of crushed limestone in 2015. The penalty was suspended when Michels took corrective action to prevent future accidents.

There was also a settled personal injury lawsuit against Michels. In 2021, a $4.5 million settlement was reached on behalf of a worker whose leg was ultimately amputated as the result of an injury from a fall from the top platform of a construction job trailer on Feb. 6, 2015, in Rossville, Ill. Michels was one of three defendants.

Michels is one of two candidates leading in the Wisconsin GOP primary that will be held on Aug. 9, with the other being former Gov. Scott Walker’s (R) Lt. Gov. Rebecca Kleefisch.

The winner will take on incumbent Gov. Tony Evers (D) in November.

The OSHA data comes from Violation Tracker, a project of the nonpartisan Good Jobs First.