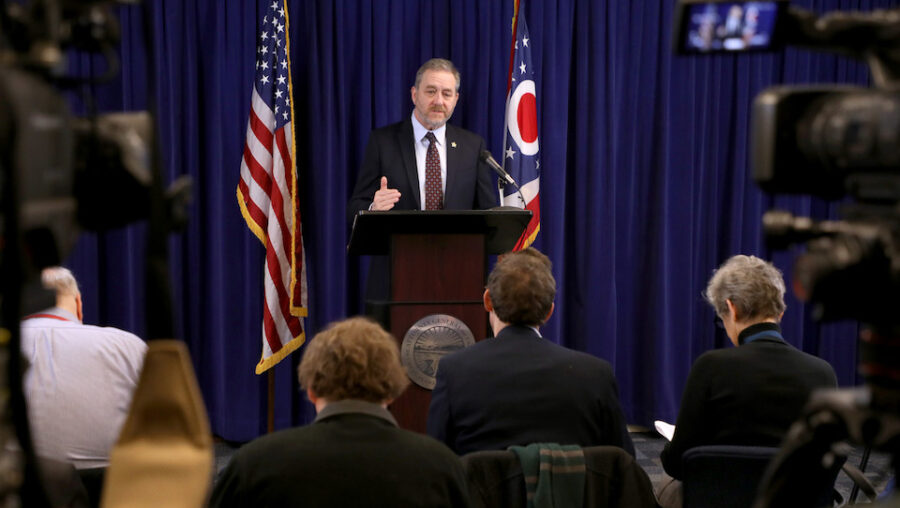 “Attorney General Yost has stonewalled CMD, the courts, and the people of Ohio for years to hide his dealings with RAGA’s hyper-partisan and pay-to-play operations,” said CMD Executive Director Arn Pearson. “It is high time for Yost to comply with Ohio’s freedom of information law and stop hiding behind flimsy excuses.”

RAGA and RLDF are cash-for-influence organizations that promote and coordinate actions by Republican attorneys general at the behest of its corporate members in the energy, pharmaceutical, telecom, financial, and other industries. RAGA frequently coordinates and influences Republican Attorneys General to use the power of their offices in cases that advance partisan and private interests.

Recently, Yost joined RAGA attorneys general in 18 states to pressure BlackRock to abandon its efforts to address the climate crisis through ESG investments. He also used his position to lead the RAGA-coordinated amicus brief of Republican attorneys general supporting the dismissal of federal criminal charges against Michael Flynn, the Trump administration’s former national security advisor who pleaded guilty to lying to the FBI.

RAGA was also involved in former President Trump’s efforts to overturn the 2020 election. It was a member of the March to Save America coalition that organized the Jan. 6 rally in D.C. that turned into a violent invasion of the U.S. Capitol, and its policy arm paid for robocalls on Jan. 5 urging people to march on the Capitol.

For years, CMD has made multiple requests for records of communications between Yost’s office and RAGA/RLDF. The requests were made because Yost and his staff appear in their official capacity at RAGA and RLDF events, participate in RAGA-coordinated official actions, and discuss legal strategies and policy with corporate lobbyists. The requests were denied, at first because Yost claimed the requested communications were not public records, and then, later, because no such records existed. Even after CMD confronted Yost with emails obtained from other state attorneys general proving Yost’s office communicated with and about RAGA, the Ohio Attorney General continued to refuse to honor its request.

CMD filed its first suit against Yost in December 2020, and deposed several Yost staffers in the spring of 2021. After months of obstruction by Yost and his office, a magistrate ruled in September 2021 that Yost must produce documents CMD requested in discovery and appear for a deposition. Yost appealed, and that appeal is still pending in the state Court of Appeals.

A full copy of CMD’s complaint is available here, and embedded below.